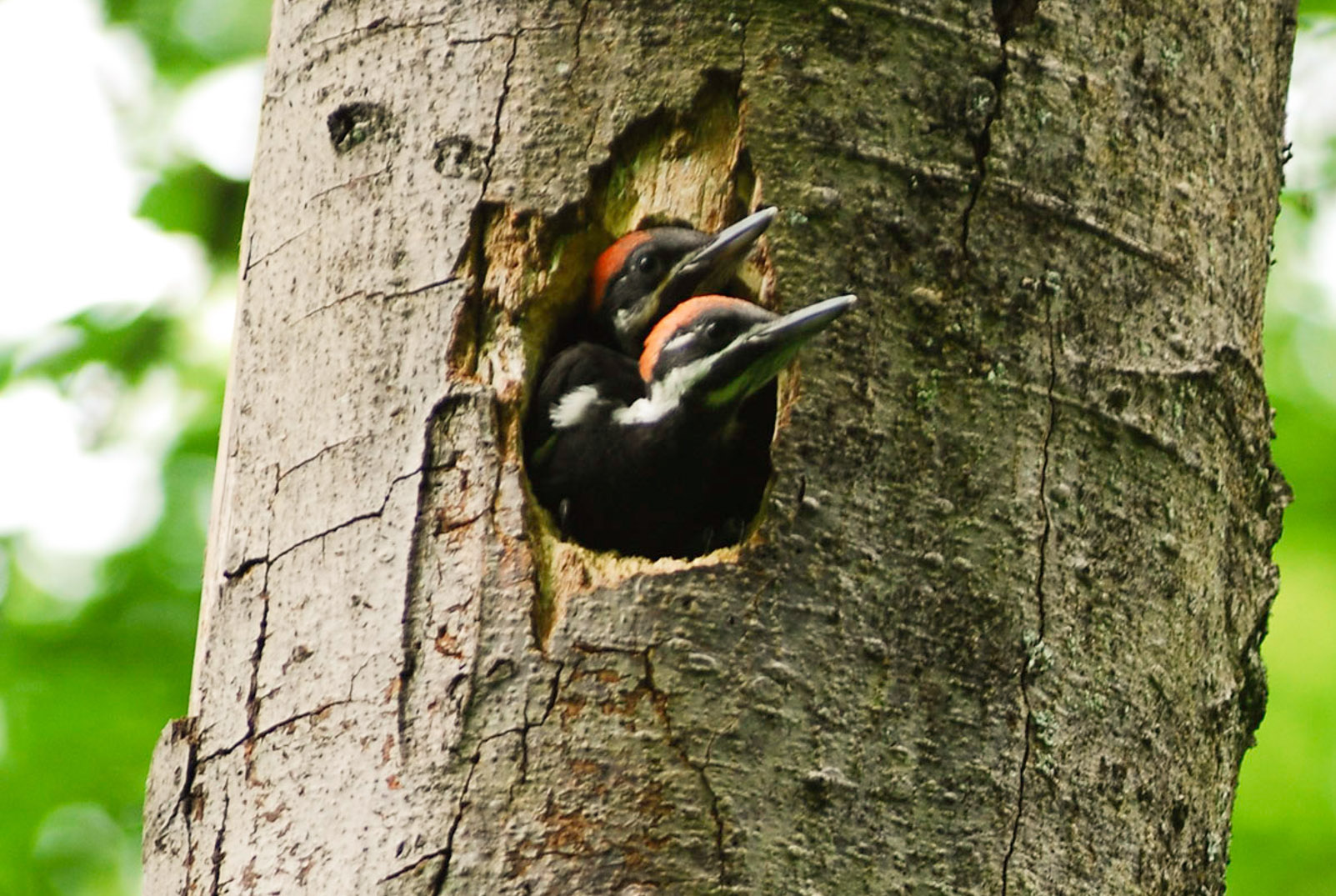 The Imperial Woodpecker and the Ivory-billed Woodpecker, which were the once largest woodpeckers in North America, most likely became extinct at some point during the twentieth century. Researchers have now investigated the fate of their surviving cousin, the Pileated Woodpecker, in suburban areas of Seattle.

The study revealed that the woodpeckers can coexist with developed land as long as the tree cover remains above a certain threshold.

Researchers Jorge Tomasevic and John Marzluf monitored 16 Pileated Woodpeckers at 9 sites with varying degrees of urbanization across Seattle. After tracking each bird for about a year using radio tags, the experts found that Pileated Woodpeckers are very resourceful, using forested areas such as parks as well as moderately urbanized areas where some trees had been retained. They also took advantage of backyard bird feeders.

Desiree Narango is an expert on avian urban ecology at the University of Delaware.

“As suburban sprawl becomes more and more ubiquitous, it’s imperative that we consider which specific yard features can be promoted to share our neighborhoods with wildlife,” said Narango. “This paper is a nice example showing that even a mature forest specialist can use and navigate the suburban landscape if we provide the resources they need: large trees and some retained wooded areas.”

According to the research, Pileated Woodpeckers and other species that are associated with them can be sustained by preserving at least 20 percent of the forest cover in large suburban areas. This includes dead trees that are still standing.

“You’d think that such large bird would be easy to find, especially when carrying a transmitter, but they did a very good job hiding,” explained Tomasevic. “It was also very challenging to work in populated areas. I have so many anecdotes, good and bad, about dealing with people and people dealing with me doing my work.”

“Some people were very friendly, but some were a little nervous with me walking around the neighborhood. I tried to look as official as possible, with University of Washington logos on my jacket, and I created a website for the project and printed some business cards. It was a great opportunity to do outreach, and I’m still friends with some of the neighborhood residents.”