US agency to remove one million acres of wild horse habitat • Earth.com 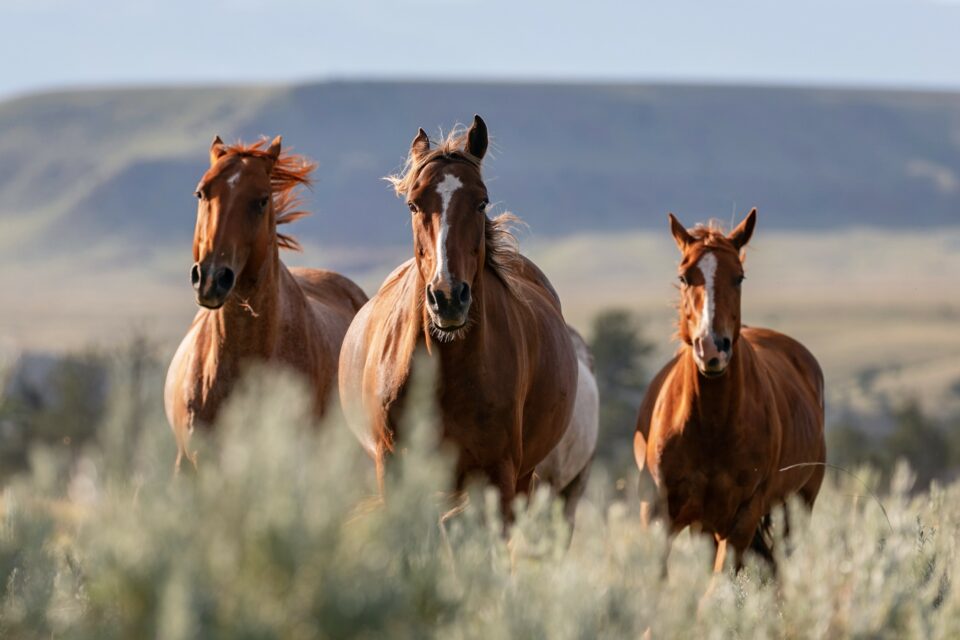 US agency to remove one million acres of wild horse habitat

The Bureau of Land Management (BLM) has just released a plan to eliminate two wild horse management areas and shrink the third significantly. Overall, this would remove an approximate one million acres of wild horse habitat.

The agency’s plan is focused on an area near Rock Springs, Wyoming, that is known as the Checkerboard. The wild horse areas set to be “zeroed out” are the Salt Wells Creek and Great Divide Basin management areas.

The BLM will effectively eliminate over 50 percent of the wild horse habitat in Wyoming. The plan has been strongly criticized by the American Wild Horse Campaign (AWHC).

“The Bureau of Land Management (BLM) has just approved the largest ever eradication of federally-protected wild horses from western public lands. It will destroy what the BLM itself calls ‘some of the most breathtaking wild horses and habitat in the country,’” said Suzanne Roy, executive director of the AWHC.

“This unjustifiable action is being dictated solely by private ranching interests and is at odds with the wishes of 88 percent of Americans who want wild horses protected in the wild where they belong.”

Originally, the BLM planned to manage a nearby herd in the White Mountain HMA, including the Pilot Butte Scenic Wild Horse Viewing Loop, as a non-producing herd. Under this plan, the animals would be sterilized. However, the agency changed its plan under the objections of locals, including Rock Springs City Councilman Tim Savage.

The current plan is the result of a lawsuit filed against the BLM by the Rock Springs Grazing Association (RSGA). The lawsuit demanded the removal of horses from the Checkerboard area, in favor of private ranching on public land with ridiculously low cost leases as well as on private land. In 2013, the lawsuit was settled by the BLM with a consent decree. Under the decree, it was agreed that the BLM would change their management plan to remove horses from the area.

Findings in lawsuits filed by AWHC have concluded that the BLM does not have an obligation to remove the horses simply because they exceed arbitrary population limits. However, they can remove the horses from public land while removing them from private land without undergoing review under the National Environmental Policy Act.

The BLM plan to remove horses to pens comes as some of their off range corrals are already being afflicted by an outbreak of a contagious disease known as strangles.