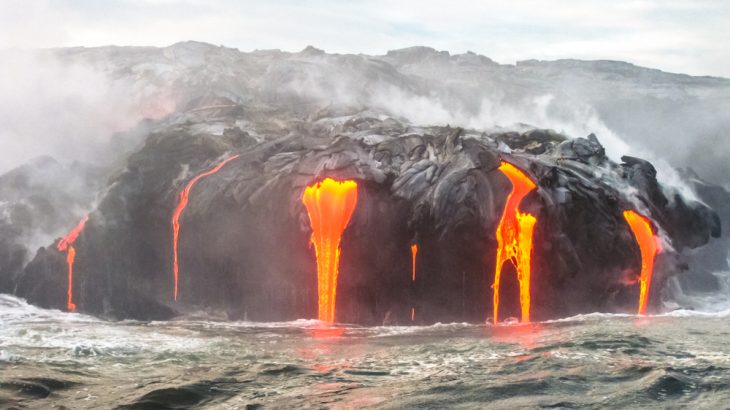 All active volcanoes pose a risk to nearby people and communities, but some are more dangerous than others. In an updated volcano threat assessment, the U.S. Geological Survey has listed 18 volcanoes as “very high threats.”

Eleven of the 18 riskiest volcanoes in the U.S. are in Washington, Oregon or California, and five are in Alaska, but it’s Hawaii’s erupting Kilauea that tops the volcano threat list.

“This report may come as a surprise to many, but not to volcanologists,” Dr. Janine Krippner of Concord University told the Daily Mail. “The USA is one of the most active countries in the world when it comes to volcanic activity.”

Each volcano threat was assessed on 24 different different risk factors, including how active the volcano is, its historic eruptions, how close it is to large populations, and more.

But a high-risk volcano won’t necessarily be the next one to erupt and cause damage.

“The threat ranking is not an indication of which volcano will erupt next,” the USGS report noted. “Rather, it indicates how severe the impacts might be from future eruptions at any given volcano.”

The top five “high threat” volcanoes on the report are Hawaii’s Kilauea, Mount St. Helens and Mount Rainier in Washington, Redoubt Volcano in Alaska, and Mount Shasta in California. The majority of the moderate threat volcanoes are in Alaska, the USGS reported. The report also raised the volcano threat level of Yellowstone in Wyoming.

The volcano threat assessment comes at a time when about 800 million people around the world live within 60 miles of an active volcano.

“Understanding how volcanic threat varies with distance from the volcano and which groups of people are affected most can contribute to risk reduction by providing empirical data on which to forecast impacts or support evidence-based eruption planning and preparedness,” researchers wrote in a study published last October.