Vegetation is a key driver of energy flux in the Arctic • Earth.com 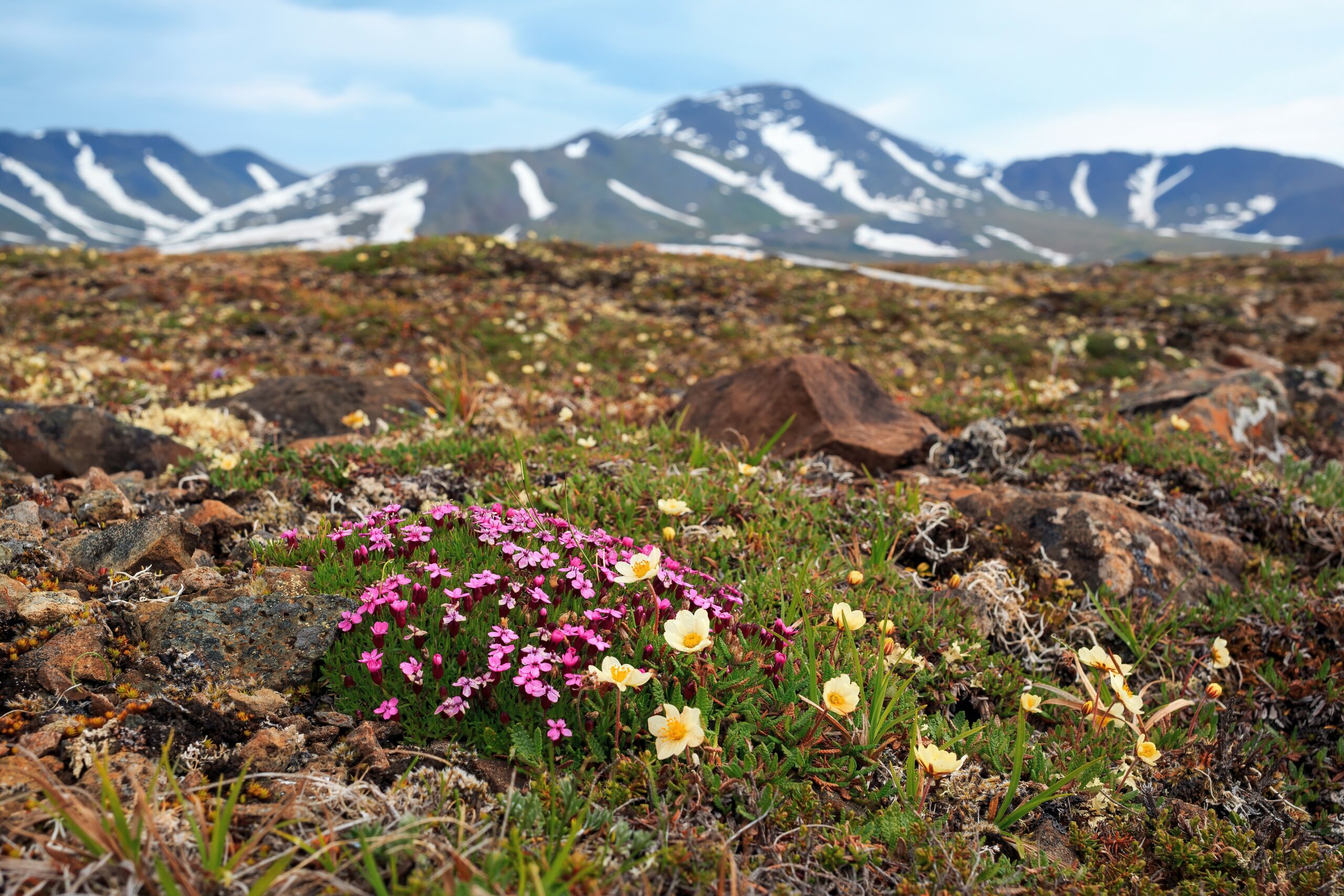 Vegetation is a key driver of energy flux in the Arctic

The Arctic is warming up at twice the average global rate and this is predicted to affect a variety of biogeophysical variables, such as rainfall, permafrost temperatures, ice mass, snow thickness and the structure and composition of Arctic vegetation. In turn, different types of vegetation influence the surface energy budget (SEB), which is the energy exchange between the Earth’s surface and the atmosphere. It is thus highly relevant to ask how the various types of vegetation found in the Arctic affect the surface energy budget, in order to understand how energy exchange in this sensitive area may change in the future.

An international team, led by two researchers from the Department of Evolutionary Biology and Environmental Studies of the University of Zurich (UZH), has now taken a closer look at the factors driving the energy flux of the land surface in the Arctic. They focused their study on the circumpolar land north of 60° latitude, and specifically on the extent of the circumpolar Arctic vegetation map (CAVM). At 64 different tundra and glacier study sites across the area, they obtained half-hourly and hourly in situ observations of energy fluxes and meteorological variables from various monitoring networks, over the period between 1994 and 2021.

Their focus was on the summer months between June and August, during which sunlight, and thus energy absorption, is particularly high. Depending on the type of vegetation, either the surface or the air are warmed to varying degrees. In addition, with increasing shrub density land warms up earlier after winter. “The shrubs’ dark branches emerge from under the snow early, absorb sunlight and pass it on to the surface long before the snow melts away,” explains postdoc Jacqueline Oehri, first author of the study.

In an effort to explain differences in surface energy fluxes at the different sites, the scientists used a variance partitioning analysis to compare the extent to which 15 selected drivers predict mean magnitudes of surface energy fluxes. The drivers included factors such as cloud cover, snow cover, soil and permafrost characteristics, topography, precipitation, air temperature and vegetation type.

According to the researchers, current Earth system models represent Arctic vegetation as being of one or only a few functional types, while in truth it is far more diverse. In their study, they quantified the presence of all the main classes of vegetation described in the CAVM, namely barren complexes, grassy tundra, prostrate dwarf-shrub tundra, erect-shrub tundra, wetland complexes, glaciers and boreal peat bog.

Their results, published in the journal Nature Communications, indicated that the Arctic’s diverse vegetation, which is disregarded in most climate models, is one of the key factors predicting the extent of the summer energy exchange between the Earth’s land surface and the atmosphere.

“Remarkably, in summer the difference in heat flux between two types of vegetation – such as a landscape dominated by lichens and mosses, and one with shrubs – is about the same as between the surface of glaciers and green grasslands,” says Oehri.

The researchers suggest that the various types of Arctic vegetation have different heights, productivities and albedos (solar radiation reflected rather than absorbed), all of which may affect surface energy fluxes. Furthermore, they say that as the Arctic warms, the distribution and extent of the different vegetation types will change, which will further impact climate changes.

“Our findings on the energy flows in the Arctic are extremely relevant, since the preservation of permafrost depends to a large extent on the heat flux into the ground,” says UZH professor Gabriela Schaepman-Strub. The study’s data now make it possible to incorporate the effects of different plant communities, and their distribution, into climate predictions. Researchers can thus use improved climate models to calculate whether, and to which extent, tundra vegetation in the Arctic plays a role in cooling the land surface.

“We now know which plant communities have a particularly pronounced cooling or warming effect through energy exchange. This enables us to determine how changes in plant communities, which are occurring in many regions in the Arctic, are affecting permafrost and the climate,” says Schaepman-Strub.

However, the study does highlight important data gaps. Long-term, year-round energy flux data for Arctic vegetation are still very scarce, and data are missing for autumn and winter seasons at many sites. In addition, observations for barren tundra vegetation are few and far between, even though this type of vegetation shows large differences in surface energy flux from the other types of tundra. The authors believe that new stations are needed in those Arctic landscapes where data are incomplete, and they also call for current stations to remain in operation.

The Arctic is changing rapidly and will have a major impact on the climate dynamics of the entire planet. This study indicates the important role of vegetation in driving energy exchanges, and emphasizes the fact that understanding and predicting how vegetation will be distributed in the Arctic in future, will help scientists to make more accurate climate projections in this sensitive system, as well as globally.