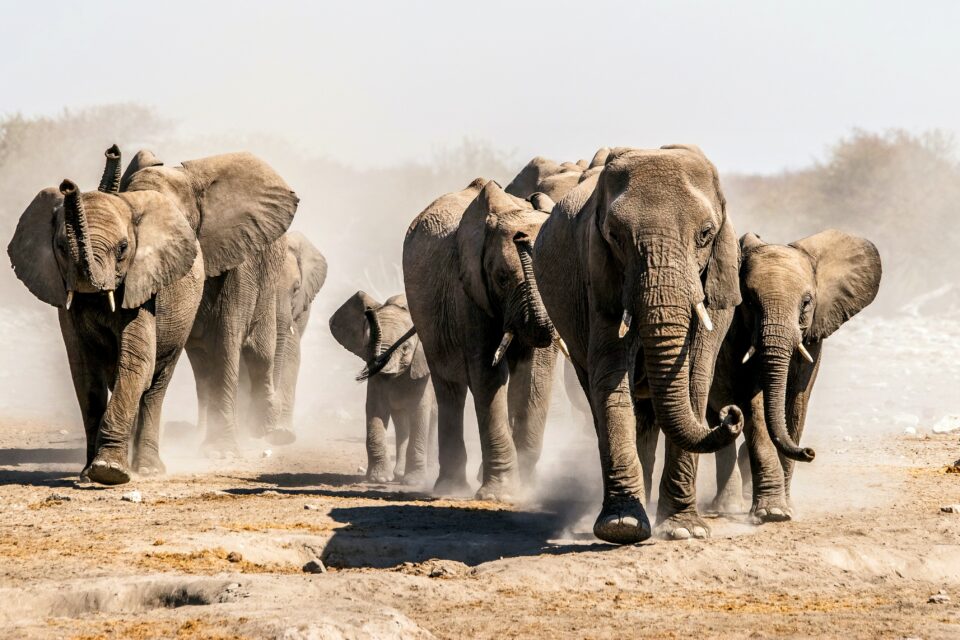 Vegetation is declining along the migration routes of elephants in Namibia, according to a new study led by the University of Eastern Finland. Human development creates obstacles such as fences that disrupt the movement of wild animals, which intensifies the loss of vegetation cover.

“Anthropogenic activities such as wood extraction and conversion of woodland and forests into small and large-scale farming have been a major contributor to land degradation across different geographical regions. In the tropics, particularly Africa and in Namibia, agricultural expansion, wood extraction, and infrastructure development are the key drivers of land degradation.”

The team used remote sensing data, such as that collected by the MODIS satellite, to investigate how elephants and other large herbivorous mammals affect vegetation cover. The researchers also examined the effects of human activity on vegetation and the movements of wild animals.

The experts analyzed data from the Zambezi area in Namibia from 2002 to 2021. The results showed that vegetation cover is actually increasing in areas with intensive farming and cattle grazing.

There are about 12,000 elephants now living in the Zambezi area. This is compared to less than 1,500 individuals in 1989. The researchers found that the greatest declines in vegetation were in areas with larger elephant populations. The most affected areas were discovered along elephant migration routes in national parks and nature reserves.

“A deeper understanding of how wild animals affect the vegetation offers tools for improving the management of wild animals and natural resources,” said Professor Alfred Colpaert.

“The findings of this study will serve as a reference for policy and decision makers,” wrote the researchers. “Future studies should consider integrating higher resolution multi-platform datasets for detailed micro analysis and mapping of vegetation cover change.”

The study is published in the journal Sensors.