A tale of tails: Vestigial organs as evolutionary footprints • Earth.com 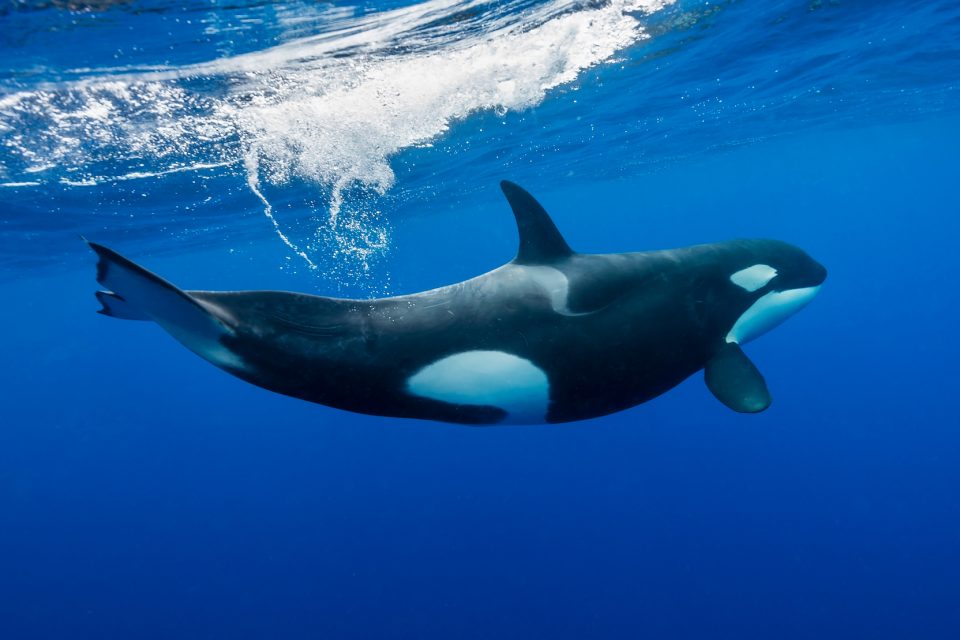 A tale of tails: Vestigial organs as evolutionary footprints

So goes the song used to teach school children the skeletal structure. And a useful little ditty it is, at least in describing the human skeleton. But, in fact, neither of these lines applies to certain animals, such as whales and manatees. Their much-reduced pelvises are detached from their spinal columns. And when they have legs at all, they are minute and usually embedded inside the body. The same is true of snakes. These evolutionary artifacts are remnants of structures that were, in earlier incarnations of the creatures, useful and even essential. A tale of tails: Vestigial organs as evolutionary footprints

They are “vestigial”, so-called after the Latin “vestigium,” for “footprint.” Vestigial features found in animals—and plants as well—provide some of the clearest evidence of their evolution from other organisms. Like a trail of footprints, the successive modification of these features can be traced back to their origins. As organisms adapted to new niches over the millennia, they lost the need to maintain certain organs and appendages.

Whales and manatees lost the hind limbs so necessary to their terrestrial ancestors as they took to the seas, instead evolving flukes to propel them through the water. Snakes shed the limbs of their lizard forebears as they adopted a new means of locomotion that did not require them. Lamarck and Darwin referred to the anatomical remnants of these limbs and of other structures as “rudimentary.” German anatomist Robert Wiedersheim popularized the use of the term “vestigial” in an 1891 paper and the term has stuck.

Vestigiality is, however, frequently misunderstood. It’s semantically vague, which likely accounts for some of the confusion. Vestigiality can describe structures that no longer have a clear purpose and is often delimited by that criterion in popular science coverage. But it can also describe structures that have, over periods of evolutionary time, changed in function, such as the wings of flightless birds, which, while no longer used in flying, often aid in balance.

Science denialists, particularly those of the creationist bent, have eagerly latched on to the latter notion as evidence that these structures were intentionally designed and do not in fact offer support for the theory of evolution by natural selection. While it is true that many vestigial structures previously thought to be without purpose have in recent years been found to retain anatomical functions, the creationist argument fails to understand the logic that explains the existence of vestigial features in the first place.

Whether functional or not, these structures are homologues of those found in ancestral forms. That is, they are traceable to features found in less-derived organisms. Humans, for example, possess an appendix, an organ located at the juncture of the large and small intestines. In more-primitive mammals, this organ is the apex of a larger structure known as the cecum, which houses bacteria that allow them to digest cellulose, a necessary adaptation to feeding on leaves and other vegetable matter. We evolved to process a diet relatively low in cellulose and so did not require an extensive cecum.

Some primitive primates, notably lemurs, still retain a functional cecum, indicating an evolutionary continuum between primitive and advanced primates. While recent research has demonstrated that the human appendix may serve as a refuge for useful bacteria, humans can survive without it, as indicated by the lack of detrimental effects noted in those who have their infected appendices removed. So, too, modern horses retain two structures known as splint bones on either side of their hooves. These bones are relics of an earlier stage in horse evolution. Primitive horses had three toes rather than the one, highly modified, toe that comprises the hoof of a modern horse.

A related phenomenon, known as atavism, further reinforces the fact that vestigial structures are consistent with an  evolutionary explanation of life. Though vestigial structures represent reduced forms of structures found in less-derived organisms, the genes that code for their production often remain in the genomes of more-derived organisms. Such is the case with the coccyx, or tailbone, in humans. In animals with tails, the coccyx serves as the base of the tail. While in most humans, the coccyx remains hidden inside the body, where it serves as a point of muscular attachment and not much more, in rare instances, infants are born with protuberant tails extending from this structure.

These tails may contain additional vertebrae and, disturbingly, can even wag. The presence of these anomalous appendages testifies to the preservation of genes that code for tails even in the most advanced primate species. In fact, most animals, even those that do not possess tails in adulthood, display them at some point in the embryonic stage. Though the ubiquity of tails diminished as primates came down from the trees, where their balancing and gripping functions were useful, the genes that coded for them persisted in the genome. And unknown factors may cause them to occasionally express.

Whales have proven this as well: one in perhaps 500 whales possesses visible remnant legs. Even more demonstrative proof of this has occurred in birds, which, as everyone knows, lack true teeth. However, this is due to the lack of a single protein. When that protein is experimentally reintroduced, chickens can indeed grow teeth, conclusively demonstrating the presence of genes coding for teeth in their genomes.

Plants, too, have shown the persistence of genes that code for vestigial structures. Certain plants produce unisexual flowers; that is, they are either male or female. Nonetheless, they retain vestiges of anatomical features of the opposite sex. Plants that evolved from these forms have occasionally reverted to bisexual reproduction, in which both sexes are again evident in a single flower. The genes necessary to produce bisexual flowers had lain dormant until natural selection forced them to express again.

So it is that vestigial structures provide both anatomical and genomic signposts in our search for evolutionary origins. While few of us would wish for a tail of our own, we should be grateful for the traction that our tailbones offer us in the debates between proponents of evolution and those of creationism. Though creationists would use the existence of vestigial structures to “wag the human” as it were, we can rest assured of their utility in shoring up the theory of natural selection.