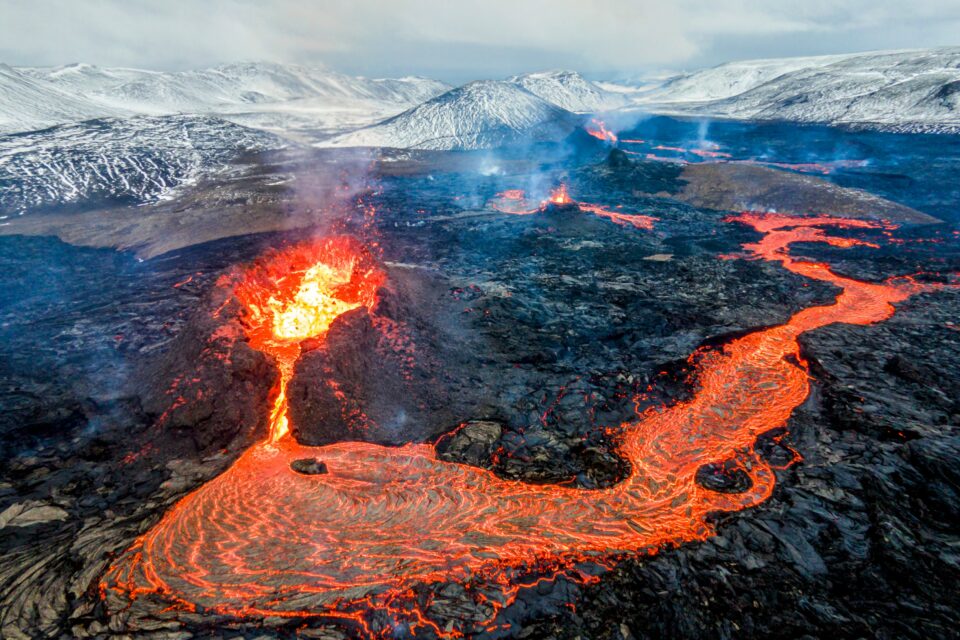 According to a research team led by the University of Southampton, two intense periods of volcanism triggered a period of global cooling and decrease in oxygen levels in the oceans that led to one of the most severe mass extinctions in Earth history around 450 million years ago.

This period initiated intense planetary cooling, culminating in a glaciation causing the major “Late Ordovician Mass Extinction” that led to the loss of over 85 percent of the species dwelling in the oceans.

“It’s been suggested that global cooling was driven by an increase in phosphorus input to the oceans,” said study lead author Dr. Jack Longman, a researcher at the University of Oldenburg. “Phosphorus is one of the key elements of life, determining the pace at which tiny aquatic organisms like algae can use photosynthesis to convert carbon dioxide (CO2) into organic matter”.

However, according to study co-author Tom Gernon, an associate professor at the University of Southampton, the unresolved puzzle is why glaciation and extinction occurred in two distinct phases at this time, separated by about 10 million years. “That requires some mechanism to pulse the supply of phosphorus, which is hard to explain.”

The researchers discovered that two extremely large pulses of volcanic activity, occurring in parts of today’s North America and South China, coincided very closely with the peaks in glaciation and mass extinction. However, intense bursts of volcanism are typically linked to massive CO2 releases, which would cause global warming rather than cooling.

This prompted the scientists to assess whether a secondary process might have provided the surge in phosphorous that caused the glaciation and subsequent extinction.

“When volcanic material is deposited in the oceans it undergoes rapid and profound chemical alteration, including release of phosphorus, effectively fertilizing the oceans,” explained study co-author Martin Palmer, a professor of Geochemistry from the University of Southampton.

The findings suggest that widespread deposits of volcanic material laid down on the ocean floor would have released sufficient phosphorus to drive climatic cooling, glaciation, severe reduction in ocean oxygen levels, and mass extinction. Thus, while on short timescales, large volcanic eruptions can cause global warming via CO2 emissions, they can also drive global cooling on multimillion-year timescales.

It may seem like a good idea to consider seeding our oceans with phosphorus today to help solve the current climate crisis, but scientists warn that this could have even more dangerous consequences.