Volcanic super eruptions build up for millions of years • Earth.com 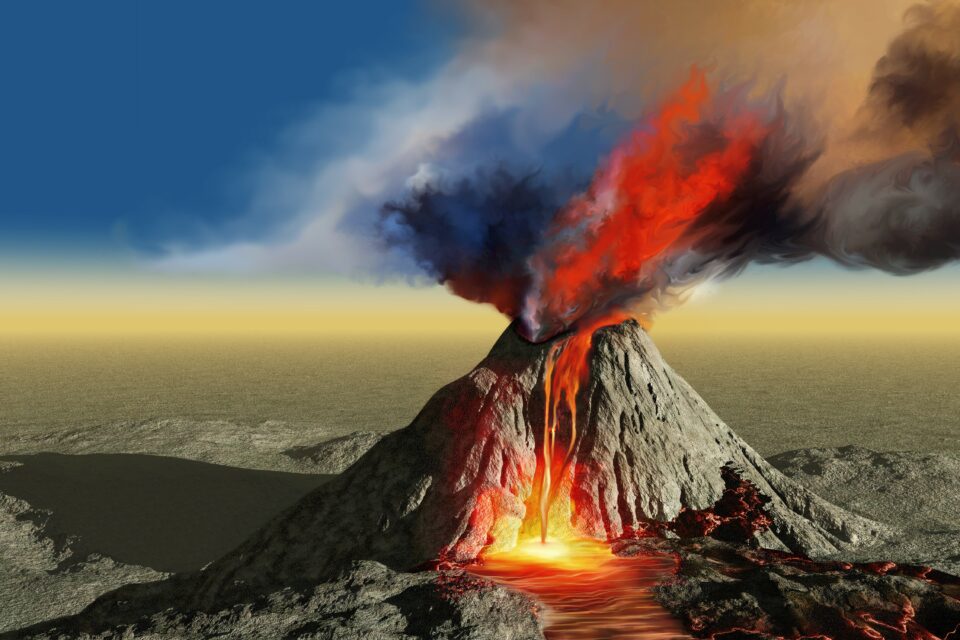 Volcanic super eruptions build up for millions of years

Researchers discovered that “super eruptions” occur when accumulations of magma deep in the Earth’s crust – which formed over millions of years – move rapidly to the surface disrupting pre-existing rock. The magma that supplies super eruptions takes place over a prolonged period of time.

Plutons are rock made from solidified magma that were formed a few million years before four known super eruptions. The disruption of these plutons by newly emplaced magmas occurred extraordinarily rapidly, disrupting the crust and then erupting in just a few decades.

These findings, published today in the journal Nature, explain these differences in time ranges for magma generation and eruption by flow of hot but solid crust in response to ascent of the magma, accounting for the infrequency of these eruptions and their huge volumes.

“Crystals formed from earlier magma pulses, entrained within erupting magmas are stored at temperatures near or below the solidus for long periods prior to eruption and commonly have very short residence in host magmas for just decades or less.”

Previous studies have shown that magma chambers for super eruptions form very rapidly, but there was no convincing explanation for this rapid process.

“By studying of the age and character of the tiny crystals erupted with molten rock, we can help understand how such eruptions happen,” said Professor Sparks.

“The research provides an advance in understanding the geological circumstances that enable super eruptions to take place. This will help identify volcanoes that have potential for future super eruptions.”

Bristol scientists estimate that only one type of super eruption occurs on Earth every 20,000 years. These rare events are, however, highly destructive locally and can lead to global and severe climate change that would have catastrophic consequences.

The research was supported by the Mining company BHP and by NERC.