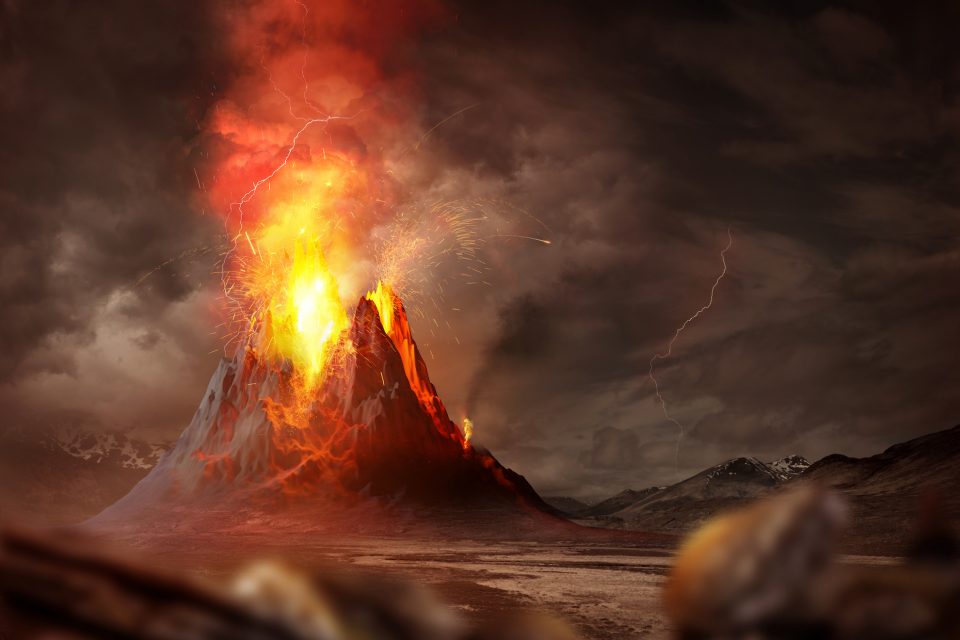 Researchers have found what they believe is the strongest evidence yet that volcanoes caused the biggest mass extinction in Earth’s history. Paleontologists at the University of Cincinnati and the China University of Geosciences discovered a spike in mercury buried in ancient rock at nearly a dozen sites around the world.

The findings suggest that volcanic eruptions were to blame for the mass extinction event that is also known as “the Great Dying.” Around 252 million years ago, catastrophic environmental conditions wiped out 95 percent of all life on the planet over the course of hundreds of thousands of years.

The results of the new analysis suggest that the eruptions ignited massive coal deposits, releasing mercury vapor high into the atmosphere. Eventually, it rained back down into marine sediment and created a lasting elemental signature.

The powerful eruptions took place within a volcanic system called the Siberian Traps in what is now central Russia. Many of the frequent and long-lasting eruptions exploded through gaping fissures in the ground.

“Typically, when you have large, explosive volcanic eruptions, a lot of mercury is released into the atmosphere,” explained Professor Thomas Algeo. “Mercury is a relatively new indicator for researchers. It has become a hot topic for investigating volcanic influences on major events in Earth’s history.”

The eruptions released as much as three million cubic kilometers of ash high into the air over the years of the extinction event. To put this in perspective, the 1980 eruption of Mount St. Helens in Washington spewed only one cubic kilometer of ash, yet ash could be seen as far away as Oklahoma.

According to Professor Algeo, the Siberian Traps eruptions emitted so much material and gas into the sky that it warmed the planet by an average of about 10 degrees. He explained that this abrupt climate change would have likely been one of the biggest culprits in the mass extinction.

Shen said that understanding this catastrophic event could shed light on how global warming may lead to another mass extinction today.

“The release of carbon into the atmosphere by human beings is similar to the situation in the Late Permian, where abundant carbon was released by the Siberian eruptions,” he said.

“A majority of biologists believe we’re at the cusp of another mass extinction – the sixth big one. I share that view, too,” said Professor Algeo. “What we should learn is this will be serious business that will harm human interests so we should work to minimize the damage.”

“We’re likely to see more famine and mass migration in the hardest hit places. It’s a global issue and one we should recognize and proactively deal with. It’s much easier to address these problems before they reach a crisis.”