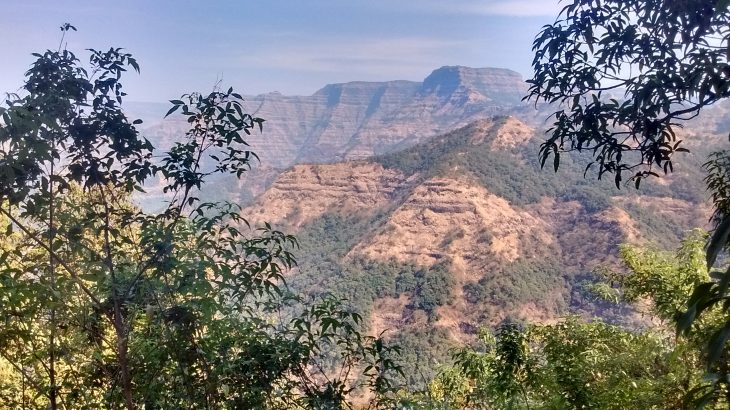 Volcanic eruptions played a mysterious role in the dinosaur extinction

A new study from researchers at the University of California, Berkeley, has found that it is likely a 66 million-year-old asteroid or comet impact in the Caribbean Sea reignited volcanic eruptions in India. However, it remains unclear if and how these two events contributed to the mass extinction of dinosaurs and other prehistoric life forms.

The data, published February 21st in Science, shows how massive lava flows have erupted and and affected Earth’s atmosphere and life on the planet throughout history.

Using a method called argon-argon dating, researchers were able to pinpoint the volcanic eruptions in India to a specific date — a date that coincides with the mass extinction at the end of the Cretaceous Period (the K-Pg boundary). The eruptions, which spanned over a million years, spurted lava over 500 kilometers of the Indian continent, creating what we now know as the Deccan Traps flood basalts.

“Now that we have dated Deccan Traps lava flows in more and different locations, we see that the transition seems to be the same everywhere. I would say, with pretty high confidence, that the eruptions occurred within 50,000 years, and maybe 30,000 years, of the impact, which means they were synchronous within the margin of error,” said senior author Paul Renne, a professor-in-residence of earth and planetary science at UC Berkeley, and director of the Berkeley Geochronology Center. “That is an important validation of the hypothesis that the impact renewed lava flows.”

The new dates also show that three-quarters of the total lava erupted after the impact, which contrasts previous beliefs that 80% of the lava erupted before the impact.

It was previously thought that if most of the lava erupted before the impact, then the volcanic gases could have caused global warming within the last 400,000 years of the Cretaceous Period, thus increasing the temperatures and forcing species to evolve to survive within the warming climate. Then, confronted by global cooling, either from volcanic dust or climate cooling gases, species would be ill prepared and would end up going extinct.

However, the new data proves that this probably didn’t happen.

“This changes our perspective on the role of the Deccan Traps in the K-Pg extinction,” said first author Courtney Sprain, a former UC Berkeley doctoral student and current postdoc at the University of Liverpool. “Either the Deccan eruptions did not play a role — which we think unlikely — or a lot of climate-modifying gases were erupted during the lowest volume pulse of the eruptions.”

Climate-altering gases frequently leak out of underground magma chambers, as is happening right now with Mt. Etna and Popocatepetl. Eruptions aren’t necessarily needed to transmit gases into the atmosphere.

“We are suggesting that it is very likely that a lot of the gases that come from magma systems precede eruptions; they don’t necessarily correlate with eruptions,” Renne said. This theory therefore suggests that the K-Pg extinction, the beginning symptoms of climate change took place before the peak in volcanic eruptions across the entire Indian continent.

It’s still unclear which gasses were emitted from the Deccan Traps, however Renne and Sprain hope to discover more about the sequence, scale, and effects of the eruptions from the Traps, which are young enough to contain this information.