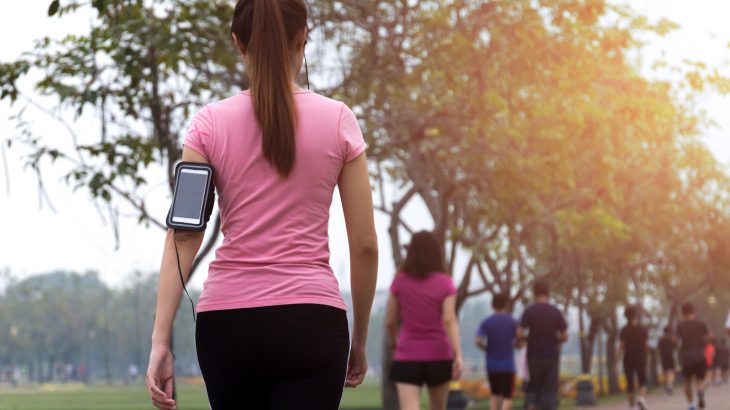 If you were to picture a runner, you would probably imagine their arms would be bent at close 90-degree angles, fists clenched, and legs in mid-stride.

People who walk on the other hand, keep their arms loose at their sides.

Andrew Yegian, a Harvard graduate student, wanted to know if running or walking with arms bent made any difference in performance, ability, energy consumption, or efficiency.

Yegian, who studies how arm swing evolved in modern humans, was walking through the Harvard campus in 2015 when he noticed someone running with their arms straight.

This uncharacteristic physicality made Yegian wonder why so many runners keep their elbows bent while walkers let their arms swing at their sides, and if there could be any hidden benefits to switching these positions up.

Yegian conducted a study to find out and filmed runners and walkers with both straight and bent arms.

“We wanted to study that kind of variation because bent arm running seems to be an almost universal behaviour, regardless of how much a person runs,” said Yegian.

Eight undergraduate and graduate student-athletes were selected to participate. Some of the participants were serious marathon competitors, while others only ran a couple of times per week.

Each participant ran and walked on a treadmill with reflective markers on their shoulders, elbows, and wrists.

A second trial conducted with the same participants had the same setup, but the researchers fitted the volunteers with oxygen masks to measure oxygen consumption while walking/running with bent and straight arms.

Running with straight arms was the most difficult for the participants with many saying that it was an odd position.

The researchers discovered that there was a definite advantage to keeping the arms straight and loose while walking. When the participants kept their arms bent while walking, it increased energy costs by 11 percent.

Walking with arms straight was more efficient, but it made little difference when running the researchers found.

“We didn’t find any evidence that the energy cost was different between arm postures when running,” said Yegian.

It is still unclear why the majority of runners keep their arms bent, but it may be that the advantages have nothing to do with energy consumption or efficiency.

The study findings were published in the Journal of Experimental Biology.