Even amidst the polar vortex, it’s been a warmer than usual winter • Earth.com 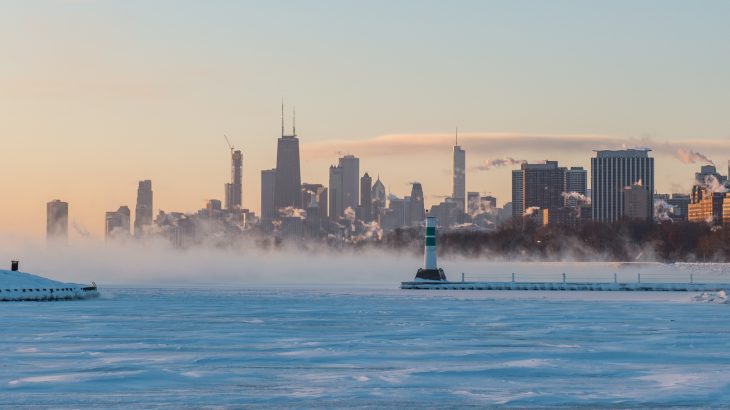 Even amidst the polar vortex, it’s been a warmer than usual winter

After the polar vortex brought record-breaking lows, temperatures so cold that thousands in the Twin Cities Metro area lost power on one of the coldest nights of the year, the Midwest is now contending with freezing rain, snow storms, and ice-covered roads making for a treacherous commute.

Despite the freezing temperatures and wintery weather, the numbers shows that it’s actually been a warmer than usual winter. January is expected to end up as a “near normal” month for the land of 10,000 lakes.

Meanwhile, on the opposite side of the globe, the polar vortex drove temperatures in Australia to record highs. On January 18th, Australia had its hottest night in recorded history, and during the month, thousands of people in Sydney lost power due to the sweltering heat wave.

The heat is so bad that roads are melting, millions of dead fish are washing up on river banks, bats are dying off, and fruit is being cooked on the vine, according to CNN.

New South Wales broke 14 heat records in January, and from January 12th to the 17th, Australia experienced the ten hottest days on record, as reported by the Bureau of Meteorology. Bushfires in Tasmania are also posing a major threat.

Even though temperatures dipped well below zero for the Midwest, there were far more highs than lows across the United States.

An article by Eric Holthaus, published as part of the collaborative journalism project, Climate Desk, explains that there were 651 recorded daily highs in January in the US and 321 recorded lows.

On a global scale, that ratio was 20 highs to 1 low, and record-breaking highs were reported in Namibia, Chile, and Reunion Island.

“To put it bluntly, events like this can’t happen in a normal climate,” Holthaus wrote. “The harsh truth is we are not only losing the weather of the past, but there’s no hope of it stabilizing any time soon.”

We have now passed the point of no return and a dangerous feedback loop years in the making will continue to drive up temperatures and sea level rise even if CO2 emissions are drastically reduced.

Greenhouse gasses are building up in the atmosphere and the oceans causing temperatures to rise, glaciers to melt, and sea ice to reach all-time lows in the Arctic and Antarctic. A warmer ocean increases the risk of coral bleaching and mass coral bleaching events are becoming increasingly common.

In the Arctic, retreating glaciers has revealed mossy vegetation that had spent the last 40,000 years covered in ice.

Even with stark warnings recently issued by the Intergovernmental Panel on Climate Change, there is a very real possibility that the true extent of climate change’s impact has been underreported and underestimated.

The longer we ignore these hard truths, the harder it will be to limit catastrophic warming in future years.