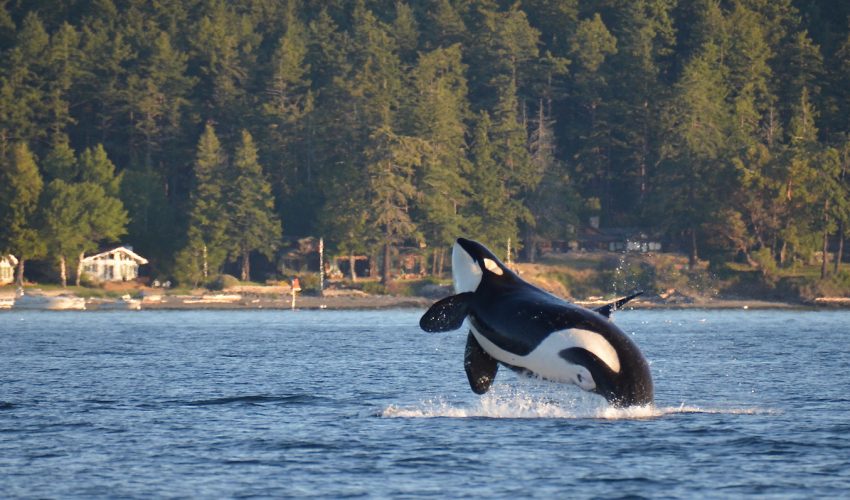 Orca whale numbers in the Puget Sound have plummeted, and there are currently just 76 whales that can be spotted off the coast of Washington.

Even though orcas in general are not endangered, Southern Resident killer whales were listed as endangered in 2005, according to the National Oceanic and Atmospheric Administration Fisheries (NOAA).

It’s not uncommon to find local pods or populations of orcas, such as the ones that hunt in Puget Sound, threatened or nearing extinction.

There can be many reasons for this kind of localized endangerment. For Southern Resident killer whales, a lack of salmon, polluted waters, noise, and less space are all to blame for the whales’ low numbers.

There also haven’t been any new calves reported in the area for a few years due to infertility issues from the stress caused by salmon shortages.

Inslee issued an executive order that aims to provide provide clean water, space, and an ample food supply for the whales. A new task force was assembled to come up with strategies to meet this goal.

“This is a wake-up call,” said Suquamish Tribal Chairman Leonard Forsman. “It’s going to take some pain. We’re going to have to make some sacrifices.”

A key part of conserving the Southern Resident orcas is increasing salmon populations. Climate change has drastically impacted salmon populations, and many salmon species have faced reduced numbers. This puts an added strain on the predators like killer whales who typically feed on salmon.

In order to protect the orcas of Puget Sound, lawmakers are asking hatcheries to increase the production of salmon by five million.

“I applaud anything that helps (the orcas) through the short term, but the long-term is what we really have to look at – and that’s the restoration of wild salmon stocks throughout Washington state,” said Ken Balcomb, a senior scientist at the Center for Whale Research.