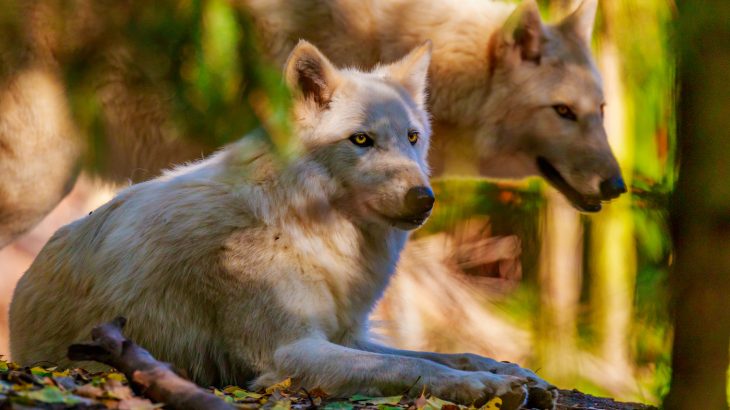 Wolves have long been the center of the conservation debate in the American west. Predator control has devastated wolf populations through most of their former range. Many ranchers consider even the small remnant of wolves left an unacceptable threat to their livestock.

Government wildlife agencies have a mixed response to both sides of the ongoing struggle. Agencies have released wolves for population recoveries as well as poisoned and shot them to control predation on cattle. Without a uniform and steady policy over time, it seems like wolves are caught in the political whim of the moment, mere pawns in a game of power and money.

With a checkered history like this, it’s no surprise that wolves have failed to recover their national populations in any real way. Alaska has more wolves than any other state, but this is due more to the vast rugged terrain of the state and a smaller human population than a better conservation plan. Other states with histories of predator eradication and large European American settler populations have nearly completely eradicated their wolves.

Washington wolves are an endangered species. But according to a Seattle Times report, wolf populations in Washington may also have been underestimated by the official estimate of 122. It’s now estimated that Washington’s wolf population has grown by 30% every year.

A growth in population may seem like a good thing for the wolves and it is… until humans interfere. Population numbers are important in terms of what protections are afforded wolves and other endangered species. Until recently, wolves in Washington have been a state protected endangered species. The western two thirds of Washington wolf populations were also protected by federal law. Wolves had previously been exterminated entirely from Washington state, only to slowly return from neighboring areas in British Columbia and Idaho.

In January 2019, Democratic State Rep. Sherry Appleton of Bainbridge Island Washington introduced a bill that would keep state management agencies from authorizing wolf kills. In response, Republican Rep. Joel Kretz of Wauconda Washington, the northeastern part of the state where ranchers and wolves often come into conflict, drafted a bill of his own. Kretz’s bill was meant as a statement rather than a viable law but suggested making Bainbridge Island a sanctuary for ‘problem’ wolves. The bill did allow wolf killing to be considered but only after there were four confirmed killings of cats or dogs or two confirmed wolf killings of children.

The bill was meant to imply that environmentalists valued the lives of wolves over even those of children. The political statement is loaded with a loathing for wolves common among ranchers who’ve taken their land and introduced easy game but feel wolves are in fact an enemy to be exterminated rather than an animal to adapt ranching practices to. Environmentalists have promoted developing different non-lethal methods to discourage wolf predation on livestock. Environmentalist have also called on ranchers to give wolves more room. Usually, prolonged predation of livestock by wolves end in wolves being killed or at least hazed with violence.

Statesman’s Journal reported in July that the Washington Department of Fish and Wildlife authorized the killing of wolf pack members involved in preying on cattle in northeastern Washington. The pack, called the Old Profanity Territory (OPT) pack, had some of its members killed last year in response to cattle predation. Now again, the OPT pack faces more killings of its members. The stated goals of these killings is to change the behavior of the pack rather than to limit the pack’s population. Some environmentalists instead are calling on ranchers to be the ones to change behavior.

The Lands Council, a Spokane based non-profit, called on Washington Fish & Wildlife director Kelly Susewind to change his position on authorizing lethal removal of wolves from the OPT pack in a letter posted on their website. The letter points out that the continued conflict between different wolf packs in the area involves the same cattle rancher, a Mr. McIrvin. McIrvin is on record stating the opinion that the only solution to the wolf conflicts is shooting and poisoning the wolves.

Instead, environmentalists are pushing for real non-lethal mitigation practices where they work and less or no grazing, where they don’t. The Lands Council for its part notes that range riders work best on open prairie ‘ranges’ instead of forested, less open lands as in the area in question. The Lands Council further called on the state of Washington to collaborate with the US Forest Service to create a better plan for wolf survival in the area.

McIrvin for his part claims an average of 70 head of cattle lost per year to wolves at a cost of more than $1million, according to the Intermountain Farm & Ranch. In response, Sophia Ressler, an attorney with the Center for Biological Diversity is quoted as saying,

“If this rancher keeps putting cattle in prime wolf habitat, he needs to accept some losses just like any other business.”

A lawsuit filed on August first by the Center for a Humane Economy aims to stop the state of Washington from killing more wolves to prevent predation of cattle. The non-profit also started a petition to Governor and presidential candidate Jay Inslee to intercede on behalf of the wolves. Inslee has spoken out loudly about climate change and been a proponent for environmental law. Whether or not Inslee’s environmental ethic extends to wolves remains to be seen.