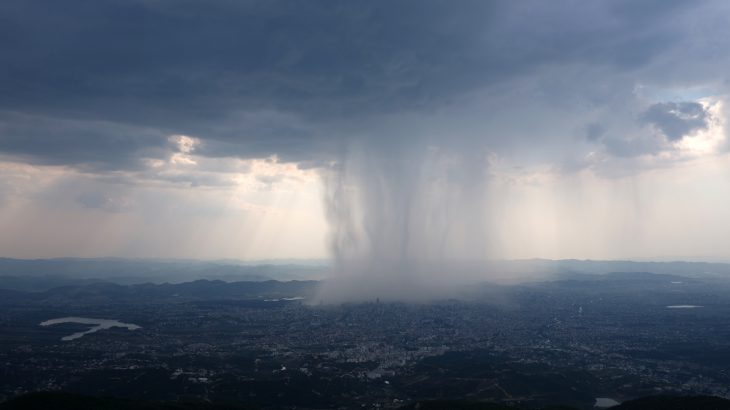 Water cycle diagrams currently used for education and research purposes are dangerously out of date and give a false sense of water security.

According to an international team of hydrology experts from Brigham Young University, Michigan State University, and the University of Birmingham, these diagrams must be edited to show human interference in the natural cycle, thus lessening the false sense of security.

Furthermore, almost all the diagrams depicted landscapes within mild climates and loads of freshwater within a single river basin — which is a misrepresentation of the water cycle in the real world.

“The water cycle diagram is a central icon of hydro science, but misrepresenting the ways in which humans have influenced this cycle diminishes our awareness of the looming global water crisis,” said Professor David Hannah, UNESCO Chair in Water Sciences at the University of Birmingham. “By leaving out climate change, human consumption, and changes in land use we are, in effect, creating large gaps in understanding and perception among the public and also among some scientists.”

The team produced new diagrams that aptly show how the water cycle works in the 21st century. The new proposed diagrams include meltwater from glaciers, flood damage, pollution, and sea level rise.

“For the first time, the new water cycle diagram adequately reflects the importance of not just quantities of water but also water quality and pollution as key criteria for assessing water resources,” said Professor Stefan Krause, Head of the Birmingham Water Council.

“Every scientific diagram involves compromises and distortions, but what we found with the water cycle was widespread exclusion of a central concept,” added lead author Professor Ben Abbott, from Brigham Young University. “You can’t understand water in the 21st century without including humans.”

“Other scientific disciplines have done a good job depicting how humans now dominate many aspects of the Earth system,” he continued. “It’s hard to find a diagram of the carbon or nitrogen cycle that doesn’t show factories and fertilizers. However, our drawings of the water cycle are stuck in the 17th century. Better drawings of the water cycle won’t solve the global water crisis on their own, but they could improve awareness of how local water use and climate change have global consequences.”