There’s water on the Moon and we are getting closer to accessing it • Earth.com 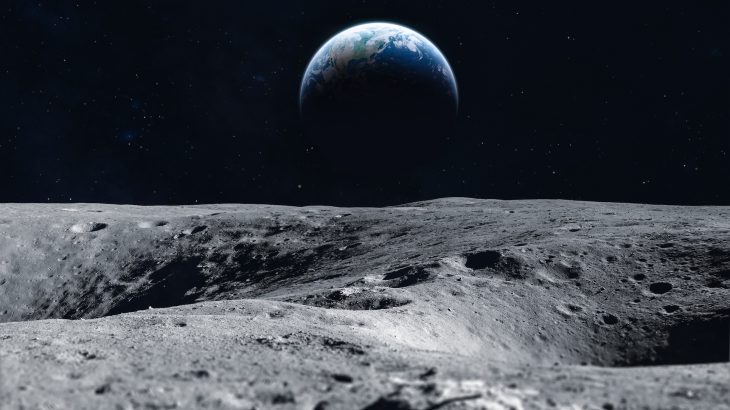 The Moon may seem like a barren, cratered lump of rock, but there’s frozen water trapped beneath the surface, and lunar explorers may soon be able to access it.

In the past decade, researchers realized that there was water located the poles of the Moon. But now, scientists think there may be more water spread across both mid-latitudes and high latitudes on the Moon.

Craters along the southernmost region of the Moon contain trapped water ice that has stayed buried and preserved thanks to the lack of sunlight and low temperatures. Some craters are so deep and positioned in such a way that light never touches the floor of the crater.

It was long thought that these pockets of ice water would be trapped forever.

However, new research from the National Aeronautics and Space Administration (NASA) shows that water is escaping from the topmost thin layer of the surface of the Moon and is being transported to other areas, sometimes as far as 19 miles away.

Solar wind and meteor collisions are kicking up the water molecules.

“So every time you have one of these impacts, a very thin layer of ice grains is spread across the surface, exposed to the heat of the sun and to the space environment, and eventually sublimated or lost to the environmental processes,” said Dana Hurley, a planetary scientist at the Johns Hopkins University Applied Physics Laboratory.

Not only are ice water particles being scattered across the Moon, but comets hurling into the Moon also replenish ice stores.

It is not yet clear just how much water is on the Moon and whether the frozen water particles are only located on the surface.

However, the fact that water particles are dispersing across different latitudes on the Moon is good news for future lunar exploration.

Astronauts may not have to descend into craters to study water on the Moon. Instead, analyzing soil samples from the sunnier regions of the Moon could yield the same data.

“This research is telling us that meteoroids are doing some of the work for us and transporting material from the coldest places to some of the boundary regions where astronauts can access it with a solar-powered rover,” said Hurley. “It’s also telling us that what we need to do is get on the surface of one of these regions and get some firsthand data about what’s happening.”