Water shortages in Alaska are the latest indicator of climate change • Earth.com 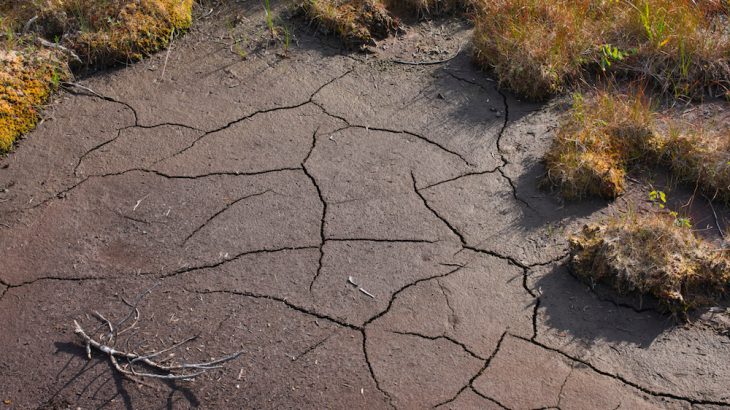 Water shortages in Alaska are the latest indicator of climate change

Water shortages in Alaska are the latest indicator of climate change. When it comes to water shortages in the American west, places like Arizona, Nevada or even Colorado probably come to mind – places with typically arid landscapes fed by increasingly scarce rivers. What probably doesn’t come to mind is Alaska.

Alaska is home to lush temperate rainforests, rivers full of migrating salmon, and plenty of rain, so water shortages seem unlikely in our northernmost state. But despite conceptions about the state, there have been some serious water shortages among some communities in Alaska.

Recently a summer drought like none other on record has hit southern Alaska hard. The US Drought monitor lists most of the southern part of Alaska as being in abnormally dry conditions to an extreme drought. As of September 3, more than 5% of Alaska was in a severe drought, the most extreme drought in Alaska in 20 years. On September 9, KTOO Public Media reported that Seldovia the community reservoir held enough water for only 16 days.

The aquifer in Chignik Lagoon ran out of water this summer and residents had to rely on Packer’s Creek for their water which has to be boiled before drinking. The drought has contributed to water shortages in places like Chignik Lagoon but it also highlights poor infrastructure, including leaks in the distribution system.

The village of Nanwalek on the Kenai Peninsula usually receives approximately 6 inches of rain per summer but has only got about an inch and a half so far, NPR reported earlier this month. Locals have taken to extreme water conservation methods like collecting sea water to flush toilets, eating off paper plates that require no water for washing, and resorting to sponge baths.

As with other parts of Alaska, the water shortages are real, a combination of less rain as well as less snowpack through the winter, but the crisis is magnified by infrastructure problems. The village is working on projects to expand their reservoir and buy reverse osmosis machines to purify ocean water. In the meantime, federal, state and local agencies have flown water in to supply the Nanwalek residents.

Alaska Public Media reports that it isn’t just humans that have had to cope with less recently. Water shortages impact the salmon industry as well. Fish hatcheries depend on cold, fresh water to rear salmon running through thousands of gallons per minute at some of the larger hatcheries. This year, warmer waters coming from reservoir meant that Macaulay Salmon Hatchery had to move their fry to ocean water pens in January, months earlier than typical years. This creates an uncertain situation for rearing salmon.

It also could mean bad news for wild salmon. These droughts affecting the reservoirs are part of a longer trend of dry September and October days which are typically the wettest months. Over years of less than normal rainfall, reservoirs in Alaska have shrunk. Hatcheries have started to invest in cooling equipment which allows them to reduce water consumption by 95% because they can recycle warmed water by running it through a cooler.

KRBD Ketchikan Alaska reports that the low rainfall can hurt salmon during their migration as well. A short burst of rain with nothing following it can reduce the oxygen levels in creeks where the salmon spawn. Last summer marked one of the worst pink salmon catches in the Ketchikan area since the 1970s. Of course the health of salmon is connected deeply to the health of the overall ecosystem. Bears eat salmon, dead salmon are a significant source of nutrients to forest ecosystems. The salmon fishing industry is also in uncertain waters this year with fishing delayed by drought and warm water. This seems to be part of some of the warmest weather in Alaska’s recorded history.

NPR reported that this summer, Anchorage Alaska reached 90 degrees Fahrenheit, an all time heat record for the city. This is part of June being the hottest month ever in Alaska’s recorded history, averaging 60.5F, 5 degrees above normal averages. Not only was June hot, but it also marked the 16th consecutive month of above average temperatures in Alaska. 2019 also marked the driest June on record for Anchorage, as the city received just 6% of normal rain levels. Many residents of Alaska seem to enjoy the warm weather and blue skies but it raises concerns about broader implications.

Forest fires in Alaska seem to be getting worse. Forest fires are of course a natural part of Alaskan ecology but extreme forest fire seasons seem to be becoming more normal. Time reported in August that 2.5 million acres of Alaskan forest burned this year, with the record fire size being 6.5 million acres burned in 2004. Fires typically die out in August but were still burning strong, part of a trend of longer as well as more intense fire seasons.

Other aspects of ecology are changing in Alaska as well. I previously reported on massive puffin die off in Alaska and surrounding areas. The die off seems to be part of greater problems in Alaska’s marine ecosystem and almost certainly connected to climate change. Hundreds of puffins have washed up on shore of Alaskan communities due to starvation because of the effects of warmer ocean waters. The questions surrounding the puffin die off are similar to the water shortages and fire fires — is this the new normal?

Alaska and other polar areas are warming due to climate change faster than other places. Experts estimate Alaska’s warming 2.5 times faster than the lower 48 US states. This is partially because the loss of snow and ice speeds warming by leaving darker areas behind which absorb more heat. In this way, the more polar regions are part of the worst of a global positive feedback loop speeding up climate change.

Unfortunately, the droughts are also speeding up climate change by creating drier conditions and allowing fires to burn longer. The fires of course remove not only trees that absorb carbon but also create smoke which speeds climate change along as well. Alaska can be seen in a way to be a preview of what climate change might mean for the rest of the US: less water, more fire.