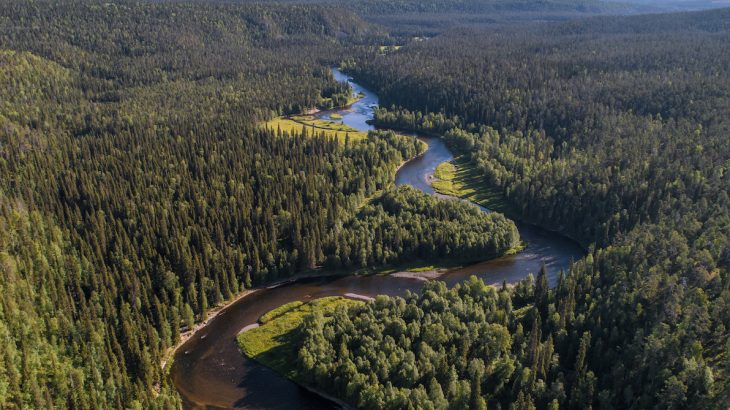 An international team of scientists has found that declining water availability in a warmer climate will limit the growth of forests worldwide. According to the researchers, the effect is most evident in high latitudes where cold temperatures have primarily limited tree growth in the past.

“Our study shows that across the vast majority of the land surface, trees are becoming more limited by water,” said first author Flurin Babst, who conducted the research at the University of Arizona Laboratory of Tree-Ring Research. “This is the first time that anybody has projected the tree growth responses to climate at a near-global scale.”

The investigation was focused on comparisons of annual growth rings imprinted on trees from 1930-1960 and 1960-1990. For these two time frames, the team integrated data on temperature, precipitation, and drought stress with a grid map of the Earth’s forests. 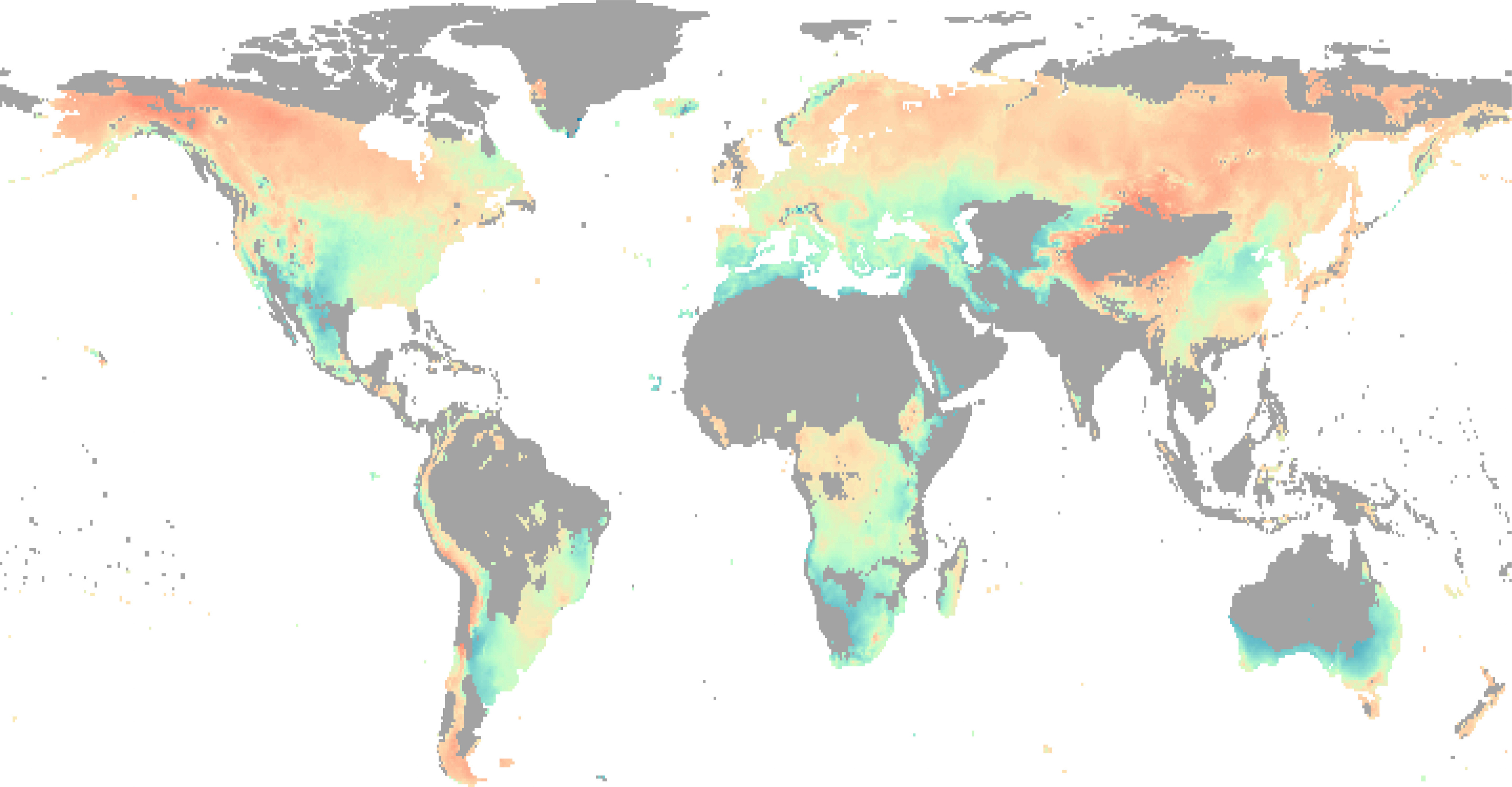 The more orange-red the area on the map, the more tree growth in that region became limited by water availability. The bluer the area, the less water-limited the trees became. Image Credit: Flurin Babst, Swiss Federal Research Institute WSL, Zurich

Ring-width measurements were taken from trees at about 2,700 sites across every continent except Antarctica. Healthy trees grow wide rings, but these growth rings are narrower when environmental conditions are challenging.

By adding tree-ring data to the map, the experts were able to investigate whether climate change in the 20th century coincided with changes in forest growth.

Study co-author Professor David Frank explained, “We saw areas where, in the earlier part of the 20th century, temperature limited growth. But now we are seeing shifts towards moisture-drought limitation.”

The study revealed that an increase in temperature of 0.9 degrees Fahrenheit shrank the land area where temperatures were primarily limiting tree growth by 3.3 million square miles, an area about the size of Brazil. The researchers were surprised that such a small temperature change could shift so many trees from being temperature-limited to being water-limited.

Professor Frank said that the finding has implications for future forest and tree growth and for forest management. “Reduced growth is indicative of increased stress on plants – which can be linked to mortality.”