Waterbirds are being forced out of the tropics by climate change • Earth.com 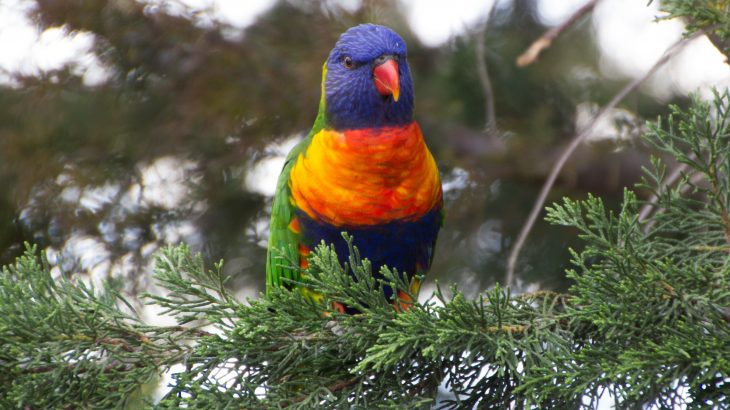 Waterbirds are being forced out of the tropics by climate change

Some experts theorize that in the past, climate change promoted the evolution of new species in the tropics, contributing to the rich biodiversity found near the equator. if that was the case, however, the trend is now shifting. New research has confirmed that climate change is rapidly forcing waterbirds to move away from the world’s tropical regions and toward the poles.

An international team of scientists led by Dr. Tatsuya Amano of the University of Queensland reviewed more than a million records of waterbird species and determined that temperature increase is drastically affecting the abundance of equatorial species.

“Using 1,303,651 count records of 390 species, we show that with temperature increase, the abundance of species and populations decreased at lower latitudes, particularly in the tropics, but increased at higher latitudes. These contrasting latitudinal responses indicate potential global-scale poleward shifts of species abundance under climate change,” wrote the researchers.

“The negative responses to temperature increase in tropical species are of conservation concern, as they are often also threatened by other anthropogenic factors.”

For example, another major cause of biodiversity loss in recent years is habitat destruction and degradation caused primarily by land-use changes, including urbanization and deforestation.

Dr. Amano said the findings of the UQ study show climate change continues to pose a serious threat to biodiversity.

“There’s an urgent need to understand how species respond to changing climates on a global scale. Earlier global reviews have rarely included species and studies in the tropics – being largely conducted in Europe, North America, Australia and the Arctic.”

“As a result, although tropical species have long been predicted to be more vulnerable to increasing temperature, there was little empirical evidence on how climate change really affects species abundance in the tropics.”

The investigation was focused on data collected by the International Waterbird Census and Christmas Bird Count since 1990. An analysis of this data revealed that 69 percent of the tropical species exhibited negative responses to temperature increases.

“The global dataset of waterbird abundance is the fruit of invaluable, long-term survey efforts in over 100 countries and covers regions for which there is little information on climate change impacts,” said Dr. Amano.

“Waterbirds can be observed relatively easily, offering an early proxy for climate change impacts on other species. They help us assess the status of biodiversity in wetland ecosystems, which has been lost at higher rates than other ecosystems.”

Dr Amano said he hoped the findings will help strengthen the case for real action on a warming climate.

“Large species shifts and loss can have serious consequences not only for biodiversity, but also for human well-being. Our findings are a step forward, but it would be great to see this area receive more research attention, especially in the tropics,” said Dr. Armano.

“Further studies could provide crucial evidence for a more effective allocation of limited resources for the conservation of species and ecosystems most threatened by climate change, and for assessing how these changes in biodiversity may affect human societies.”

The study is published in Nature Climate Change.