Waves on the Arctic coast will dramatically increase in height • Earth.com 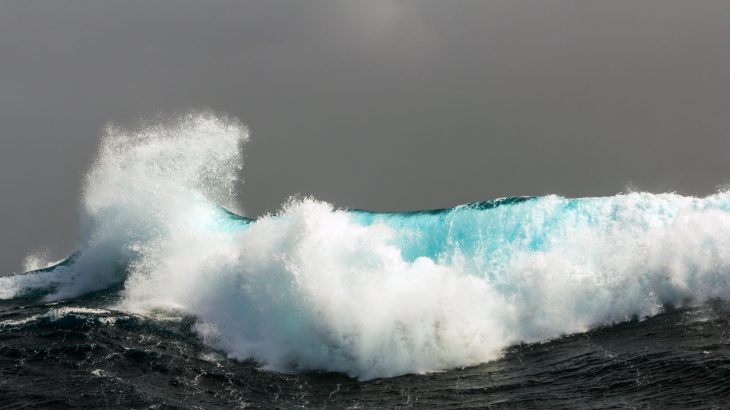 Destructive waves along Arctic coastlines are set to become even larger as a result of climate change, according to a new study from the American Geophysical Union.

The analysis of multiple climate models showed that the annual maximum Arctic wave height will become two to three times higher than today’s maximum. The research suggests that waves could get up to 6.6 feet higher by the end of this century.

The study also revealed that extreme wave events that historically occurred every 20 years may soon occur once every two to five years.

“It increases the risk of flooding and erosion. It increases drastically almost everywhere,” said Casas-Prat. “This can have a direct impact to the communities that live close to the shoreline.”

The northernmost regions of the planet are a global warming hotspot, with some areas experiencing up to three times the warming of the rest of the world, said Casas-Prat. However, there is a lack of information on the effects of this extreme warming and how the consequences will unfold.

The study predicted that the most extreme wave conditions will develop in the Greenland Sea between Greenland and the Norwegian archipelago of Svalbard. Here, projections showed that maximum annual wave heights could increase by as 19.7 feet.

Casas-Prat said that the models present a degree of uncertainty about how much wave heights may change, but there is going to be an increase regardless.

In a separate study, Casas-Prat and her team examined the contribution of sea ice retreat to projected increases in wave heights across the Arctic.

“Sea ice retreat plays an important role, not just by increasing the distance over which wind can blow and generate waves but also by increasing the chance of strong winds to occur over widening ice-free waters,” said Casas-Prat.

In a reinforcing feedback loop, an increase in wave heights would also accelerate the rate of sea ice retreat.

Judah Cohen is an MIT climatologist who was not involved in the research. He noted that extreme waves could be particularly devastating to coastal areas that have never previously experienced open water.

“The main conclusions of the paper are that waves will increase in height in the Arctic region and that Arctic coastlines are at greater risk to erosion and flooding are fairly straightforward,” said Cohen.

“We are already seeing these increased risks along Arctic coastlines with damage to coastline structures that previously were never damaged.”

The study is published in the Journal of Geophysical Research – Oceans.