What caused a giant megalodon tooth to split? • Earth.com 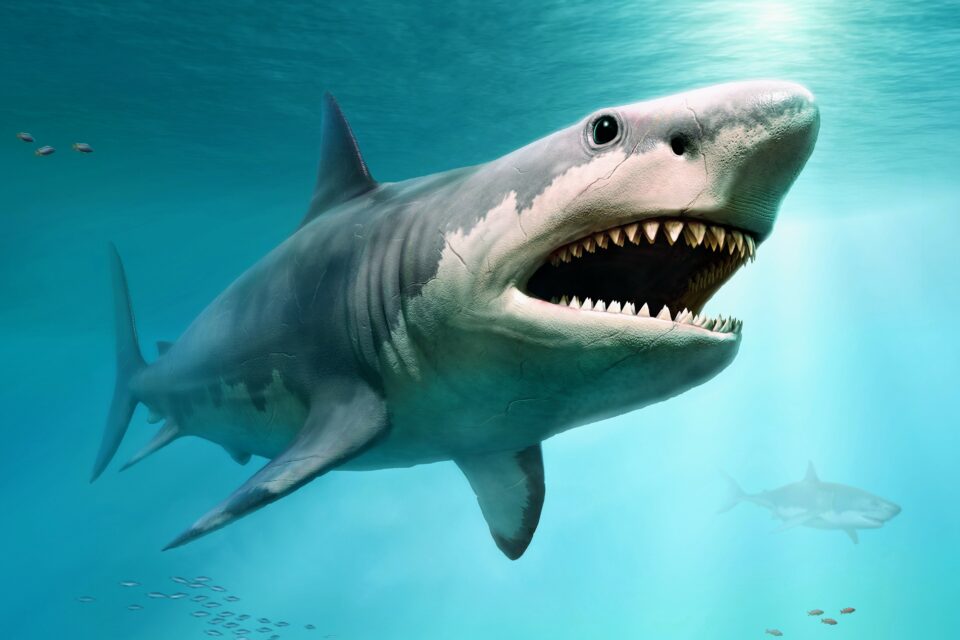 Megalodon, or Otodus megalodon, is a famously gigantic shark that became extinct by the end of the Pliocene around 2.6 million years ago. Common are images of someone holding the jaws of the feared great white shark and being dwarfed within reconstructed O. megalodon jaws.

Now, researchers from North Carolina State University and North Carolina Museum of Natural Sciences have found something odd. Megalodon teeth are large enough that one can cover the palm of an adult’s hand. The scientists have found one of these giant teeth oddly deformed and they wondered what caused this.

The tooth appeared split. The paleontologists wondered if genetics, a disease or damage to the tooth bud might have caused the tooth to grow in this strange split fashion and so they decided to investigate.

“We don’t have a lot of data on double tooth pathologies in ancient shark species,” said Harrison Miller, a former NC State undergraduate student. “So this was an opportunity to fill in those gaps – and perhaps learn more about the sharks in the process.”

The researchers compared the pathological megalodon tooth with two teeth from a modern bull shark (Carcharhinus leucas) with the same problem. The teeth were CT scanned so that the internal anatomy could be examined.

The experts determined that the teeth were either incompletely split from or joined to each other during development, but no cause could be identified.

“Sharks have cartilaginous skeletons, not boney skeletons, so preservation of their jaws is rare in the fossil record, and usually, we only find the individual isolated teeth. Additionally, sharks have different mechanisms for tooth development – they have continuous tooth replacement, so you can’t look at what is happening in the rest of the jaw to rule out fusion or gemination,” explained study co-author Haviv Avrahami.

It is possible that this particular shark took a bite of a stingray or other painfully sharp prey and damaged its tooth.

“With O. megalodon in particular, the current understanding is that they fed mostly on whales,” Avrahami said. “But we know that tooth deformities in modern sharks can be caused by something sharp piercing the conveyor belt of developing teeth inside the mouth. Based on what we see in modern sharks, the injury was most likely caused by chomping down on a spiny fish or taking a nasty stab from a stingray barb.”

There are, in fact, stingrays that lived in the same area at the same time that the scientists think could have caused a shark a bad toothache.

“When we think of predator-prey encounters, we tend to reserve our sympathy for the prey, but the life of a predator, even a gigantic megatooth shark, was no cakewalk either,” said Lindsay Zanno, head of paleontology at the N.C. Museum of Natural Sciences.