What makes ragweed so successful as an invasive species? • Earth.com 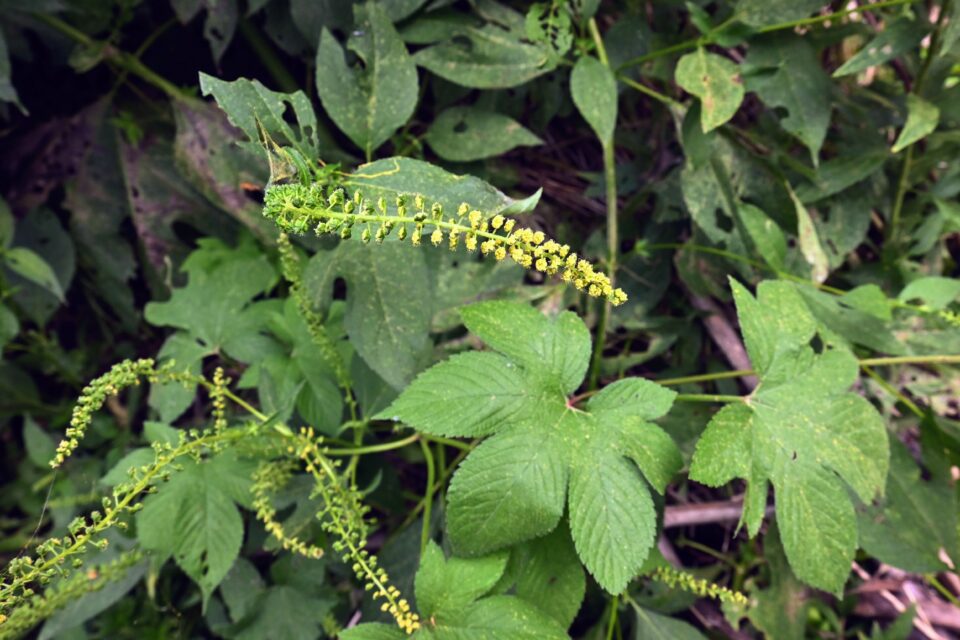 What makes ragweed so successful as an invasive species?

Common ragweed (Ambrosia artemisiifolia) is a spectacularly successful invasive species. It is indigenous to North America and was introduced into Europe in the late 19th century. Since then it has become established in more than 30 European countries and is currently ranked as the 12th “worst” exotic plant in Europe, in terms of its environmental and socioeconomic impact. And yet the reasons behind the success of this resilient weed have not been investigated.

For as long as humans have been traveling to different parts of the globe, they have carried with them the seeds and spores of plants that do not belong – sometimes this has been intentional, but often it has occurred inadvertently. In this way, humans have succeeded in changing the planet, as alien species have flourished in new regions and brought with them problems for indigenous flora and fauna, and for humans.

Alien species that become invasive currently pose one of the world’s major environmental problems as they outcompete local species and take over their habitats. As a consequence, the Intergovernmental Science-Policy Platform on Biodiversity and Ecosystem Services (IPBES) has identified invasive alien species as one of the biggest global threats to biodiversity.

“Invasive species are a key factor in the crisis that is affecting biological diversity now,” says Michael D. Martin, professor of evolutionary genomics at the Norwegian University of Science and Technology‘s (NTNU) University Museum.

There are many examples of alien plants and animals that have become established in new areas and caused havoc among indigenous species. A striking example is the rabbits that were introduced to Australia to make the place feel more like ‘home.’ Within decades there were half a billion rabbits and their destruction of grazing and habitat were notorious. Currently, on Marion Island in the sub-Antarctic, a costly project has been underway to eradicate the mice that were introduced inadvertently and that quickly went to work eating the eggs and chicks of the ground-nesting seabirds that breed there.

Despite numerous such examples, not much research has been done on what makes some alien species able to adapt to new environmental conditions and spread so quickly. An international research group including some of the world’s leading genetic researchers has therefore taken up the case of common ragweed (Ambrosia artemisiifolia) in order to investigate the likely source populations of ragweed introduced into Europe, to test whether there are perhaps fewer plant pathogens in Europe than in North America, and to identify potential genetic reasons for the success of ragweed populations in Europe.

To answer these questions, the researchers conducted analysis of the genomes of ragweed plants, both from North America and from Europe. They also included specimens that were preserved in herbaria, in order to get a historical perspective on genetic changes in populations of this plant and to understand how ragweed genomes have evolved since being introduced into Europe. They searched in particular for the genetic basis of successful invasiveness in these plants. Their results have now been published in the journal Science Advances.

“We examined the genetic material in 655 specimens of common ragweed, of which 308 were taken from historical plant collections in herbaria. Some of them were as much as 190 years old and are from the time the plant got first introduced to Europe,” says Vanessa C. Bieker, an expert in evolutionary genetics at the NTNU University Museum and lead author on the publication.

The results of the analysis showed that significant changes had occurred in the genomes of ragweed plants in Europe over the past 200 years, but not in those from North America. The researchers state that these changes likely reflect the introduction of ragweeds from multiple diverse sources, as well as genetic drift during introduction bottlenecks. Furthermore, the European ragweed specimens all showed evidence of genes from other Ambrosia species with which they hybridized.

“We discovered that the plant hybridized in Europe with closely related species that were introduced around the same time,” says co-author Michael Martin. This behavior meant that common ragweed did not need to have another common ragweed plant nearby for reproduction purposes as pollen from close relatives could be used to produce seeds. This is especially useful in the early stages of the introduction when population sizes were small.

In more detailed analysis, the researchers found that genes associated with defense against pathogens, plant growth and flowering time had been selected for recently in European populations of ragweed. “The invasive populations in Europe favor the development of genes that contribute to their defense, like ones against pathogens that trigger disease,” says Bieker.

When the ragweed was introduced into Europe it was less exposed to some of its more significant pathogens from back home in the U.S. Some bacteria that commonly infect ragweed plants in North America were absent or rare in Europe, particularly in France where ragweeds were first introduced. This could have helped the species to establish a stable population in France and aided its subsequent spread.

The genomes of ragweed plants from historical collections in France indicate that these early plants were derived from different sources. Eleven percent of them were genetically similar to plants from western North America, 15 percent carried the genetic signature of plants from the eastern North America, and the majority (57 percent) were identified with plants from the Mideast. This indicates that ragweeds were introduced multiple times into France alone, probably mixed in with horse fodder or bags of seed.

Although Denmark is currently the northern limit for the common ragweed, it is now becoming more established there. The plant is not a threat in Norway at the moment, probably because of the country’s harsh climate. However, as global warming changes the world’s temperatures it is likely that the common ragweed will be at an advantage. It grows quickly, and reproduces very successfully using the wind to disperse its pollen. One plant can produce about a billion pollen grains per season, which causes hay fever sufferers much discomfort but means that sexual reproduction can be very effective in this species. It is likely that the advance of the common ragweed will not stop at Denmark, particularly as global warming takes effect.

The authors conclude that their study illustrates the potential of global herbarium collections as a rich source of historical material for the investigation of population genomics over continental, and even global scales. These meticulously curated and often well-preserved plant specimens contain not only the host plant genome but also a complex community of associated microbes that can reveal a rich history of coevolution during the Anthropocene.