White-tailed deer behavior shapes the acoustics of their habitat • Earth.com 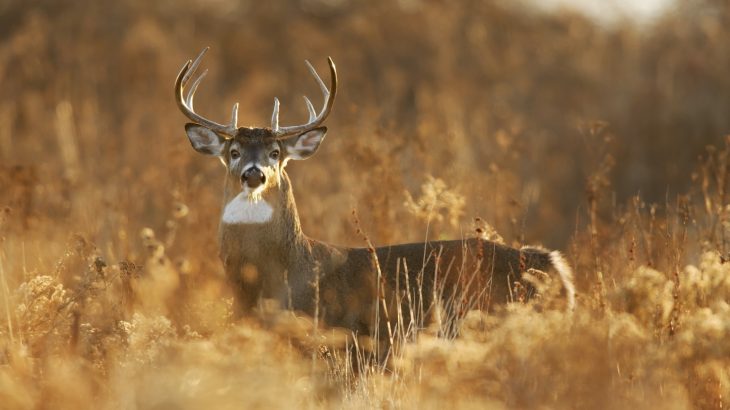 White-tailed deer behavior shapes the acoustics of their habitat

White-tailed deer browsing habits may affect the vocal communication of songbirds and and other species within their habitat, according to a new new study published in the journal PLOS ONE.

Timothy J. Boycott and his colleagues from Vassar College have seen a link in the growth of white-tailed deer populations in America and acoustic chances within their habitats that directly affect communication among songbirds and other forest species.

Because the white-tailed deer feed on understory trees and shrubs, they therefore reduce the abundance and diversity of forest vegetation. This then causes more open space for sound transmission to travel rather than bounce off greenery.

Researchers tested their theory by playing recorded songbird tones and trills, as well as white noise, in paired plots that were either fenced off to prevent deer from entering or not. The researchers paid close attention to the fidelity, amplitude, and attenuation of the sounds across said plots.

The plots that allowed deer to graze had greater sound fidelity compared to deer-excluded plots, yet they showed no difference in amplitude. The team believed this is because of the reduced density in vegetation within the deer-browsed plots. The study revealed that birds can communicate better in deer-browsed areas because their transmissions are clearer due to the lacking vegetation.