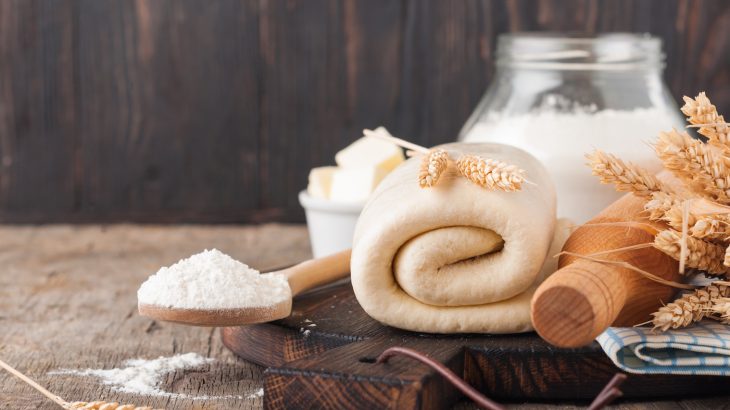 Amateur and professional bakers alike understand the perturbation of raw dough having browned while in storage. This browning can negatively affect the appearance of the final product and can therefore lead to economic loss for commercial bakers.

However, a new study published in the American Chemical Society’s Journal of Agricultural and Food Chemistry has found that a mixture of white wine and lemon juice may be the key to keeping pastry dough white, bright, and looking as fresh as the day it was made.

The discoloration of pastry dough, known as enzymatic browning, occurs when a chemical process lead by an enzyme called polyphenol oxidase (PPO) takes place. The exact same enzymatic browning process happens to bananas and other fruits that are susceptible to discoloration. There are commercial additives that can be used to thwart the browning of pastry dough. But with consumers asking for more natural products within their foods, commercial bakers and manufacturers have been tasked with looking for all-natural alternatives.

Alongside several colleagues, Peter Fischer from the American Chemical Society experimented with several different natural alternatives to these commercial additives. Some combinations of natural ingredients caused discoloration in the pastry dough from the get-go, but prevented more browning later on.

However, others kept the dough white from start to finish. Such a combination was white wine and lemon juice, which, when added to the dough, inhibited the PPO chemical reaction, therefore stopping the enzymatic browning process before it had a chance to occur.

With such a simple fix for nagging problem, the hope is that both at-home and commercial bakers will be able to produce pastries that only brown once they’re put inside the oven.