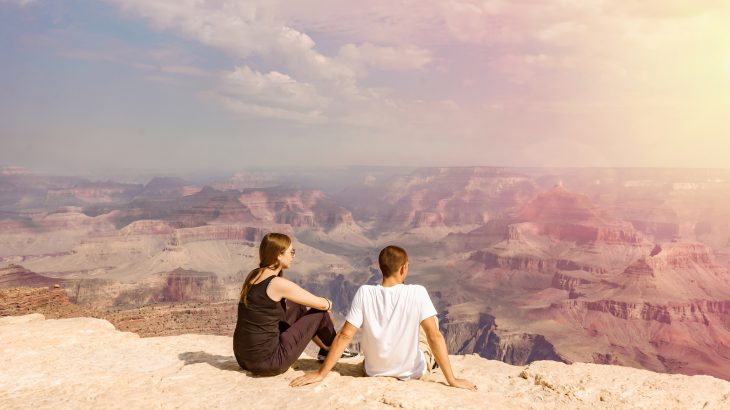 It’s a rhetorical question.  Any United States citizen ‘owns’ part of public lands and at the same time, no one does.  Collective administration of National and State Parks, Forest Service and Bureau of Land Management land is supposed to manage these lands in a way appropriate for all Americans.

Recently, an opinion piece by Danielle Williams republished by High Country News and originally published on Melanin Basecamp defends the practice of ‘geotagging’.  Geotagging is the practice of ‘tagging’ selfies with the exact location of where they were taken.  The piece takes issue with the idea promoted by some outdoors people that this type of behavior brings in undesirables, people who haven’t ‘earned’ the right to be in a place.  The piece argues that this sort of ‘elitism’ excludes people of color, the disabled and other under privileged people disproportionately.

This idea brings to mind a conversation I had a while back with Sophia Danenberg, the first African American woman to summit Mount Everest.  Danenberg told me that people of color often feel excluded from the outdoors, specifically the climbing community. Climbers she has voiced this concern to have argued that they treat everyone the same.  But this isn’t the point because Danenberg feels many in the climbing community are unwelcoming to everyone.  The problem is that this means that people of color feel more excluded because they may already be less confident than their white counterparts.  There is definitely some work that needs to be done on inclusiveness in the outdoors, especially in organizations dominated by the white and the wealthy.

In her article, Williams correctly points out that the history of public lands is one of Native American lands stolen by white people.  Williams also points out that people of color are more likely to suffer from environmental degradation than their white counterparts. Exclusion is a clear problem in the outdoor and environmental communities.  But the discussion of geotagging and selfies in the outdoors misses two important issues.

First, the outdoors isn’t all about a person or group of people’s experience, it’s also about the environment itself.  Some places restrict the number of people coming into the outdoors already (like the weighted lottery system needed for an individual permit to raft the Grand Canyon).  Many places don’t limit the number of visitors, but this doesn’t mean that more people doesn’t mean a negative impact on the environment. Not everything is destroyed by a large mineral extraction company.

Secondly, I’ve spent a bit of time in the caving community.  In my experience, if you’re willing to put in the work to learn proper caving techniques for safety of the group and to protect the cave, cavers are happy to take you on trips.  No caver I know would willingly tell someone the location of a cave though, unless they knew that person very well and had been caving with them before. This might seem elitist, but there’s a very good reason for it.

White Nose Syndrome is decimating bat populations in the eastern US and was potentially brought there on the shoe of a tourist to a European cave. Casual graffiti and the taking of cave formations as souvenirs has trashed some caves, leaving no surface untouched by vandalism and looting.  This is as surely destruction as a mine drilling into a cave.

Caves are of course special, small environments but anyone who’s spent time outdoors has seen a wild animal dead along a park road, or broken glass littering a public campground or trees with carved hearts and initials.

A two or three hour walk on any trail that’s popular at all will turn up at least on piece of trash.  Plastic Pollution Coalition reported in 2016 of deer in India dying from eating plastic in trash.  It’s a problem in the United States, too. On a backpacking trip in the Grand Canyon, I once saw a sign posted telling of deer that died from eating plastic baggies with food in them.  These are problems that occur when people come to view places as merely backdrops to their own experiences, something that social media seems to encourage.

The other problem with geotagging is the quality of the experience.  For many, the outdoors is much more than a place for activities, it’s a deep sanctuary, a place to connect with something bigger, older, deeper than the individual or even humanity.  In his book The Abstract Wild, Jack Turner discusses stumbling upon a remote petroglyph panel in Utah in his youth without expecting it.  Later, Turner returned to the panel and found himself feeling a mix of emotions, first expressing his happiness that the petroglyphs were preserved,

“I am pleased the Harvest Site is preserved in the Maze District of Canyonlands National Park.  I am happier still that the pictographs remain difficult to visit. I am delighted they remain in such good condition.  I support the tough new backcountry management plan. I praise the rangers for their courage, their vision, and their devotion to a place I love.”

Then, Jack Turner changes his focus a little, addressing something harder to grasp, how things like saturation of media and easy access can in themselves change the nature of a thing or a place and his own feeling of loss:

“But I wish we were wise enough to preserve something more.  I wish that children seven generations from now could wander into an unknown canyon and receive at dusk the energy captured by a now-forgotten but empowered people.  I wish these children could endure their gaze and, if only for a moment, bask in the aura of their gift.”

The point is that for better or worse, some experiences can’t be shared.  Solitude. Loneliness. Rather than encouraging people to snap the exact same selfie as a hundred Instagram crazed tourists before them, the focus should be on empowering as many people as we can to explore the world and live fully in its wildness.  Some rules are inherit in respect for a place.