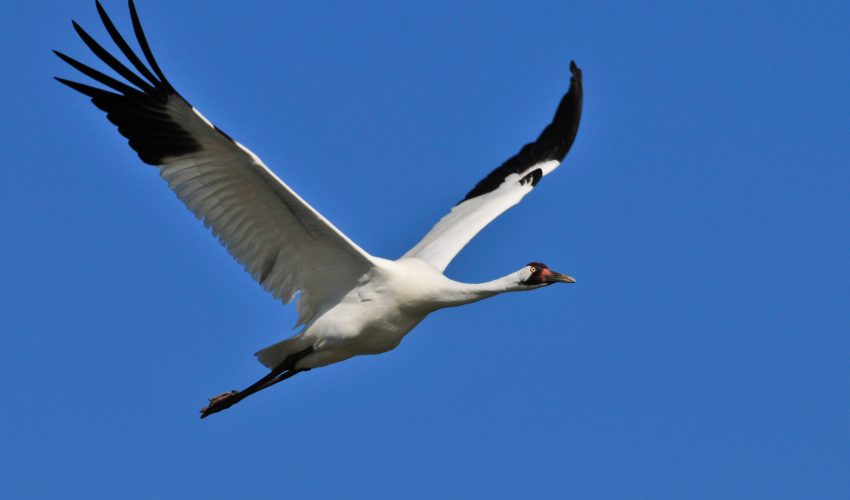 The whooping crane is a rare North American bird, with just over 600 in existence. Researchers have discovered that these uncommon birds are also unusual when it comes to love in the wild.

A recent study has revealed that the long-term relationships that whooping cranes have with their partners often begin during childhood.

When courting, whooping cranes leap, flap their wings, and produce loud vocalizations. When a whooping crane is ready to bond or mate, its crown turns bright red.

A research team led by the University of Georgia tracked 58 pairs of whooping cranes during breeding season using transmitters. These birds had been reintroduced to the eastern United States in 2001.

The researchers observed that the majority of the whooping cranes became friends before breeding. The experts determined that 62 percent of the bird couples had struck up a friendship over a year before mating, while 26 percent had formed a close relationship over two years before breeding.

“In addition, 60% of pair associations began before at least one partner had reached nominal sexual maturity,” said the study authors. “Most pairs began associating in the late spring upon arrival at the summer grounds, while associations beginning at other times of the year were rare.”

According to the researchers, the birds’ behavior suggests that there are benefits to prebreeding relationships, such as protection from predators, increasing partner familiarity, and reproductive success.

Furthermore, the monogamous nature of the whooping cranes’ partnership may be an advantage that shelters them from the difficulty of finding a new mate each breeding season.

The research is published in the journal Animal Behaviour.