Why are Tyrannosaurus Rex’s arms so short? • Earth.com 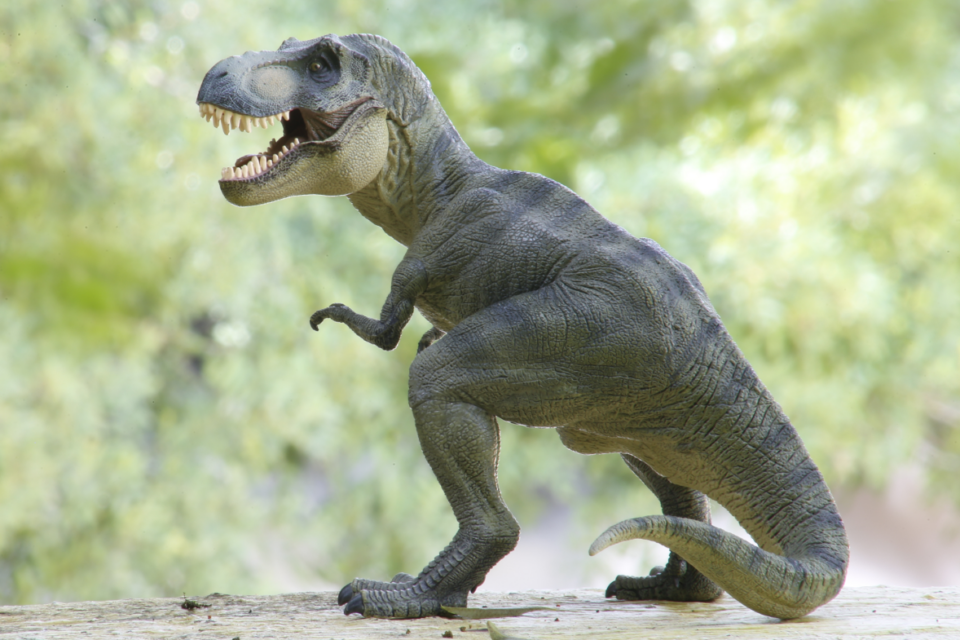 Why are Tyrannosaurus Rex’s arms so short?

When famous dinosaur fossil hunter Barnum Brown discovered the first Tyrannosaurus Rex fossils in 1900, he thought its arms were too short to belong to the skeleton. His colleague, Henry Fairfield Osborn, who first described and named this specimen, argued that the short arms may have been “pectoral claspers,” or limbs that hold females in place during copulation – which is analogous to how some sharks’ or rays’ pelvic claspers function.

Since then, the shortness of T.rex’s limbs remained a highly debated issue, with scientists proposing various hypotheses, including waving for mate attraction or social signaling, serving as an anchor to allow the dinosaur to get up from the ground, holding down prey, or stabbing enemies. Some paleontologists even claimed that the arms had no function at all.

In a new study, Kevin Padian – a distinguished emeritus professor of Integrative Biology at the University of California, Berkeley, and a curator at the UC Museum of Paleontology – has proposed a new hypothesis, which he formulated after other paleontologists unearthed evidence that T.rex often hunted in packs, rather than singly, as depicted in many pictures and dioramas.

“Several important quarry sites unearthed in the past 20 years preserve adult and juvenile tyrannosaurs together,” Professor Padian said. “We can’t really assume that they lived together or even died together. We only know that they were buried together. But when you find several sites with the same animals, that’s a stronger signal. And the possibility, which other researchers have already raised, is that they were hunting in groups.”

According to Padian, T.rex’s arms might have shrank in length over several generations in order to prevent accidental or intentional amputation when a pack of T.rexes converged on a carcass with their huge heads and massive, bone-crushing teeth.

“What if several adult tyrannosaurs converged on a carcass? You have a bunch of massive skulls, with incredibly powerful jaws and teeth, ripping and chomping down flesh and bone right next to you. What if your friend there thinks you’re getting a little too close? They might warn you away by severing your arm,” explained Professor Padian.

“Bite wounds on the skull and other parts of the skeleton are well known in tyrannosaurs and other carnivorous dinosaurs. If fewer bite marks were found on the reduced limbs, it could be a sign that reduction worked,” he added.

The study is published in the journal Acta Paleontologica Polonica.