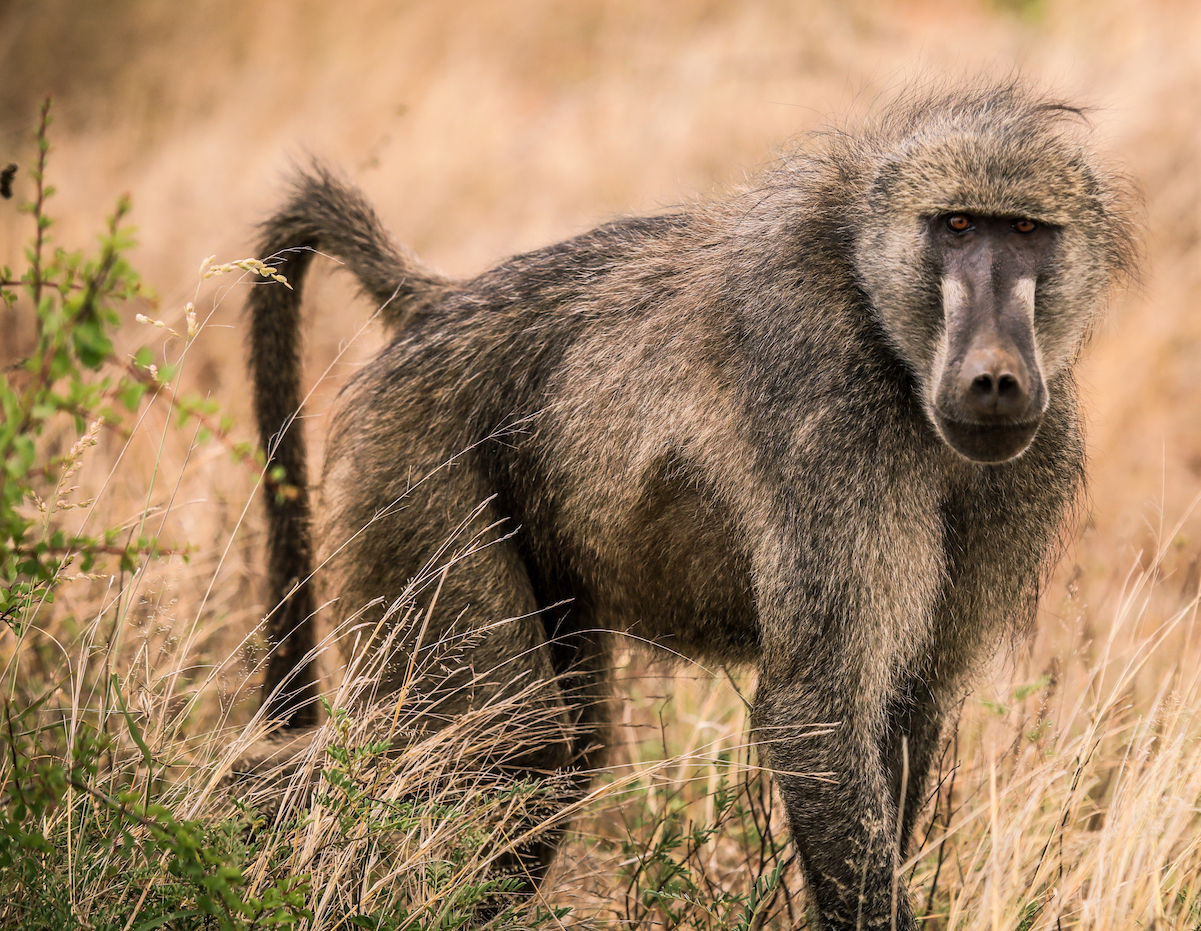 A new study from the American Society for Microbiology has found that the presence of humans changes the structure and function of gut microbial communities among non-human primates. The investigation, which was focused on wild and captive baboons, is one of the first to provide insight into the pre-antibiotic resistome of primates.

Dr. Gautam Dantas is a professor of Pathology and Immunology at Washington University and the study’s lead researcher.

“There is a gradient in the compositional differences of the gut microbiomes between humans with different lifestyles, with people living in developed nations and cities having similar microbiomes and then microbiomes looking less and less similar the further away you move toward the agrarian and hunter-gatherer lifestyle. This study shows you can now put non-human primates on that same gradient too.”

The team used wild versus captive nonhuman primates as a model for the human microbiome. The analysis revealed that antibiotic resistance would still exist even without human-induced antibiotic selection pressure. The researchers also demonstrated that the microbiomes of animals in wild populations are very distinguishable.

“As soon as you have contact with humans and human medicines, you shift the composition of the microbiome toward an industrialized human state and you enrich for antibiotic resistance, which tells us that this is a great risk factor,” said Dr. Dantas.

“It is very difficult to find what the pre-antibiotic resistome looks like. That is what motivated this study.”

One of the biggest obstacles in understanding how antibiotics affect the human microbiome is the challenge of finding human samples that have never been exposed to antibiotics.

For the current study, Dr. Dantas teamed up with several anthropologists who had access to wild and captive primate populations. “We were very fortunate to get not just the samples, but the intellectual contributions of the anthropologists,” said Dr. Dantas.

The team sequenced DNA using fecal samples from baboons in regions of Zambia where the animals had minimal contact with humans and compared them to samples from captive baboons in the Southwest National Primate Research Center. Next, the researchers mapped the metagenomic data against databases of resistance genes, which allowed them to identify both known and unknown resistance genes.

According to the researchers, it is not the first time that resistance genes have been found in animal populations that have not been exposed to human-produced antibiotics.

“Antibiotics are molecules that have been produced by soil bacteria for hundreds of millions of years. In the 1930s and 1940s, humans figured out how to bioprospect these molecules and produce them on a large scale and that changed the face of treating infectious diseases. Then resistance started increasing in pathogens, but resistance has existed in other bacteria for eons,” explained Dr. Dantas.

The research is published in the journal mSystems.