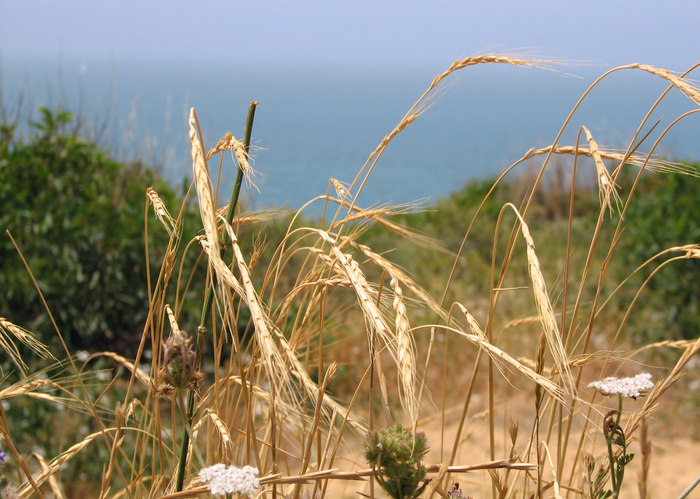 Stem rust is one of the deadliest crop diseases. It is caused by a fungus (Puccinia graminis f. sp. tritici) and has severely affected cereal farming throughout its entire history. A new study published in the journal Nature Communications has discovered that an obscure species of wild grass (Aegilops sharonensis), which is a distant relative of wheat, has strong resistance against this fungus, and could be cross bred into wheat to give immunity against this deadly disease.

The researchers used novel bioinformatics techniques to sequence for the first time the genome of Aegilops sharonensis, a wild grass native to Israel and southern Lebanon. Using this genetic map and a search tool called “Mutant Hunter,” they identified a gene which appeared to confer strong protection against all tested strains of the wheat stem rust fungus.

“We now have this blockbuster gene that confers amazing immunity. If I were stem rust, I would be shaking in my spore,” said study co-author Dr. Brande Wulff, a wheat researcher at King Abdullah University of Science and Technology.

“It has been an arduous research journey lasting many years, but we have now found this gene that confers broad-spectrum resistance. We have yet to come across an isolate of the pathogen which can overcome the gene,” added study lead author Dr. Guotai Yu, a geneticist at the John Innes Center.

Dr. Yu and his colleagues plan to employ the new gene as part of a stack of genes bred into common wheat varieties by using genetic modification technologies. Although A. sharonesis’ long generation time, tough seed coat, and difficulties of crossing it with wheat has made it less tractable than other species of wild grasses to be mined for useful genetic traits, the scientists hope that new technologies will help them cross bred it to wheat in order to overcome the burden stem rust disease is increasingly placing upon cereal populations.

“Pathogens like stem rust, already reduce the yield of wheat by 21 percent. Not only is the grain itself lost or damaged by the pathogen, but also the energy that goes into production – an equivalent of 420 billion kilowatts – enough to power 300 million homes in the developing world is wasted. If we can intervene with genetics, by recruiting the resistance found in this wild-wispy looking grass then that would be an amazing contribution to agriculture and climate change,” concluded Dr. Wulff.