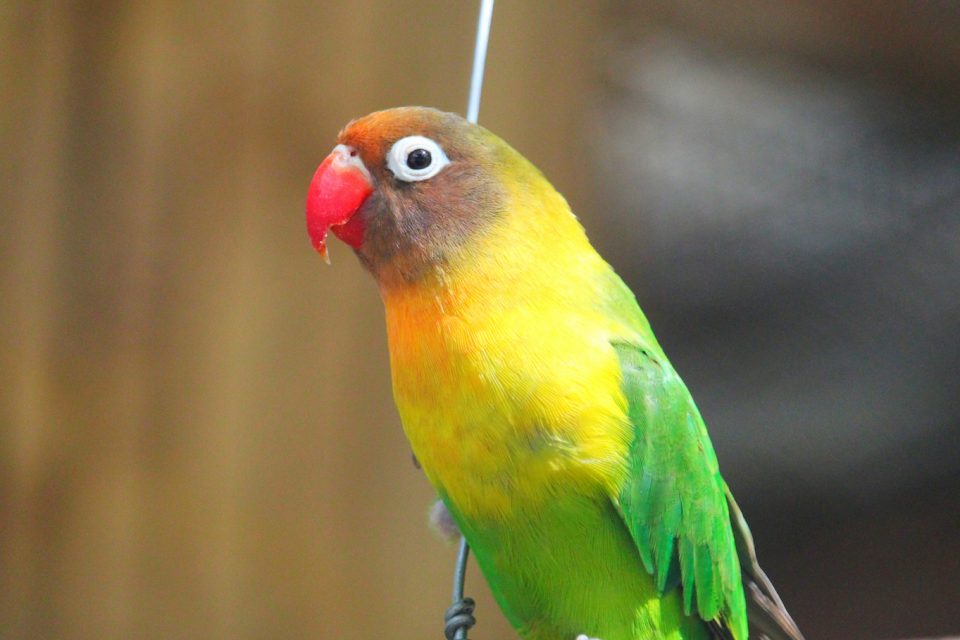 Wild parrots are destroying poppies to feed their opium addiction

Some farmers in central India are on high alert as flocks of wild parrots are tearing into their poppy plants for opium. The parrots, who have apparently developed a serious addiction to opium, have even learned when and how to covertly descend upon the plants.

Video footage captured in India’s Madhya Pradesh state shows wild parrots frantically  ripping apart the poppy seed pods. In some cases, the birds can be seen cutting the stalks below the pods and flying off into the trees with them.

The parrots wait until the farmers cut the poppy pods to help them ripen, which exposes latex that is rich in morphine. The birds have also learned to be stealthy, swooping silently down into the poppy fields without making any sound.

The farmers say that the parrots have become so addicted to the opium that they must be on guard nearly all the time to prevent the birds from eating the seeds and getting high. 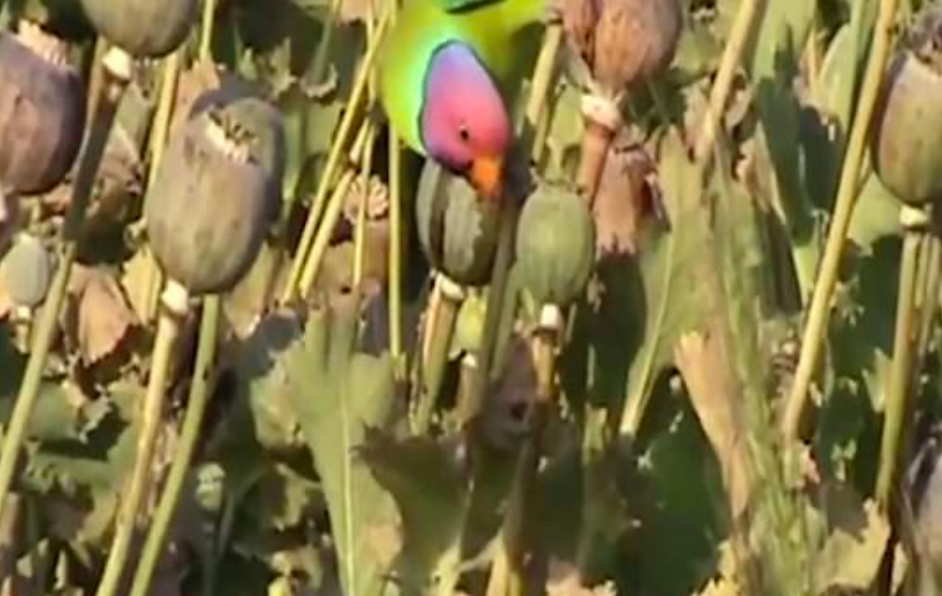 The opium poppy, Papaver somniferum, is one of the oldest medicinal plants in the world. Opiates derived from the plants have been used for thousands of years for both medicinal and recreational purposes. Today, opium poppies are used to produce the two most common painkillers – morphine and codeine.

Dr. R.S. Chundawat is an opium specialist in Mandsaur who explained to Daily Mail that opium would affect the parrots in the same way that coffee or tea affects humans, giving them instant energy. He said that once the birds experienced this feeling, they would have quickly fallen prey to the addiction.