Wild red wolves confirmed as endangered and only 40 remain • Earth.com 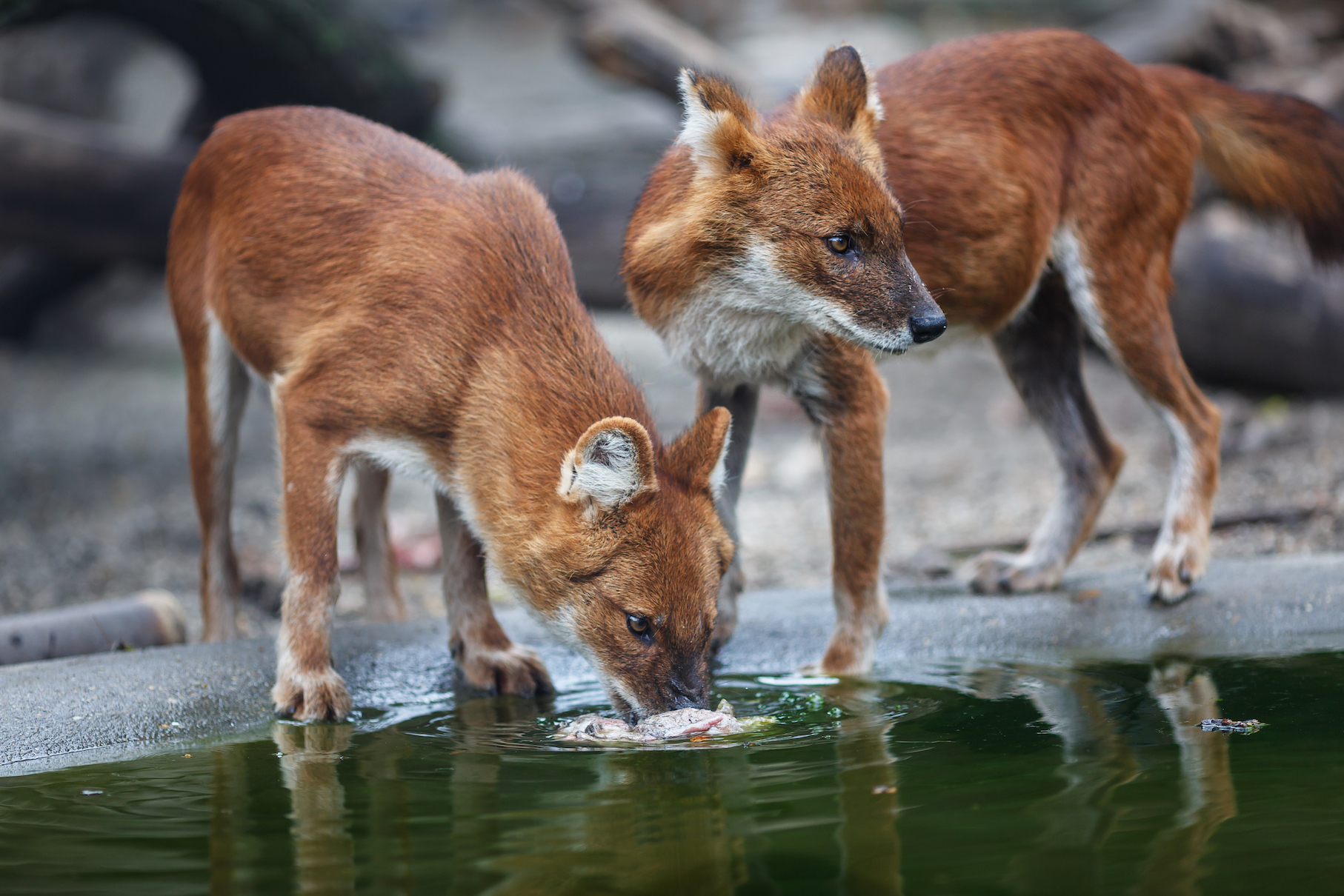 Wild red wolves confirmed as endangered and only 40 remain

The last remaining population of wild red wolves in North Carolina has dwindled down from 120 to 40 in just a decade, according to a new report by the U.S Fish and Wildlife Service.

Conservation efforts including releasing captive wolves and controlling the coyote population brought the species back from the brink of extinction in the 1980s, and for a brief period, the wolves seemed to bounce back with populations numbering over 100.

However, hunting, collisions with cars, and disease have all taken a major toll on the wolves.

The new report which included a five-year assessment of the wolves found that their remaining population cannot be sustained in the wild and could be wiped out in the next twelve years.

“The population cannot recover from their losses and overcome mortality resulting in a steadily declining population,” the review says.

Leopoldo Miranda, an Assistant Regional Director for the Fish and Wildlife Service told the Daily Mail that the agency already spends $1 million on red wolves annually.

“The conditions conducive to self-sustainability are not present at this time in eastern North Carolina,” Miranda said.

230 wolves are currently living captivity but this is not likely to have any impact on the wolves living in the wild as efforts to release captive red wolves have halted in recent years.

The purpose of the assessment, according to the report, was to examine the red wolves to see if their status had changed at all since they were first declared endangered.

The two major factors impacting the wolves decline were gunshots resulting in more than 80 deaths over a 25 year period, and collisions with vehicles that caused 70 deaths during that same period.

The results show that the species is still endangered and may well be on the fast track to extinction.

However, while the outlook is bleak, conservation groups are claiming federal officials were negligent and have not done enough in recent years to protect the wolves.

“The Fish and Wildlife Service is not taking the action that is required to recover the species, and indeed these documents indicate that they’re going to continue down that path,” Sierra Weaver, an environmental lawyer told the Daily Mail.

Weaver is part of a group of lawyers working on a lawsuit against the US Fish and Wildlife Service stating that the agency has purposely stopped recovery efforts in the last five years.