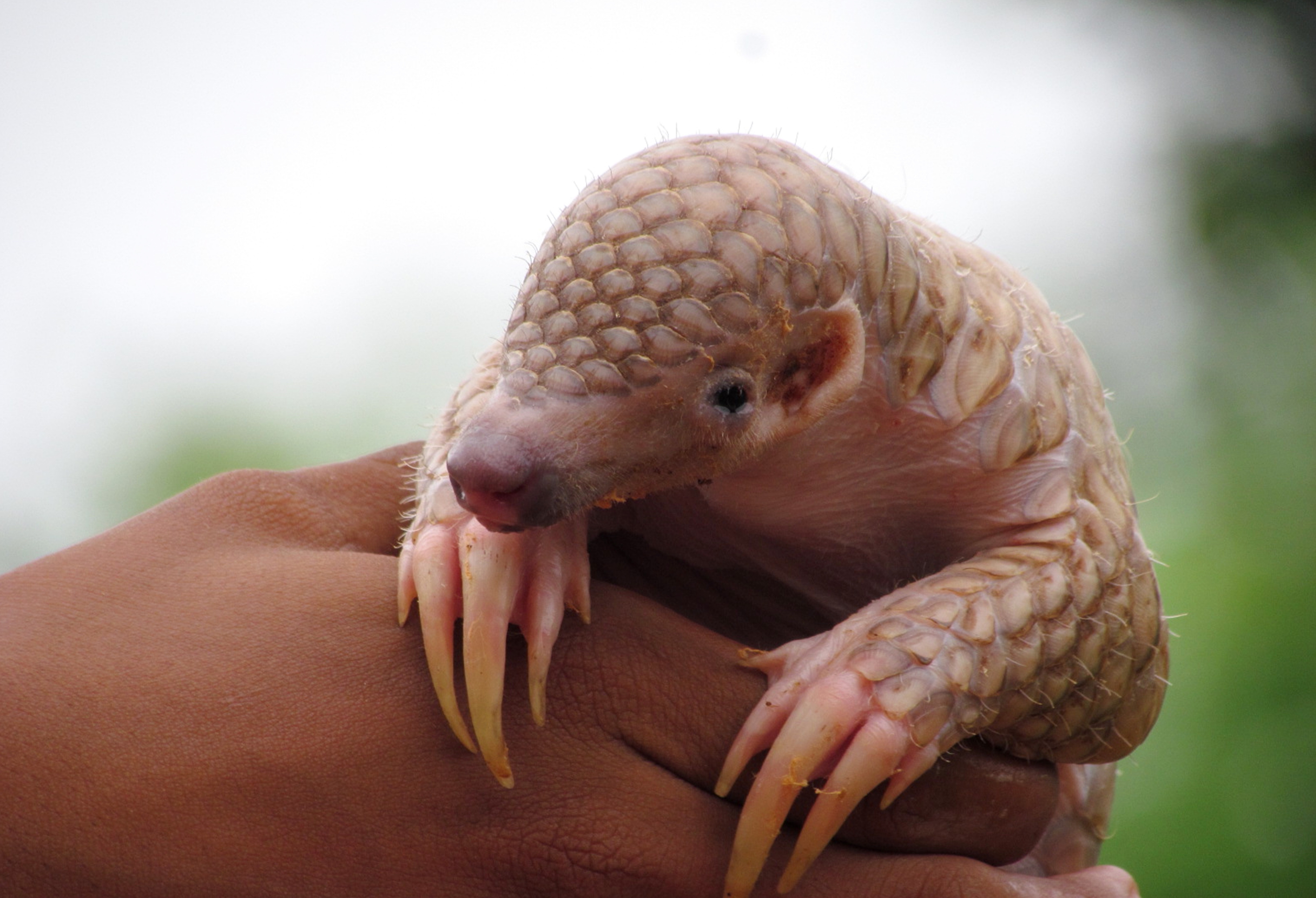 The hidden victims of wildlife trafficking

Wildlife trafficking is a global issue that threatens the future of many iconic species such as elephants, tigers and rhinos. But the practice has also been especially detrimental to a little known species: the pangolin. In fact, pangolins are the most trafficked mammal in the world with an estimated one million individuals taken from the wild in the last decade alone. That amounts to one pangolin stolen from the wild every five minutes.

Pangolins are truly fascinating animals. The pangolin, or scaly anteater, is the world’s only scaly mammal. They have a large body, long tail, tiny head and eat insects. Pangolins have all the makings of a charismatic species, yet rarely does the discussion of wildlife trafficking focus on their plight.

In total, there are eight species of pangolin, all of which are in danger. Two pangolin species are listed as critically endangered, two listed as endangered and four listed as vulnerable. All eight species of pangolin are currently protected by Appendix I of the Convention on International Trade in Endangered Species of Wild Fauna and Flora (CITES), an international agreement regulating the trade of wildlife. In this classification, species are only allowed to be traded under exceptional circumstances and are considered to be threatened with extinction. Despite this, the pangolin market seems to have grown in recent years.

Pangolins are largely trafficked for their scales and meat. Pangolin meat is considered a sign of high status in countries such as China. The scales are often used in traditional Chinese medicine, tonics or leathered goods. Although the scales are believed to help cure medical ailments, they are made of keratin, similar to human fingernails and rhino horn.

Despite the fact that the pangolins live in a large habitat across Asia and Africa, the populations are dwindling in the wild. The pangolins are easy to hunt; they will curl into a ball if they feel threatened which makes it easier for traffickers to scoop them up.

A study by the wildlife trade monitoring group TRAFFFIC found that 69% of trafficked pangolins in Malaysia were captured opportunistically. Pangolins are often found by local villagers and farmers who decide to sell the animals for a quick profit. Pangolins sell for a high price in the wildlife market and enforcement is minimal despite the fact that the species is protected by international and multiple national laws.

A 2016 study published in Global Ecology and Conservation examined pangolin parts sold at a market in Mong La, Myanmar. The researchers visited the market on four separate occasions and found a total of 42 bags of scales, 32 whole skins, 16 fetuses or pangolin parts and 27 whole pangolins for sale. A separate study conducted by TRAFFIC found pangolins sold openly at 154 stalls at markets in China. Despite the fact that the pangolin trade is illegal in both Myanmar and China, researchers in both studies were able to find pangolin products widely available.

Efforts across the world have ramped up to save this overlooked species. The International Union for Conservation of Nature, the global authority on nature conservation, re-established a pangolin specialist group to generate an action plan in 2012. The action plan includes exploring conservation breeding, implementing public education programs and launching a digital media and awareness campaign.

This imperiled species needs the public’s attention and it needs it fast. Without international, wide-scale efforts to conserve the pangolin it stands little chance against a thriving wildlife market.