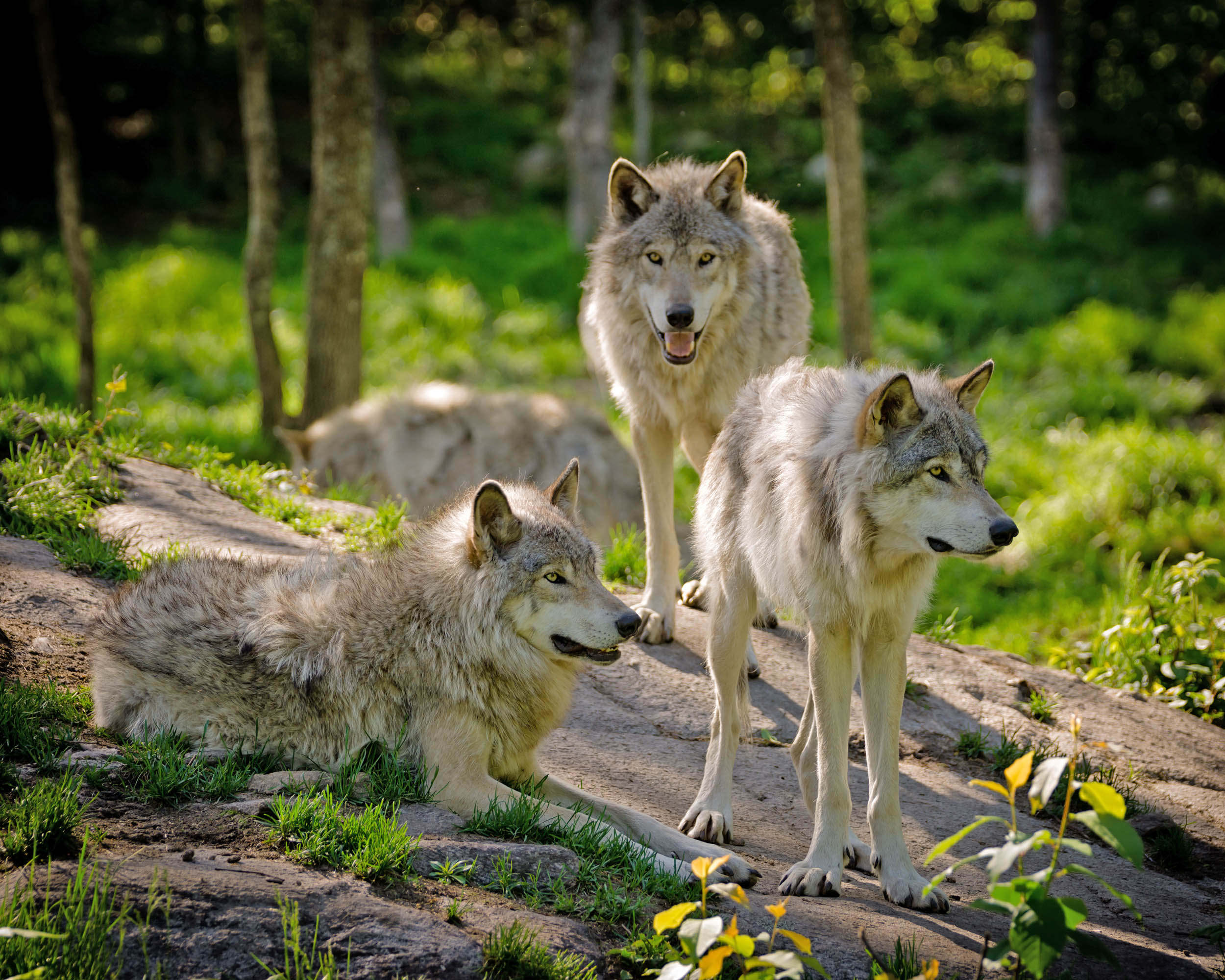 The on-going extermination of a wolf pack in Washington has prompted a university to disavow statements by one of its professors in defense of wolves – the latest development in a controversy that pits conservationists against cattle ranchers in a part of the state far from the populous Seattle metro area.

The Profanity Peak wolf pack is located in mountainous Ferry County, north of Spokane. State officials authorized exterminating the pack for killing at least six head of cattle grazing on public land in the Colville National Forest. So far, six wolves have been killed by hunters shooting from helicopters. Two adults and several pups remain.

The hunt has outraged environmental groups, who say wolves are natural predators that should not be killed in favor of cattle grazing at subsidized rates on public land.

“It’s very, very troubling,” said conservationist Amaroq Weiss of the Center for Biological Diversity, which has opposed the hunt.

The issue took an unusual twist this week, when Washington State University publicly rebuked a faculty member who had spoken out in support of the wolves.

Recent statements by carnivore researcher Robert Wielgus that a rancher released his cattle on top of a wolf den were inappropriate and inaccurate and “contributed substantially to the growing anger and confusion about this significant wildlife management issue,” WSU said in a statement Wednesday.

WSU disavowed comments by Wielgus, director of the school’s Large Carnivore Conservation Lab, which were made to The Seattle Times. Wielgus “subsequently acknowledged that he had no basis in fact for making such a statement,” WSU said. The school said the livestock were released more than four miles from the den site.

Another statement by Wielgus that none of the participants in his study, in which both wolves and cattle are radio-collared, experienced loss of livestock also was not true, WSU said.

“WSU apologizes to our friends, our science partners, and to the public for this incident,” the school said.

Wielgus said Thursday he was no longer authorized to speak to the media.

“I can’t recall in my 13 years (at WSU) ever seeing this sort of thing before,” Strenge said.

The university’s statement did not concern Wielgus’ research or other work, Strenge said. Nor was it about expressing his opinion. It only involving the inaccuracy of Wielgus’ statements, Strenge said.

Weiss said the WSU statement shows the political clout of the livestock industry.

“They don’t want wolf research out of WSU,” she said.

State Rep. Joel Kretz, R-Wauconda, who represents the sparcely-populated region where 75 percent of the state’s wolf packs are located, said he met with university officials – including President Kirk Schulz – after Wielgus made his comments. Kretz said he demanded that WSU make public any action against the professor.

“The academic world usually doesn’t do things like that,” Kretz said. “Usually it’s swept under the rug.”

Kretz said ranchers had past problems with Wielgus’ research on wolves and cattle.

Wolves were exterminated in Washington state early in the last century. They began moving back into the state in the early 2000s from neighboring Idaho and British Columbia. State officials estimate there are 90 wolves living in Washington, most of them in the remote northeastern corner of the state.

This is the third time in recent years that hunters hired by the state have killed wolves to protect livestock.

On Thursday, dozens of protesters gathered outside of the Washington Department of Fish and Wildlife offices in Olympia to decry the killing of the Profanity Peak pack. Many protesters carried pictures of wolves and signs that read “Protect The Wolves” and “Stop The Slaughter.”

“Wolf recovery has not been popular in NE Washington, and it’s much deeper than simply a wolf advocate versus cattleman conflict,” they wrote. “Our communities fear that our whole culture, our largely rural, pastoral way of life is on the verge of disappearing.”