Wolves and beavers needed to "rewild" the American West • Earth.com 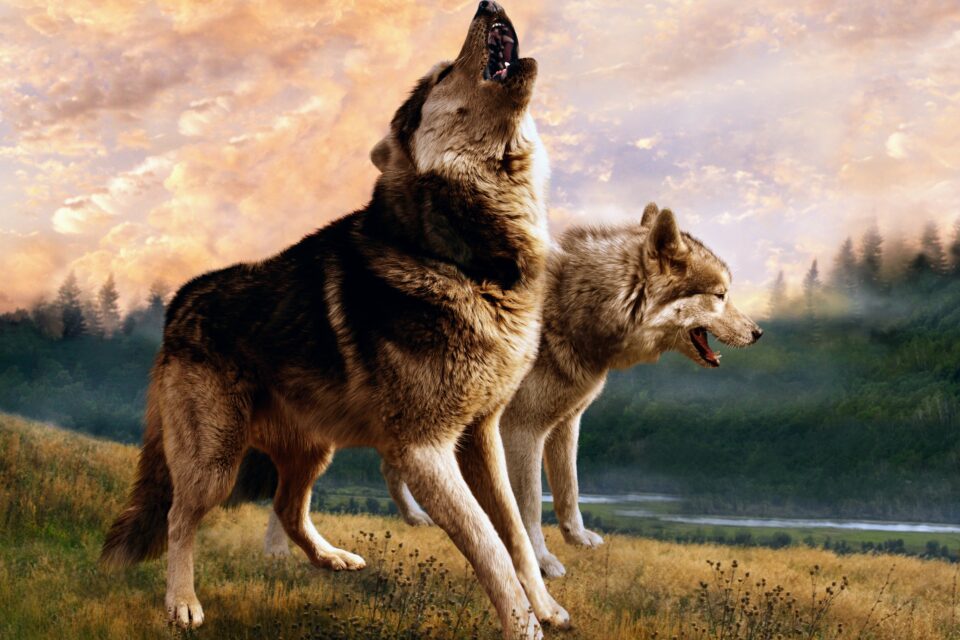 In an attempt to re-establish vital ecological processes, a research team led by Oregon State University (OSU) has recently proposed a series of management changes on western federal lands that would result in significant increase in gray wolf and beaver populations – two currently endangered species that play a large number of critical ecological roles.

Gray wolves – apex predators able to trigger powerful, widespread ecological effects by controlling native ungulates such as elk, and facilitating the regrowth of vegetations species like aspen – were hunted to near extinction in the American West. Since the 1990s, wolves have been reintroduced to several regions of the Rocky Mountains and the Southwest through measures made possible by the Endangered Species Act.

“Still, the gray wolf’s current range in those 11 states is only about 14 percent of its historical range,” said study co-lead author Christopher Wolf, a postdoctoral scholar in Forestry at OSU. “They probably once numbered in the tens of thousands, but today there might only be 3,500 wolves across the entire West.”

Similarly, beaver populations, once widespread in the West, have declined by 90 percent after the beginning of settler colonialism and have now vanished from many streams, leaving a large number of ecosystem services unprovided. By falling trees and shrubs to build their dams, beavers play a critical role in enriching fish habitats, increasing water quality as well as water and sediment retention, maintaining water flows through droughts, boosting carbon sequestration, and generally improving the habitats of a variety of riparian plant and animal species.

“Beaver restoration is a cost-effective way to repair degraded riparian areas,” said study co-author Robert Beschta, a professor emeritus of Forestry at OSU. “Riparian areas occupy less than two percent of the land in the West but provide habitat for up to 70 percent of wildlife species.”

In their study, the researchers included a catalogue of 92 threatened and endangered plant and animal species which have at least ten percent of the ranges within their proposed “Western Rewilding Network.” The most common threat for these species is livestock grazing, which can cause stream and wetland degradation, affect wildfire regimes, and make it increasingly harder for woody species, such as willow, to regenerate.

“We suggest the removal of grazing on federal allotments from approximately 285,000 square kilometers within the rewilding network, representing 29 percent of the total 985,000 square kilometers of federal lands in the 11 western states that are annually grazed. That means we need an economically and socially just federal compensation program for those who give up their grazing permits. Rewilding will be most effective when participation concerns for all stakeholders are considered, including Indigenous people and their governments,” Professor Beschta concluded.