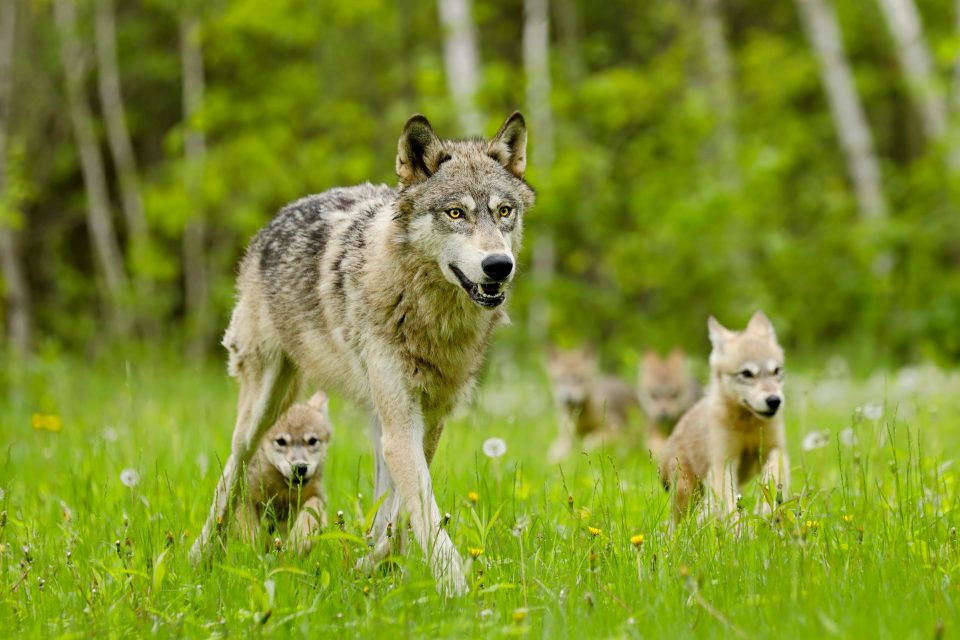 Wisconsin gray wolf population dropped by 30 percent in one year

Wisconsin currently hosts between 695 and 751 gray wolves, which is a major drop from a population of at least 1,034 wolves last year, according to a new study from the University of Wisconsin-Madison.

The research suggests that about one-third of the population decline is due to hidden deaths in the wolf population that have resulted from relaxed legal protections.

On November 3, 2020, the United States Fish & Wildlife Service officially removed the gray wolf from the federal Endangered Species list in the contiguous United States and Mexico. The new law became effective in January of 2021.

In the current study, the researchers found that 218 wolves were killed by licensed hunters during Wisconsin’s first public wolf hunt. The experts report that the uncounted deaths of an additional 100 wolves may be attributed to something called cryptic poaching, where poachers hide evidence of illegal killings.

The overall loss of about 323 wolves represents a decline in Wisconsin’s wolf population of between 27 and 33 percent between April 2020 and April 2021.

The research has produced the first estimate of Wisconsin’s wolf population since the public hunt in February. The hunt ended early after hunters exceeded the quota of 119 wolves within a few days.

The researchers believe that the current population contains a maximum of 751 gray wolves, considering that they incorporated optimistic assumptions about population growth and low poaching rates in their computer models.

The population estimates will help the Wisconsin Department of Natural Resources (DNR) prepare for the next wolf hunt this fall.

“Although the DNR is aiming for a stable population, we estimate the population actually dropped significantly,” said Professor Adrian Treves.

In previous studies from Professor Treves’ lab, the team showed that wolf population growth declined in Wisconsin and Michigan when legal protections were relaxed, regardless of the number of wolves that were killed legally.

The results of other studies suggest that when governments allow lethal management, poachers are inclined to kill more wolves because the relaxed policies signal that predators are less valued. The researchers took this into consideration when modeling the uncounted gray wolf deaths in Wisconsin since last November.

“During these periods, we see an effect on poaching, both reported and cryptic. Those wolves disappear and you never find them again,” said Francisco Santiago-Ávila. “Additional deaths are caused simply by the policy signal, and the wolf hunt adds to that.”

Without hunting, the researchers estimate that the population could recover in one to two years. The experts hope that the Wisconsin DNR and other states’ natural resource agencies take advantage of their methods to develop a more complete assessment of the effect of new policies on predator populations.

“These methods and models are freely available to these agencies,” said Karann Putrevu. “They should take advantage of the best available science to meet their stated goals.”