Study: Women sleep better next to a dog than with a human partner • Earth.com 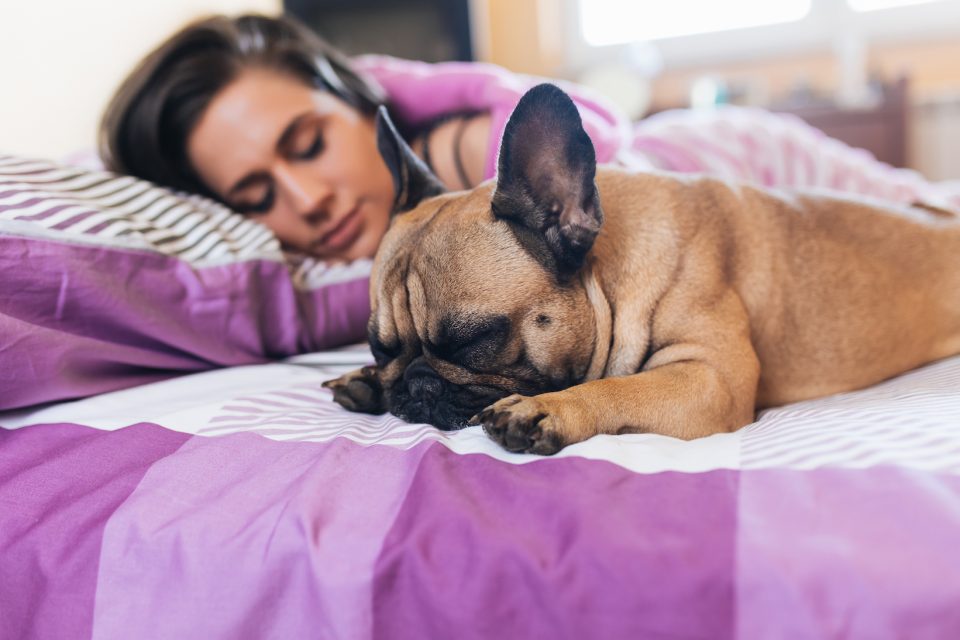 Study: Women sleep better next to a dog than with a human partner

According to a new study by researchers at Canisius College in Buffalo, New York, women actually get better sleep laying beside their dogs than they do when they sleep next to their human partners.

The purpose of the research, which was focused on interviews with 962 women living in the United States, was to investigate whether having a dog in the bedroom or in the bed disrupts sleep.

The study revealed that dogs were less likely to disturb their owners in the middle of the night compared to cats and humans. The experts also determined that both cats and humans were equally disruptive to sleep among the women, and were unable to provide them with the sense of security and comfort they felt with dogs.

Compared to cat owners and women with no pets, dog owners also reported earlier sleep and wake times. “Dog ownership and its associated responsibilities may cause individuals to adhere to a stricter routine,” wrote the researchers. “Keeping to a consistent sleep schedule may be beneficial to dog owners.”

Research that was published in 2017 found that it is not only women who sleep better with dogs. In a study that was funded by small project grant from the Mayo Clinic in Arizona, researchers discovered that people who slept with a dog in their bedroom got more sleep than people without a dog resting nearby.