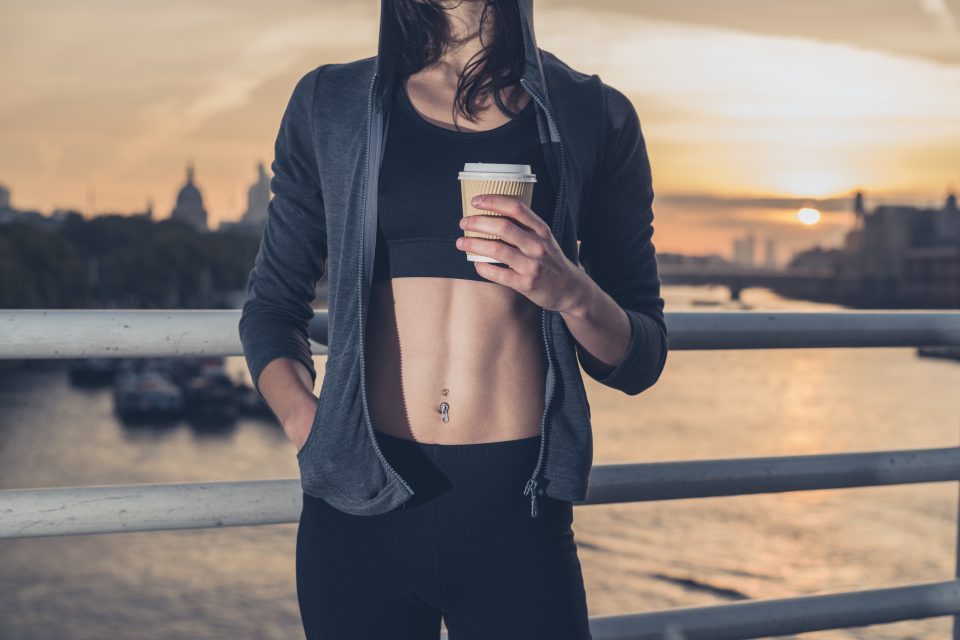 Drinking coffee may help you maintain a healthy weight, according to a new study from Anglia Ruskin University. The researchers found that women who consume two or more cups of coffee a day have significantly lower body fat than those who do not drink coffee.

The study was focused on data from the National Health and Nutrition Examination Survey by the Center for Disease Control (CDC). The experts zeroed in on the relationship between the amount of coffee drank per day, total body fat percentage, and abdominal fat.

Women between the ages 20 and 44 who drank two or three cups of coffee per day had the lowest levels of abdominal fat, which was 3.4 percent lower than people who did not consume coffee.

Women between the ages of 45 and 69 who drank four or more cups of coffee each day had 4.1 percent less abdominal fat.

The average total body fat percentage was 2.8 percent lower among women of all ages who drank two or more cups of coffee per day.

The benefits were found to be consistent regardless of the type of coffee consumed or the health status of the women.

In addition, males between the ages of 20 and 44 who drank two or more cups of coffee per day had 1.3 percent less total fat and 1.8 percent less abdominal fat.

“Our research suggests that there may be bioactive compounds in coffee other than caffeine that regulate weight and which could potentially be used as anti-obesity compounds,” said study senior author Dr. Lee Smith.

“It could be that coffee, or its effective ingredients, could be integrated into a healthy diet strategy to reduce the burden of chronic conditions related to the obesity epidemic.”

“It is important to interpret the findings of this study in light of its limitations – the study was at a specific point in time so trends cannot be established. However, we don’t believe that someone’s weight is likely to influence their coffee consumption.”

The study is published in the Journal of Nutrition.