Only one-third of the world’s longest rivers are free-flowing • Earth.com 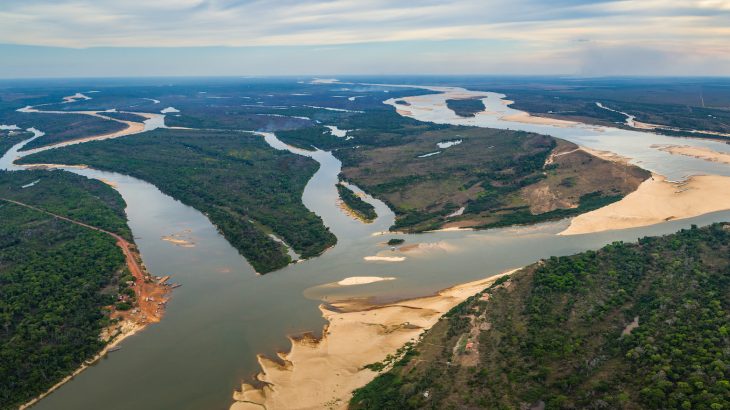 According to a new study from the World Wildlife Fund (WWF), just 37 percent of the world’s 242 longest rivers remain free-flowing. The enormous benefits that healthy rivers provide are drastically reduced by dams and reservoirs.

An international team of researchers assessed the connectivity status of nearly 7.5 million miles of rivers worldwide. The study is providing the first-ever global assessment of the planet’s remaining free-flowing rivers.

The investigation revealed that only 21 of the 91 longest rivers which originally flowed into the sea still retain a direct connection to the ocean. The remaining free-flowing rivers are primarily limited to remote regions of the Arctic, the Amazon Basin, and the Congo Basin.

“The world’s rivers form an intricate network with vital links to land, groundwater, and the atmosphere,” said study lead author Günther Grill of McGill University. “Free-flowing rivers are important for humans and the environment alike, yet economic development around the world is making them increasingly rare. Using satellite imagery and other data, our study examines the extent of these rivers in more detail than ever before.”

According to the researchers, there are around 60,000 large dams worldwide and more than 3,700 hydropower dams are currently planned or under construction.

“Rivers are the lifeblood of our planet,” said Michele Thieme, who is a lead freshwater scientist at WWF. “They provide diverse benefits that are often overlooked and undervalued. This first-ever map of the world’s remaining free-flowing rivers will help decision makers prioritize and protect the full value rivers give to people and nature.”

Healthy rivers help to provide food security for hundreds of millions of people. They also deliver sediment that keeps deltas above rising seas, mitigate the impact of extreme floods and droughts, and support a wealth of biodiversity. These critical services are diminished or even eliminated by disrupting the connectivity of rivers.

A recent analysis showed that freshwater species have declined by an average of 83 percent since 1970. To save the biodiversity of freshwater ecosystems, it is crucial to protect the remaining free-flowing rivers.