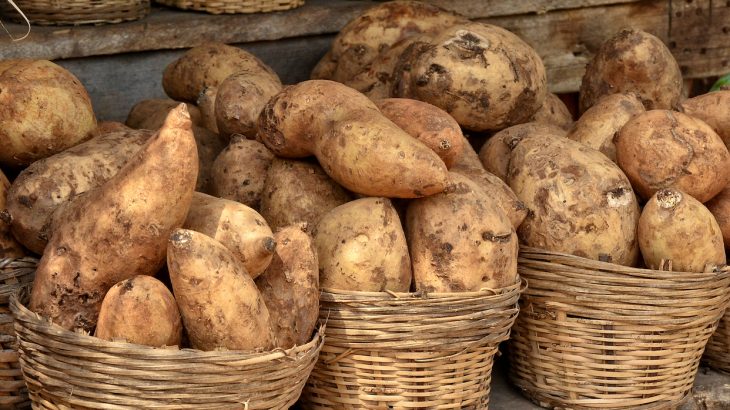 A new study from the American Association for the Advancement of Science has found that yams in West Africa originally descended from a forest species. The findings contradict the theory that domestication of sub-Saharan African plants mostly occurred in tropical savannahs.

The results of the study also shed new light on the domestication history of West African crops, pinpointing the region surrounding the Niger River as playing a more important role than what was previously realized.

One of the best-known cradles of domestication in the world is the Fertile Crescent in the Middle East. This is where wheat, barley, oat, lentil, and other crops first appeared in archaeological records.

Primarily due to the fact that archaeological studies are fragmented in sub-Saharan Africa, the history of crop domestication here is not as well understood.

Some studies of domestication in Africa pinpointed a large area from Senegal to Somalia. More recent studies, however, have identified a much more limited domestication origin near the Niger River Basin.

For the current investigation, a research team led by Nora Scarcelli set out to determine whether areas near the Niger Basin could be considered major hotspots of domestication. The study was focused on the domestication of the yam, a major staple crop that originated in Africa.

The researchers used genome re-sequencing to analyze 167 wild and domesticated yam species from the country.

Ultimately, the experts discovered that cultivated yam was domesticated from a forest species, D. praehensilis, starting in the Niger River basin. The domestication process involved adaptations to the open field environment and human selection that increased tuber size and starch content in the cultivated yam.

The research indicates that the contribution of the Niger River region to African agriculture is comparable to that of the Fertile Crescent in the Near East.