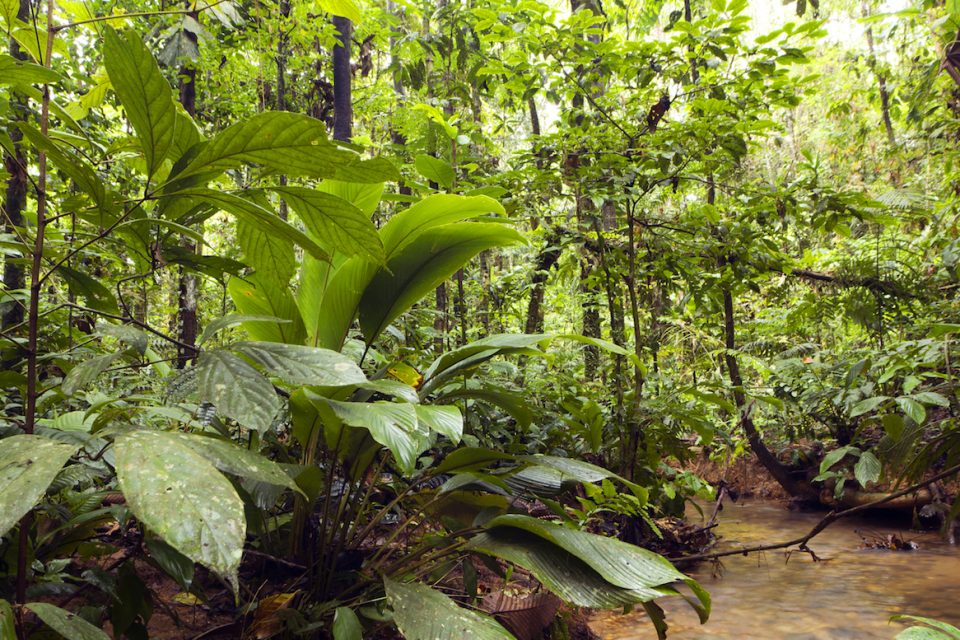 The last part of Yasuní, home to uncontacted tribes, now open for drilling

Yasuní National Park in Ecuador is part of a legendary region of the Amazon. It is home to some of the reputedly fiercest indigenous people in the far western Amazon rainforest, the Huaoroni. First contact with these people ended typically in violent death to the outsider, sending a clear message for a desire of solitude.

Missionaries that arrived in an airplane in the 1950s are a typical example. Soon after arrival, the missionaries were speared to death. Unfortunately, this was just the beginning of hardship for the Huaoroni living in the area.

Over time, missionaries brought crippling European disease and slandered the indigenous culture, introducing clothes and customs not well adapted to the local environment. Some Huaoroni even suffered from polio.

The creeping cultural influence of missionaries led to the end of cycles of violent revenge killings among the Huaoroni but it also allowed them to be taken advantage of by scrupulous outsiders. Without the imminent threat of death by the hands of the Huaoroni, Yasuní has slowly become more and more visited by outsiders.

I visited the National Park myself as part of a tropical field biology course, passing by Huaoroni men with fishing spears boarding a bus and traveling down river past a huddle of huts that makes up a Huaoroni village. What most visitors view of Yasuní is a very small piece of a much larger park. But all of Yasuní represents the remaining territory that the Huaoroni must now share with tourists and other outsiders, and is still only about a third of their previous territory.

From the beginning of contact, the Huaoroni have had a complicated relationship with the outside world, highlighted by differing views of land ownership and a changed cultural identity. Outsiders wanting to cash in on resources found on traditional Huaoroni land or control it complicate that relationship and challenge notions of indigenous territorial sovereignty.

Yasuní was made an Ecuadorian National Park in 1979, becoming Ecuador’s largest mainland national park (the Galapagos are part of Ecuador as well). This marked the government’s official control of the region as opposed to a land traditionally controlled by the Huaoroni. The 982,000 hectare park was declared a UNESCO International Biosphere Reserve in the same year. Bordering Yasuní is a Huaoroni Reserve as well.

Despite the protection afforded a national park and International Biosphere Reserve, Ecuador opened Yasuní to oil drilling in 2016. The Guardian reports that oil extraction began removing 23,000 barrels a day and the government reported little disturbance to the park. Despite the government’s comforting words, environmentalists and the Huaoroni have been less than pleased about drilling in Yasuní.

Initially, Ecuadorian president Rafael Correa offered the chance to leave oil in the ground in Yasuní for a bribe. The president agreed to leave the area alone for a payment of $3.6 billion, after 6 years of waiting for the ransom, Ecuador had received only $200 million before opening the park to drilling. The government has been criticized by environmental groups for the move but defends the action, claiming that modern technology allow for drilling with little negative impact on the environment. These claims have been extremely hard to verify as the government has allowed no independent oversight of drilling in Yasuní at all.

“The government has not allowed any independent monitoring by scientists, journalists, or civil society. The well site is militarised, and aerial flyovers and images are prohibited,” Kevin Koenig, Ecuador program director of Amazon Watch, told Mongabay.

The consequences are likely to be much larger than the Ecuadorian government has been willing to acknowledge. Roads will leave an ecological impact for long periods of time, and the potential for water pollution could be catastrophic. The project also opens the doors to hundreds of workers that could come into violent conflict with the Huaoroni. Critics claim that oil field workers often return to areas now with already made roads as hunters, beginning the colonization of the area. Some claim that much of this potential destruction could have been prevented by flying to each oil well site by helicopter instead of building roads.

Since the initial foray into Yasuní, the threat from oil exploitation has only grown. Mongabay reported in 2014 that oil company Petroamazonas had initially made an agreement with the Ecuadorian government to not make a road into a remote part of Yasuní called Block 31. Unfortunately, satellite photos confirmed that the company ignored the government agreement, building roads anyway.

Despite not honoring the agreement, Petroamazonas has been granted more drilling rights in Yasuní. The government refusing independent oversight and overlooking rule breaking in one of Ecuador’s most remote and biodiverse regions is disturbing, especially so when indigenous people are concerned. Despite a history of drilling in Yasuní that already deeply concerns indigenous advocates and environmentalists, Ecuador is going even further in allowing drilling.

Now, block 43, the last block in the most contentious areas for drilling within Yasuní has been opened to drilling, heralding drilling in the last part of the park Mongabay reports. Energy minister, Carlos Perez delayed the decision to open the area to drilling last year when environmentalists and Indigenous leaders occupied his office in protest. But in the end, drilling in the contentious area, home to uncontacted Huaoroni that have been in voluntary isolation, was approved with a small reduction of the oil extraction area.

If history is any sort of guide, oil extraction in the region will continue unabated until it’s all gone and the indigenous population are left sharing poisoned water with what’s left of the wildlife. Yasuní is still a paradise for the most, part but greed and short sightedness can destroy the irreplaceable very quickly.