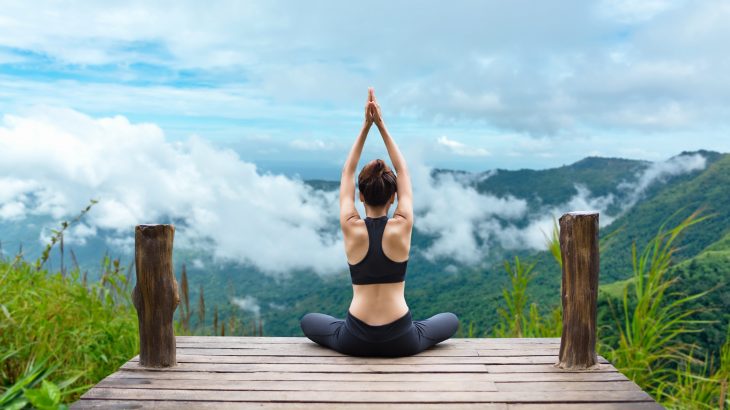 Yoga can help people overcome the constant worrying and stress that comes along with generalized anxiety disorder, according to a new study from NYU Grossman School of Medicine. The researchers found that yoga was more effective in relieving symptoms of generalized anxiety than standard education on stress management.

Study lead study Dr. Naomi M. Simon is a professor in the Department of Psychiatry at NYU Langone Health.

“Generalized anxiety disorder is a very common condition, yet many are not willing or able to access evidence-based treatments,” said Dr. Simon.

“Our findings demonstrate that yoga, which is safe and widely available, can improve symptoms for some people with this disorder and could be a valuable tool in an overall treatment plan.”

The study was focused on 226 men and women with generalized anxiety disorder. The participants were randomly assigned for training in either cognitive behavioral therapy (CBT), Kundalini yoga, or stress-management education.

After three months, yoga and CBT proved to be much more effective for anxiety than stress management. In particular, 54 percent of individuals who practiced yoga had fewer anxiety symptoms compared to just 33 percent in the stress-education group.

On the other hand, after six months of follow-ups, CBT appeared to have the longest lasting effects. This type of treatment involves psychoeducation, muscle relaxation, and cognitive interventions that are focused on identifying and adapting maladaptive thoughts.

According to researchers, generalized anxiety disorder is a common, impairing, and undertreated condition that currently affects an estimated 6.8 million people in the United States. The disorder is characterized by worrying that becomes excessive and interferes with daily life.

“Many people already seek complementary and alternative interventions, including yoga, to treat anxiety,” said Dr. Simon. “This study suggests that at least short-term there is significant value for people with generalized anxiety disorder to give yoga a try to see if it works for them. Yoga is well-tolerated, easily accessible, and has a number of health benefits.”

Dr. Simon said that future research could investigate which individuals are most likely to benefit from yoga for generalized anxiety disorder.

“We need more options to treat anxiety because different people will respond to different interventions, and having more options can help overcome barriers to care,” said Dr. Simon. “Having a range of effective treatments can increase the likelihood people with anxiety will be willing to engage in evidence-based care.”