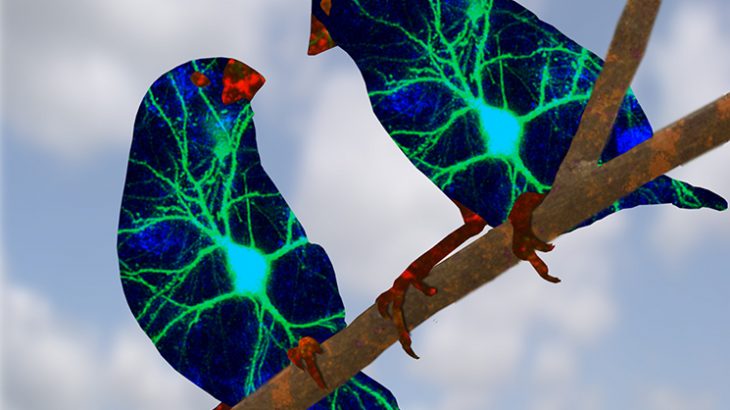 Children learn many behaviors by mimicking adults, yet are very selective about who they imitate. Researchers at Duke University investigated this phenomenon in young male zebra finches, and discovered how the birds select the adults that they choose to copy.

Young finches must learn songs from adults that will ultimately help them to attract a mate. The study revealed that simply being near to a singing adult often activated connections between a social area of the brain and a part of the brain responsible for singing ability among the juveniles. On the other hand, if these connections were not activated, the young bird was unable to mimic the tutor’s song.

“In humans it’s clear that being able to learn species-specific behaviors like speech is really important,” said Professor Richard Mooney. “Birdsong is one of the very few examples in the animal world where a behavior is transmitted from one generation to the next by imitation as opposed to genetic inheritance.”

The fact that birds learn speech in the same way that humans do gives researchers insight into how a young learner memorizes another individual’s actions and then eventually imitates them.

Scientists have known for decades that zebra finches have a sensitive period for song learning. If juveniles do not find a tutor before they are 60 days old, they grow up to sing simpler songs that are much less attractive to females – putting the uneducated birds at a serious disadvantage for mating.

When the researchers prevented two crucial brain regions from communicating, the juvenile finches grew up to sing simple songs regardless of if they had learned from a tutor. Blocking this pathway just after a pupil’s daily session, however, did not affect its ability to copy the older finch’s song.

In another trial, the research team activated a dopamine-releasing brain region while playing adult male zebra finch songs through a speaker and found that the juvenile birds copied the song without a real bird there. Professor Mooney said it is possible that, for the finches experiencing the dopamine-induced feelings, meeting the right teacher serves as its own reward.

Next, Professor Mooney and his team will investigate how other behaviors, such as courting, are influenced by the same brain regions.

“One idea is that this dopamine pathway helps the young songbird recognize and internalize an appropriate example of adult male courtship behavior,” said Professor Mooney. “Then, when the pupil reaches adulthood, that same pathway is recruited to ‘recall’ that behavior, allowing him to effectively woo a nearby female.”