What is Acid Rain? • Earth.com 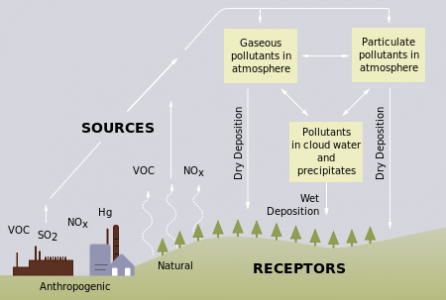 What is Acid Rain?

Acid rain is any form of precipitation that is unusually acidic, meaning that is possesses high levels of hydrogen ions. It can have harmful effects on aquatic animals, plants, and infrastructure. Acid rain is caused by emissions of sulfur dioxide and nitrogen oxide, which react with the water molecules within the atmosphere to produce acids. Nitrogen oxides can be produced naturally by lightening strikes. Sulfur dioxide can be produced naturally by volcanic eruptions. The chemicals that are in acid rain can cause the paint on buildings to peel, corrosion of steel structures such as bridges, and the erosion of stone statues.