Here's How To Catch The Aurora Borealis in Iceland • Earth.com 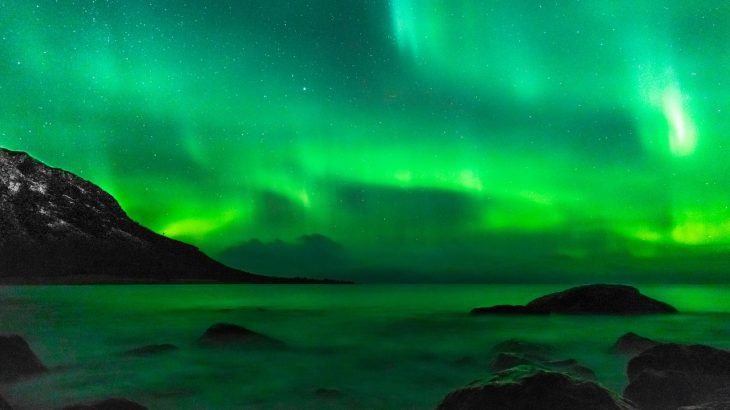 Here’s How To Catch The Aurora Borealis in Iceland

What is Aurora Borealis?

Mystical, strange and beautiful, Aurora Borealis is a real phenomenon of dancing lights in the sky. Also known as the northern lights, Aurora Borealis is caused by electrically charged particles released from the sun. These particles enter the earth’s atmosphere and collide with gases like oxygen and nitrogen. People most often see green lights moving across the northern sky, but auroral displays can include blues, yellows, reds, and violet as well.

Ready to nerd out for a second? When there is a big opening in the sun’s atmosphere, these charged particles escape in the form of solar spots and solar flares. Eventually, they collide with earth, riding through space on a solar wind. The Earth’s magnetic field deflects most of these particles. Here’s where it gets cool: Earth’s magnetic field is weakest at its poles. It is at these weak points that the sun’s charged particles sneak into the atmosphere. They then collide with oxygen and nitrogen to create breathtaking nighttime light shows. And it’s not just the north pole – the same thing happens in the southern hemisphere. This phenomenon is called Aurora Australis. 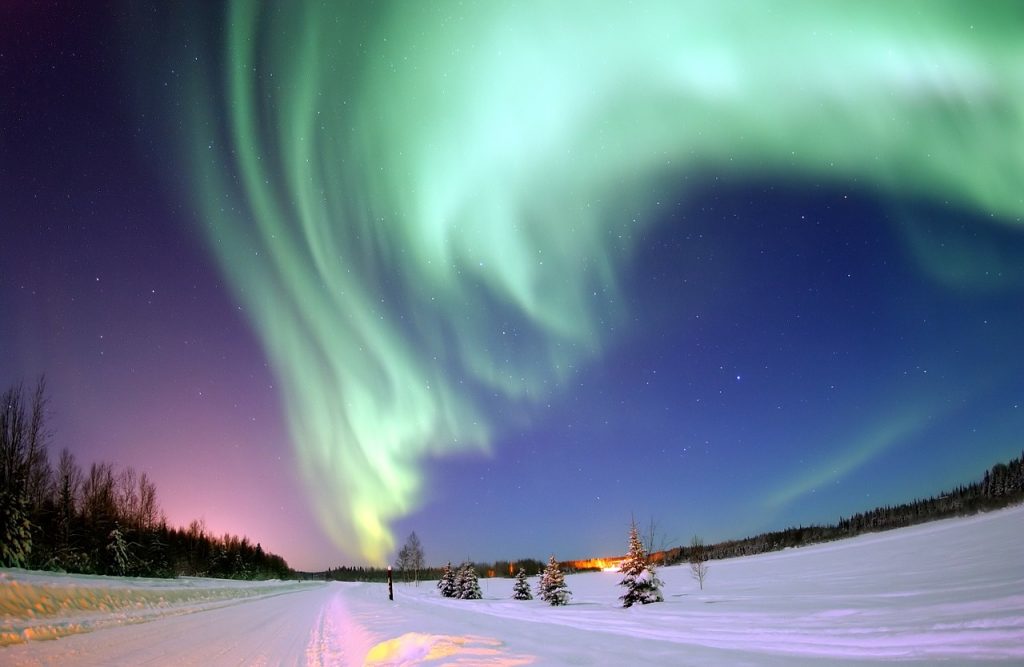 Where Does it Happen?

Catching Aurora Borealis is all about being in the right place at the right time. Generally, you are more likely to see an aurora if you are at a high latitude, which is to say, closer to the north pole. However, it’s not always so simple. Earth’s magnetic poles don’t always match up with its geographic poles. There are tools online that can be really helpful for calculating your magnetic latitude, giving you a better understanding of where you are in relation to the northern lights.

While there are predictions of the Aurora Borealis reaching as far south as Wisconsin this weekend, the auroral-zone usually extends over a 2,500km radius around the magnetic north pole. This includes northern Scandinavia, Greenland, Canada, Alaska, and Iceland.

How to Catch the Lights

The Aurora is a sporadic activity. This means it can happen randomly for short periods, or not at all. Active periods are usually around 30 minutes long, occurring every couple of hours. In parts of Norway, like the coasts of Tromso and Finnmark, the Northern Lights can be easily spotted on clear nights between the months of October and April. Aurora Borealis occurs all year round, but sunlight through the summer nights in the north makes it difficult to detect.

Entire industries have popped up around Aurora Borealis, for good reason. Scandinavia is particularly popular for this sort of tourism. Many travelers are already excited to travel to Iceland for the incredible natural beauty and quirky arts scene. While there, people often try to catch the flickers and twists of these glowing skies as well. The best tip for catching the northern lights in Iceland? Patience. The climate on the island is considerably less predictable than other northern areas, and storms frequently shut down roads and cover the skies. You’ll have to wait for the clouds to cooperate, but it will be worth it.

And if you’d like to shirk the tourism industry, it isn’t hard. You can use different tools to keep tabs on short-term Aurora forecasts, aiming for areas outside of these northern cities and preferably during a new moon. Remember to dress warmly!

Mythology Behind the Northern Lights

The science behind Aurora Borealis is fascinating, but people have been observing this natural event far longer than scientists have been able to define “solar flares.” So what did ancient humans think of these dancing lights in the sky?

The name Aurora Borealis is Greek, derived from the Greek works “aurora” (sunrise) and “boreas” which means wind. It would have taken incredible strong solar activity for these lights to reach all the way to Mediterranean, but they are present in Greek mythology, as Aurora was thought to be the sister of Helios and Seline – the sun and moon.

Scandinavian folklore associates the northern lights with childbirth and fertility. In Iceland, it was believed that the northern lights would relieve the pain of childbirth, as long as the mother did not look up at them – if she did, according to legend, her child would be born cross-eyed. Around Finland, people told stories of a firefox, running so fast across the snow that sparks came off of its tail. Norse mythology links the lights to the Valkyrie, fierce female warriors, who guided those fallen in battle to the afterlife, also known as Valhallah.

Have you been lucky enough to see the northern lights? Any tips for how to catch them?