How Deep Is the Ocean? • Earthpedia • Earth.com 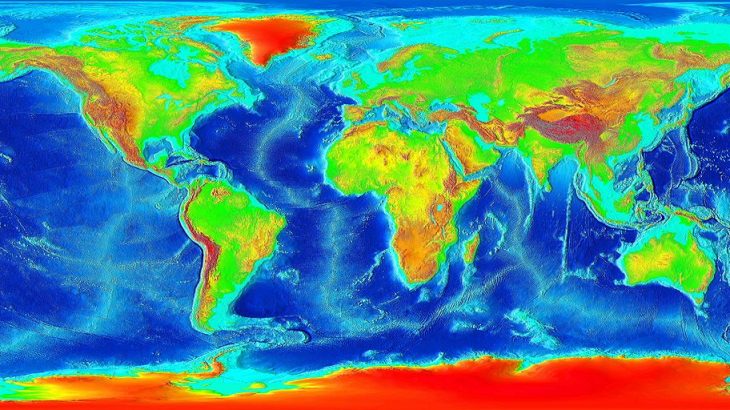 How Deep Is the Ocean?

We divide the ocean into different zones based on depth. The entire column of the ocean is called the Pelagic Zone. Scientists describe these zones by the level of light that reaches them. Sunlight quickly drops off below the surface. Since ancient times, it was believed the lack of light meant a lack of life. Study on these zones in the last two centuries have shown this to be false.

These extreme depths exist in trenches formed by the collision of the Earth’s tectonic plates. This is the same geologic process responsible for the tallest mountains. The mountain ranges below the surface are as big as the Himalayas. The trenches are even deeper.

We usually can’t feel the gradual movement of these plates. However, pressure builds along these fault lines. Eventually, this pressure is released as powerful earthquakes. Earthquakes at deepsea trenches can cause enormous and destructive tsunamis. They are the most powerful earthquakes in the world. 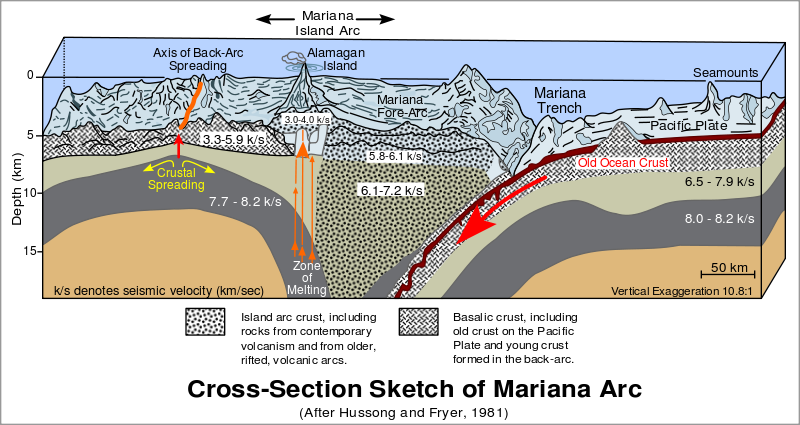 The deepest part of the ocean is located in the Mariana Trench. This gash in the seabed exists in the Western Pacific Ocean. It extends for nearly 2,600 km (1,600 miles).

We do not know if the Challenger Deep is the deepest point in the ocean or even the Mariana Trench. Scientists measure these locations using advanced sonar techniques. Measurements of similar depths have been made in other locations in the Mariana trench.

A study by Washington University and the Woods Hole Oceanographic Institution aims to find points even deeper. This study is using devices called hydrophones and seismometers to map cracks and crevices in the sea floor. These structures are essential to the water cycle. Water is pulled into the Earth’s core, reacting with magma to form rock. Eventually, this water may return to the Earth’s atmosphere through volcanoes. In order to map these channels, this study will measure structures that are as deep as 10 km (6 miles.) 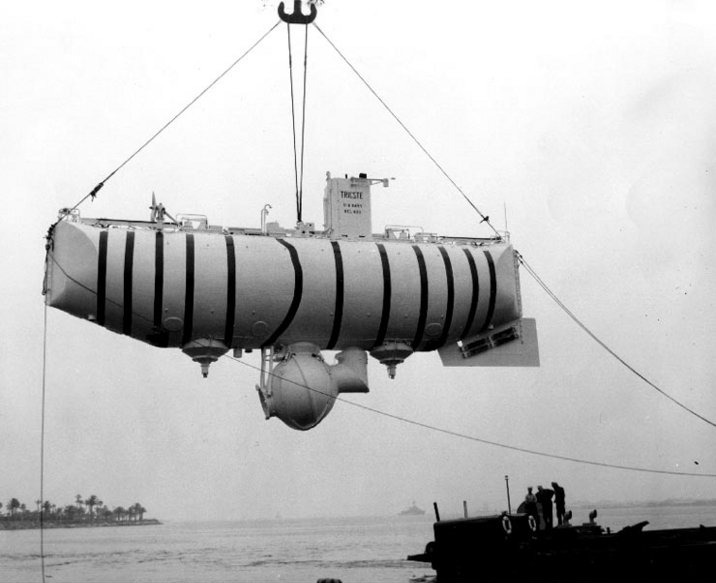 Image of the Bathyscaphe Trieste, the first submersible to reach the Challenger Deep.

The sea floor is an extremely hostile environment. The pressure in the Challenger Deep is equal to 100 elephants standing on your head. This pressure is so high that no proteins function correctly. Scuba divers are officially limited to 100 m (328 ft) below the surface for safety. Herbert Nitsch holds the title of deepest free dive, reaching 253.2 m (831 ft) below the surface. This depth is extremely dangerous to humans and can cause decompression syndrome (also known as the bends.)

Going below the epipelagic zone requires submersible vehicles. Manned submersibles have reached the Challenger Deep only twice. In 1960 Jacques Piccard and Don Walsh completed the first mission. The second mission was in 2012 by Canadian director James Cameron. This was the first solo dive to the Mariana trench. 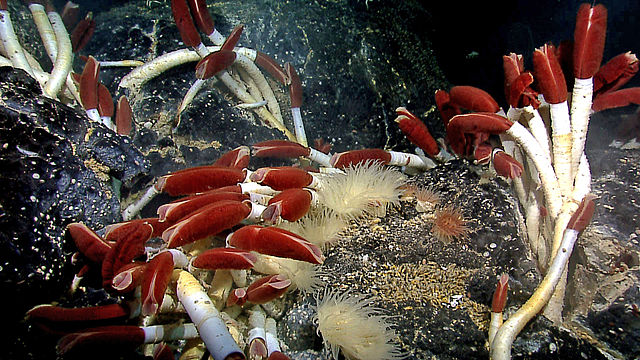 Most exploration at this depth is done by remote probes and autonomous submersibles. The discoveries made by these vessels are amazing. Contrary to long-held belief, life exists throughout the ocean, even at its deepest points.

Because of the lack of light, the deep ocean was believed to be devoid of life. All other known ecosystems rely on plants (and other photosynthesizers) to collect energy from the sun. Many deep-sea organisms indirectly rely on sunlight. Dead plants and animal from the surface float down to these depths.

This was first confirmed in the 1870s by the HMS Challenger. This ship collected animals from the hadal zone. The deepest recorded fish sighting was over 8 km (5 miles) deep. Somehow, life continues to the deepest parts of the ocean floor.

Researchers have found other organisms near hydrothermal vents. These organisms need no energy from the sun. Instead, they get energy from the Earth’s core. They feed on hydrogen sulfide, a compound that is extremely toxic to most life. Bacteria at these vents use a process called chemosynthesis to produce energy. These communities challenge our understanding of life. The existence of these species opens the possibility for life on planets and moons previously thought to be entirely inhospitable.

Pollution Has No Limits

Even at these depths, human activity is apparent. Plastics, glass and metal waste is common on the ocean floor. The effects of these pollutants are unknown. Many of the species at these depths are entirely unknown. As plastic pollution accelerates we risk destroying many species before we have the chance to even know they exist.

Deep-sea mining for oil and minerals poses another huge threat to these ecosystems. These communities may be similar to the conditions in which life first arose and can provide invaluable insight into life itself. Protecting these unique and rare ecosystems is essential.