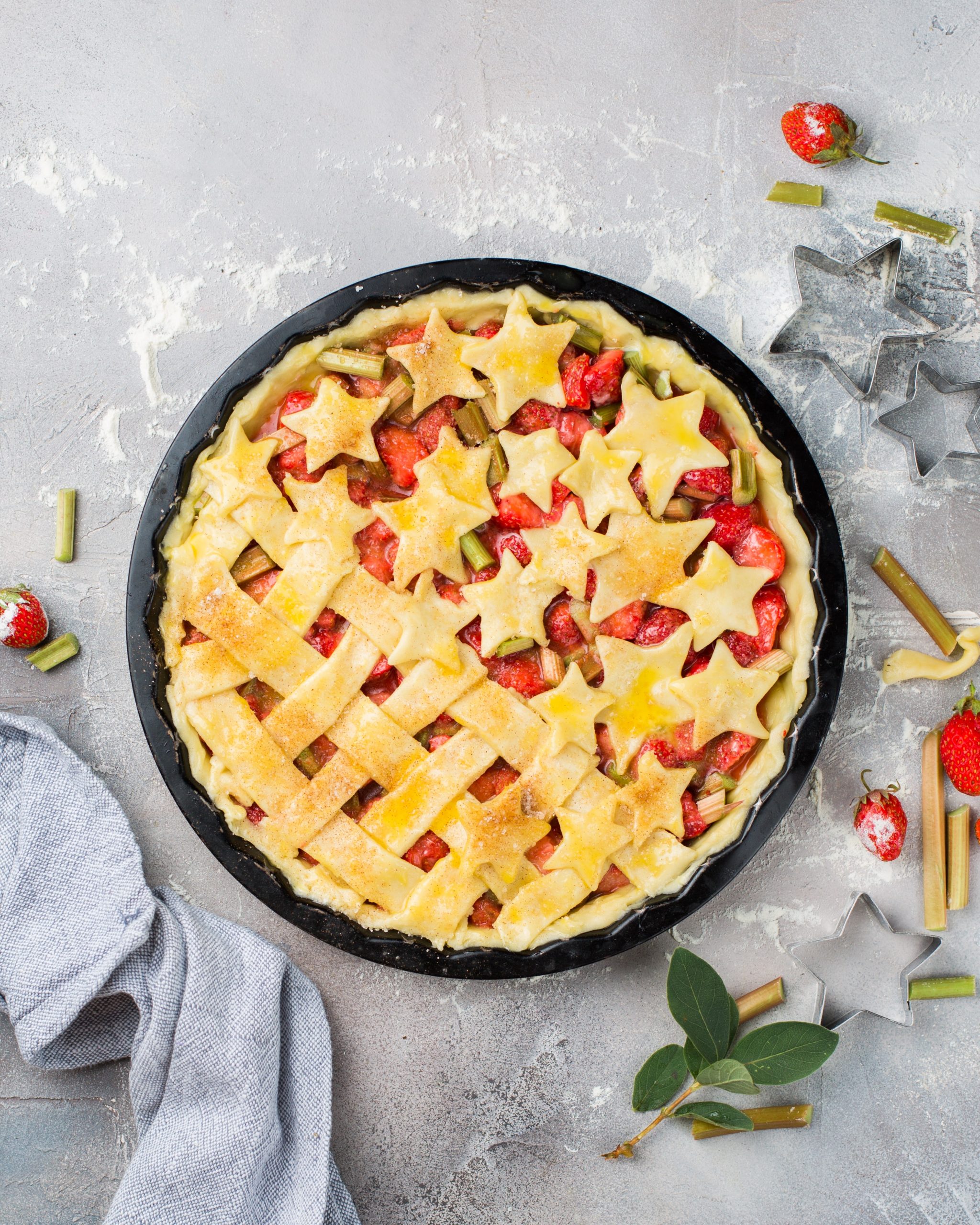 Rhubarb Benefits, Uses, and the Holy Grail of Pie

A traditional summer delicacy for some and a culinary curiosity for others, rhubarb has a reputation for both its tangy flavor and mystique. Although it rarely makes its way to the table, it adds both taste and nutrition when it does. Rhubarb even boasts an array of health benefits! Here we’ll dive into what makes this colorful stalk so special!

With beautiful pink and green stalks and huge heart-shaped leaves, this celery look-alike certainly stands out in the garden. Culinary rhubarb (Rheum rhubarbarum) is in the buckwheat family (Polygonaceae) and shares the genus Rheum with upwards of 50 fascinating species. Another example, Chinese rhubarb (Rheum officinale) has been widely used for its medicinal benefits of improving digestive health.

As a food, rhubarb has only gained popularity in the past few centuries. Though it’s especially popular in sweets, it may surprise you that rhubarb is technically a vegetable! When we eat the roots, stems, or leaves of plants, we are eating vegetables. On the other hand, fruits develop from flowers and carry seeds.

Fun Fact: In the 1940s, the U.S. legally designated rhubarb as a fruit to avoid high tariffs on vegetables.

Rhubarb in the Garden

One huge perk of rhubarb is its growing season. It’s able to survive (and even thrive) wintry conditions, so it makes a great crop for higher latitude gardens. Additionally, it is one of the first crops ready in the spring! So if you’re an impatient gardener, planting this easy-going plant could give you more instant gratification.

Yes and no. But don’t freak out! You may have noticed when looking at recipes or passing the rhubarb in the grocery store, that only the stalks or stems of the plant are used for cooking. Rhubarb stalks are safe to eat (and delicious), while the leaves do more harm than good.

To clarify, the toxicity of rhubarb leaves is due to oxalic acid. But oxalic acid is found in many veggies. In fact, broccoli, spinach, and Brussel sprouts all contain the same chemical. However, the concentration of oxalic acid is much higher in the plant’s leaves. Though the lethal dose of oxalic acid would require eating quite a few leaves, smaller amounts could leave you with a bad stomach ache.

Fun Fact: It’s a myth that rhubarb increases in toxicity over the summer. It is recommended to harvest in the late spring and early summer, but only because the stalks tend to become woodier & more difficult to eat as the season progresses. 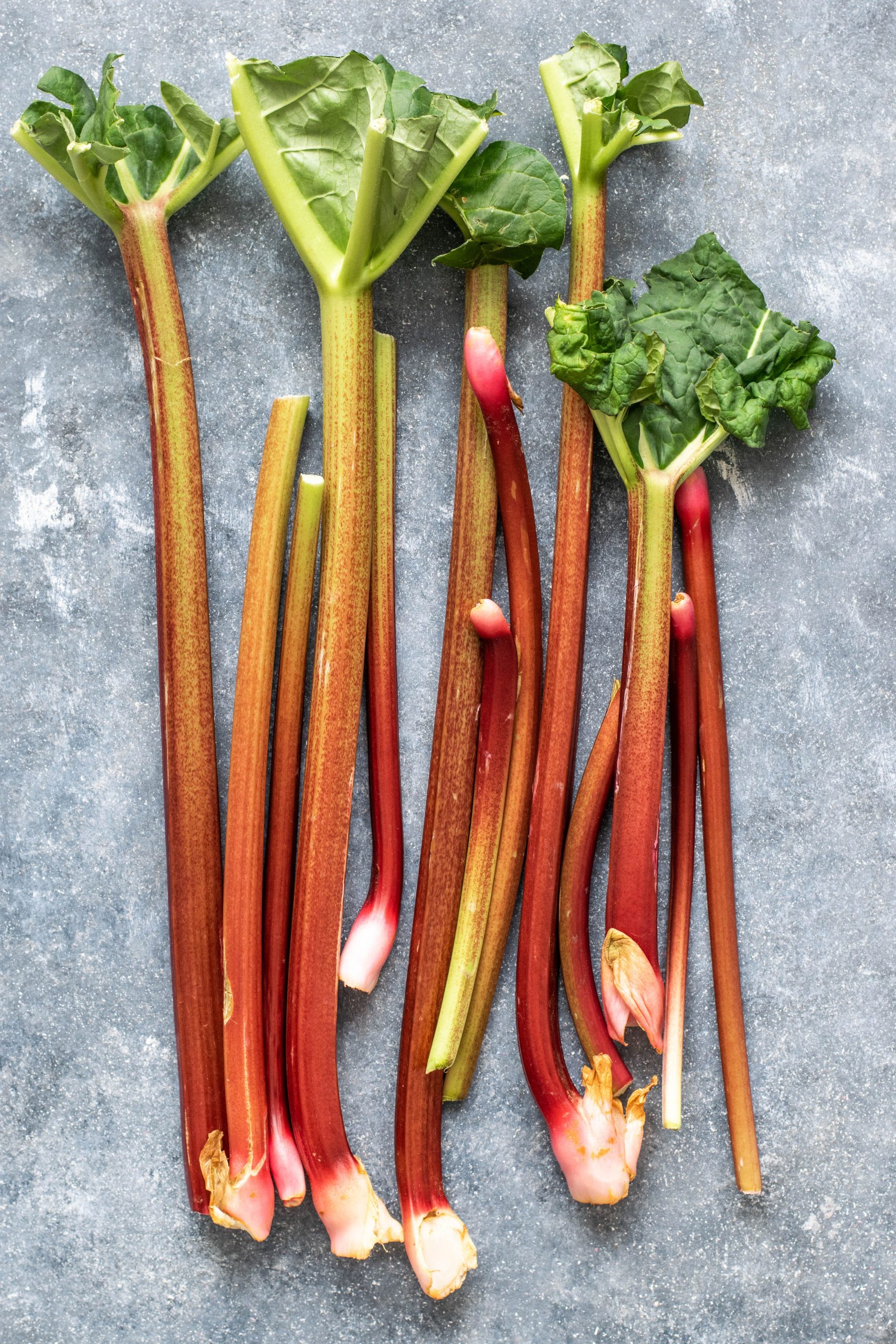 Image by Monika Grabkowska on Unsplash

Fiber, fiber, fiber. It’s so important for our digestive health and maintaining healthy cholesterol. Eating rhubarb even helps lower cholesterol. With a whopping 2 grams of fiber per cup of rhubarb, let’s dig in!

Rhubarb packs a double punch with both vitamin K and calcium. Vitamin K is necessary for healthy blood clotting along with general bone and heart health! Additionally, calcium supports healthy teeth and bones.

Vitamin K gets another mention! Important for limiting neuron damage to the brain, vitamin K is linked to preventing Alzheimer’s, strokes, and ALS. And you can get one-third of your daily portion of vitamin K in just a half a cup of rhubarb!

The same chemicals that give the rhubarb stalks such beautiful colors also reduce the risk of cancer. Called anthocyanins, these compounds are antioxidants and support cancer-preventative cell signaling and absorb free radicals. 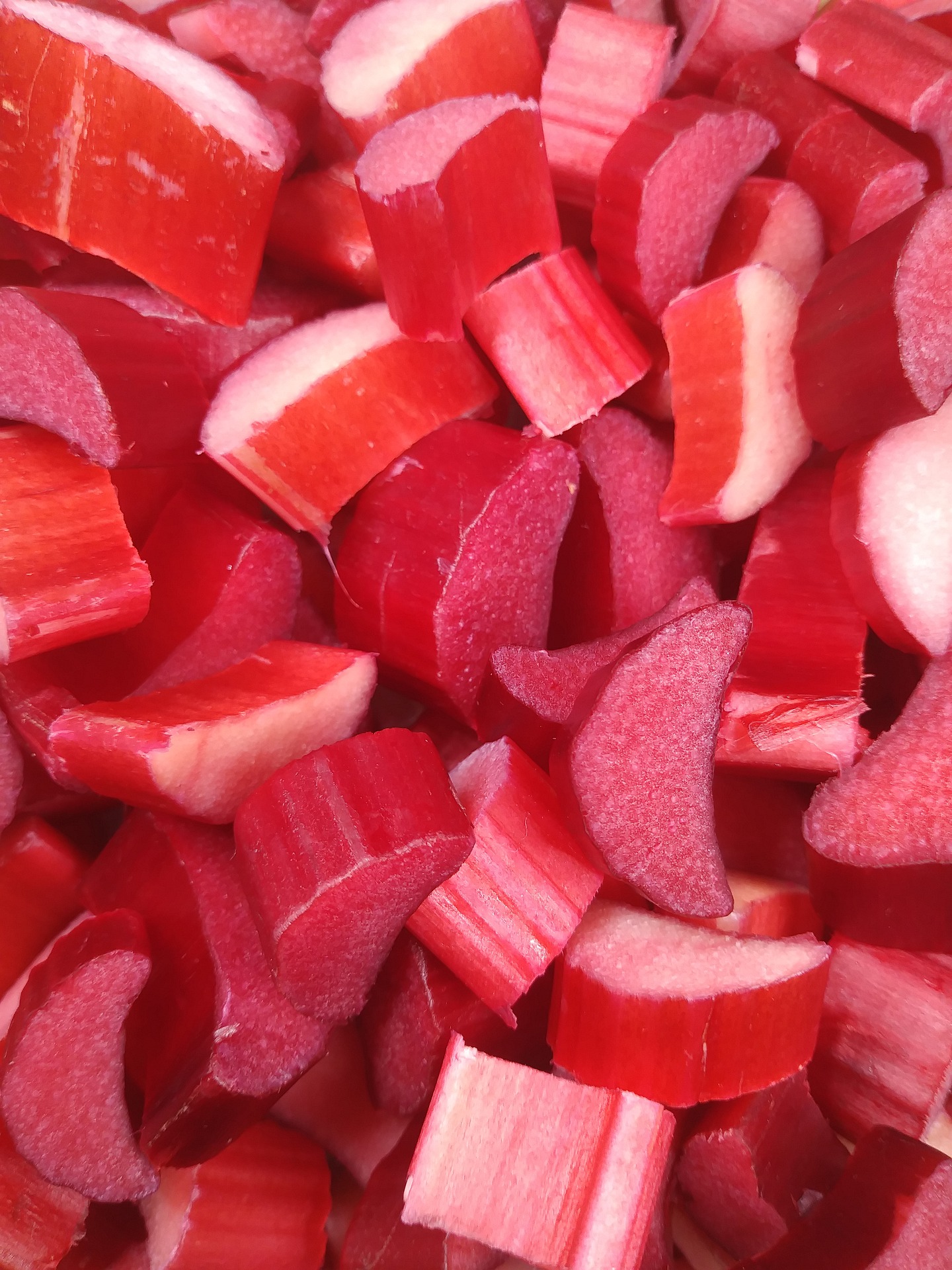 Image by emorycontact from Pixabay

Rhubarb in the Kitchen

Rhubarb’s incredible tart flavor comes from malic acid. Though this chemical packs a sour punch, it’s not the culprit of the infamous poison. Many dessert recipes will incorporate plenty of sugar to cut the intensity of rhubarb.

But overdosing on sugar isn’t necessary to enjoy the vegetable. In fact, rhubarb can be made into pickles, salsas, and salads! Try thinking of a recipe that benefits from a tart addition (lemon or lime), and try substituting rhubarb to add some summery zest to your meal.

We know why we really came here. Delicious flakey crusts, the perfect balance of sweet and tart, and the overwhelming taste of summertime. You can pair it with other fruit or let it fly solo. To put it simply, rhubarb makes a great pie.

We’ve put together some tips on making a great rhubarb pie:

Both delicious and nutritious, adding rhubarb to your summertime traditions is a great way to spice up your cooking and gain some notable health benefits.