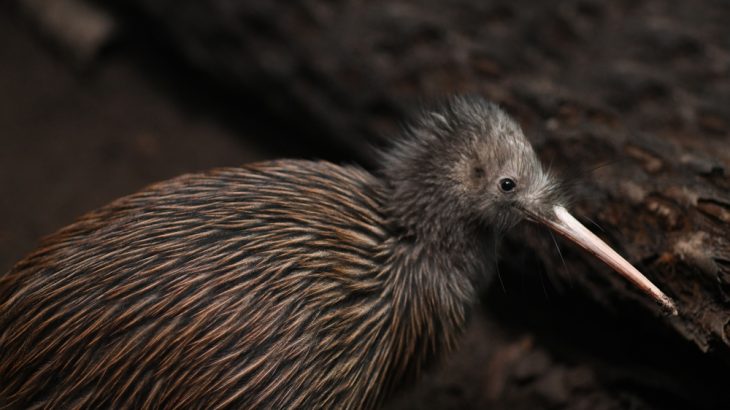 Save the Baby Kiwi Birds! New Zealand Fights to Bring an Icon Back from Extinction

Kiwi birds are a national treasure of New Zealand – enough to give the New Zealanders the nickname of “Kiwis.” These fluffy chicks are endemic, meaning they can only be found on the New Zealand island chain. Though they’ve become an emblem of conservation around the world, their roots are buried deep in the indigenous culture of New Zealand. In fact, the name ‘kiwi’ derives from the Maori people who named them after the distinct sound they make (kee wee wee).  While these birds are a charismatic symbol of the country, they nearly became extinct. But the kiwi people have rallied behind their namesake critter and brought the baby kiwi birds back from the brink of extinction.

All About Kiwi Birds

At first glance, they look a bit more like Dr. Seuss’s truffula trees or a hairy pear than a bird. But upon closer inspection, you can make out fuzzy feathers and a long beak that prove they’re part of class Aves. Just like its closest cousins ostriches, emus, and cassowaries, the kiwi is flightless. Its chunky body, small wings, and fur-like feathers confine the kiwi to the ground. In fact, biologists believe that because very few mammals naturally live on New Zealand, birds like the kiwi evolved to fill the mammalian niche. To put it simply, kiwis are essentially “honorary mammals.” 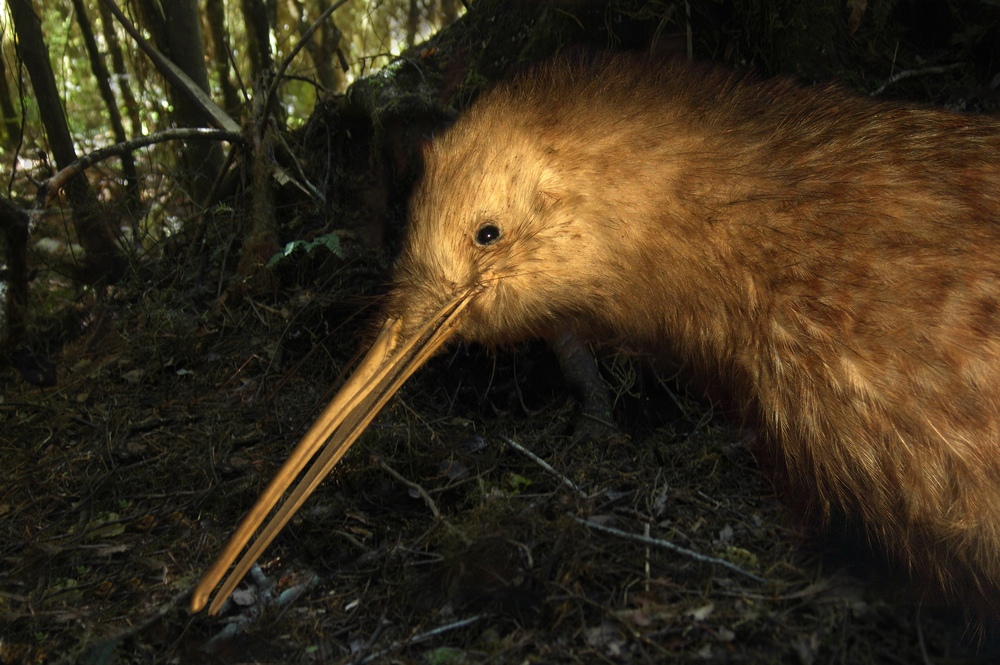 Given their fascinating evolution, kiwi birds have an equally interesting life history. Without the ability to fly, kiwi birds have developed powerful legs and feet, allowing them to run fast and dig their nest burrows. While they don’t have very good eyesight, their other senses are essentially superpowers. Their sense of smell is especially distinct – they are the only bird with nostrils at the tip of their beak.

The Five Types of Kiwi Birds

There are five species of kiwi bird – each cuter and more bizarre than the last! Based on genetic research, there are two species of spotted kiwi and three species of brown kiwi.

Also called the roroa, the great spotted kiwi (A. haasti) are the mountaineers of the group! There are three established populations in New Zealand in the northwestern South Island and near Arthur’s Pass. They generally live in forested areas and subalpine habitats, where they burrow in downed logs, underneath tree roots, and nestled in dense vegetation.

The tiniest of the baby kiwi birds, the little spotted kiwi (Apteryx owenii) can only be found in the wild on a few offshore islands where there are fewer predators. Their preferred habitat is generally shrubby, scrubby grassland.

Both the most common and the largest of the kiwi birds, Apteryx mantelli can be found in four distinct regions of the North Island.

The rowi (Apteryx rowi) can only be found at Okarito, on the west side of the South Island. Its other common name is the Okarito Brown kiwi. 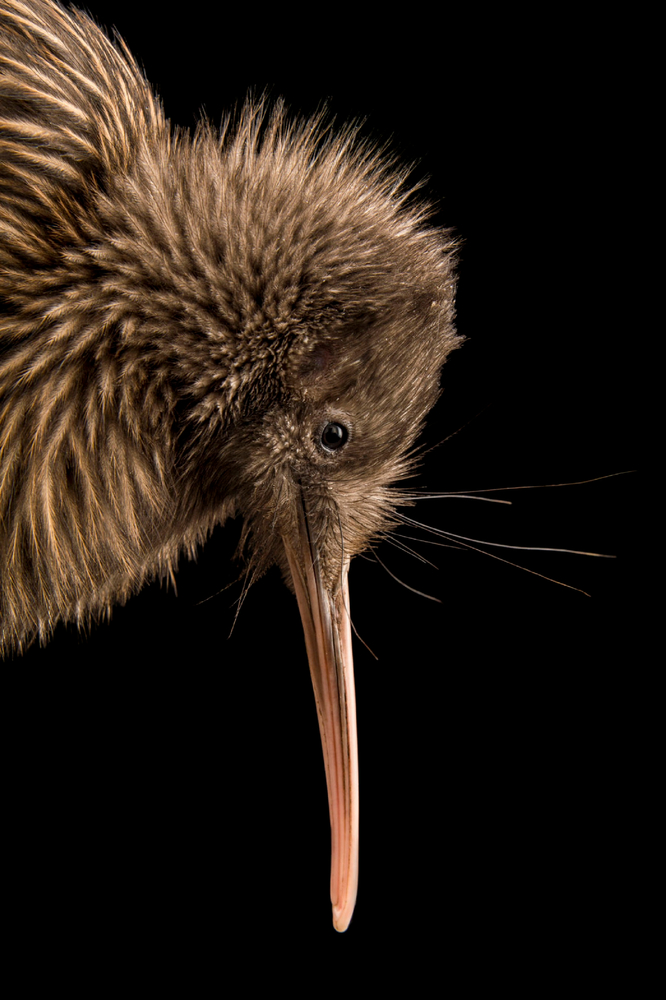 Another member of the brown kiwi group, the tokoeka kiwi (Apteryx australis) lives in forested areas and grasslands. In disturbed habitats, they have even been known to make their burrows in farmland or ditches. 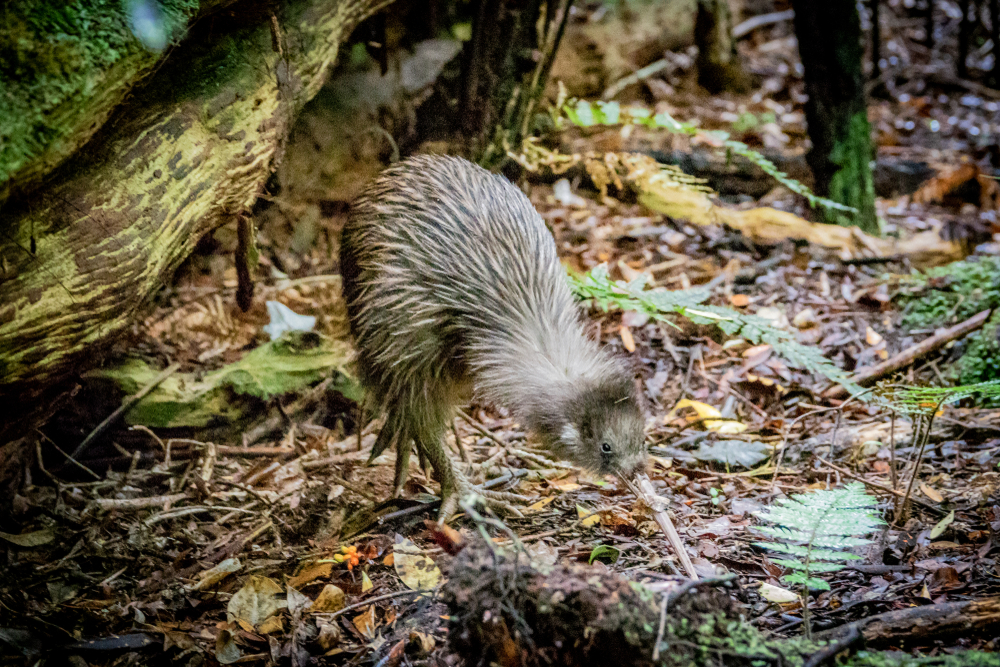 Save the Kiwi Birds!

Unfortunately, kiwi birds have faced more than their fair share of challenges. Though humans have played a huge role in their population decline, New Zealanders are putting in the work to save them.

Kiwi birds didn’t start out as an especially resilient species. For starters, they evolved with few natural predators, meaning they aren’t particularly adept at avoiding danger. Secondly, they are a K-selected species and only lay one egg at a time, so they have a naturally slow population growth rate.

But the kiwi bird’s biology isn’t what caused them to nearly become extinct. Until the early 1900s, humans hunted the kiwi for their decorative feathers and bones. In addition to hunting, human development destroyed 80% of the kiwi habitat. Regulations at the turn of the 20th century protected the kiwi. However, humans had already introduced predatory mammals that were the nail in the kiwi’s coffin. They were easy pickings for the dogs, cats, weasels, and ferrets that now run rampant across the islands.

As a result, kiwis populations declined by 90% in the last 100 years. 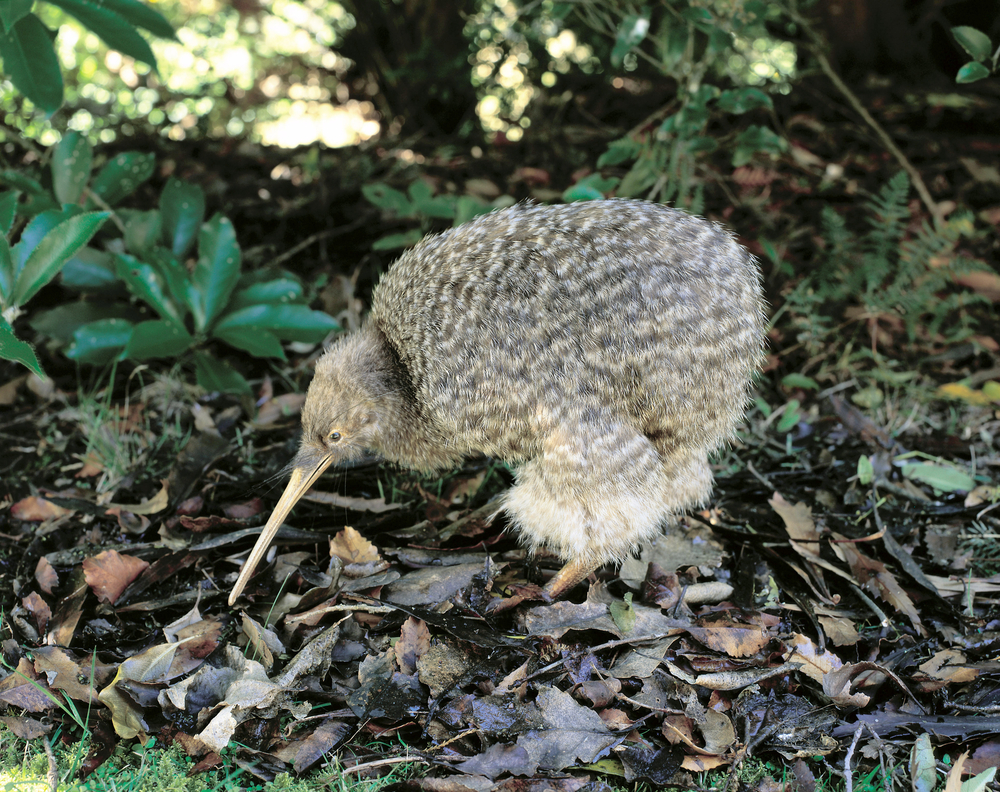 Kiwis Fight for the Kiwis

New Zealanders are resolute that kiwis will not go extinct. Coalitions between the indigenous Maori, the Department of Conservation, and environmental nonprofits have rallied together to save the baby kiwi birds. The largest efforts focus on the following areas:

Though these organized conservation efforts are only a few years old, the New Zealanders have hit the ground running. Already, they are seeing success in the breeding and captivity programs. With continued dedication and support, all five species of the kiwi bird will have increasing populations in no time!

Saving the baby kiwi birds benefits more than just the feathery fuzzballs. Kiwi birds are indicator species for other critters that share their habitats. If the kiwi populations are doing well, then the ecosystem as a whole must be pretty healthy. As the people of New Zealand restore ecological balance to their forests, they also regain their national symbol.