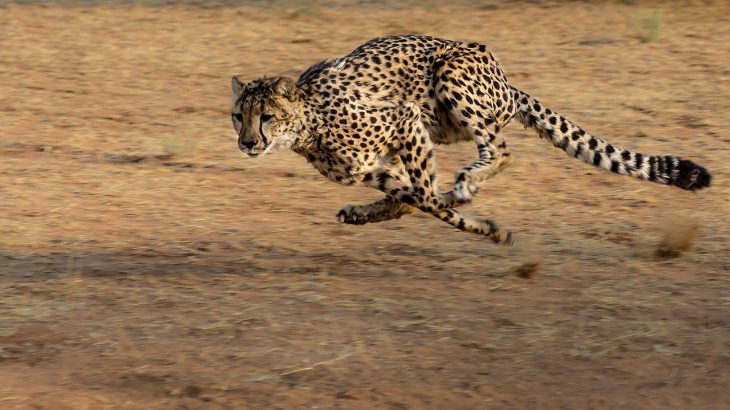 The variety of noises that the animal kingdom produces is astonishing. Some of these sounds are so closely tied to the animal that makes them that they share the same name.

Think about the rattle of a cobra, the roar of a lion, or the bark of a dog. While these noises are among the most distinct, what about the less obvious ones? What are the strangest animal sounds? Before we dive into specific noises, let’s understand why animals vocalize.

While the sound and volume of different animal noises vary greatly, they all have one thing in common: communication. Whatever the noise is, the animal that makes it vocalizes for a specific reason. What are those reasons?

The cheetah (Acinonyx jubatus) is one of 41 species present in family Felidae. It lives mostly in southern Africa but has many of the same tendencies as a domesticated house cat (Felis catus). Their young roughhouse and cheetahs even purr. One of the biggest differences is in their very distinct noise: a chirp. The noise the emanates from the cheetah sounds like the call that comes from a distressed chickling, definitely one of the strangest animal sounds. Cheetahs will typically issue this call during distress or to locate their young, but have been observed making the call in all sorts of scenarios.

What sound does a giraffe (Cervus camelopardalis) make? Until recently, research suggested that the answer was either no sound or one that was inaudible to humans. Evidence published in BMC Research Notes suggests that giraffes ‘hum’ at night to communicate with each other. These humming noises are extremely low frequency – about 92 Hz – and are barely audible to humans. The researchers concluded, “These results show that giraffes do produce vocalizations, which, based on their acoustic structure, might have the potential to function as communicative signals to convey information about the physical and motivational attributes of the caller.”

The desert rain frog (Breviceps macrops) is a solitary frog that lives exclusively on the western coast of South Africa and Namibia. When provoked, the frog makes one of the strangest animal sounds: an angry squeaking sound that sounds almost exactly like a squeaky toy. B.macrops has an extremely small habitat – only about 2,000 square kilometers – that is greatly threatened by habitat loss.

Snapping shrimp (also known as pistol shrimp) are all part of the family Alpheidae, within which there are about 1,000 species. One thing that many of these species have in common is the presence of a large front claw that can grow to be almost half the size of its body. The shrimp can use this claw not to grab its prey, but to kill them with the noise it makes. Snapping shrimp are capable of snapping their claw shut so quickly and vigorously that it generates a shock wave as it moves away from the animal. The sound of the snap has been measured at over 200 dB, louder than a 12-gauge shotgun (165 dB) or a jet engine (140 dB).

Dogs aren’t the only animals that bark! Piranhas are all part of the family Serrasalmidae, and there are over 30 recognized species. When angered – or when feeling aggressive – piranhas will let out a low, recognizable bark. This typically serves as a warning to other fish in the area that the piranha is hunting or claiming territory. While the piranhas do vocalize, they don’t exactly have the largest vocabulary. Researchers say they are able to link ‘three distinct sounds to three aggressive piranha behaviors.’

Whether animals bark, squeak, purr, or trumpet, it is irrefutable that the natural world has produced a mosaic of noises. But just like the desert rain frog, many of the species and families on this list are at risk of habitat loss, and at worse, extinction. Consider supporting organizations today that help to protect these interesting noises!