What Is Plant Blindness? How Is it Related to Climate Change? • Earth.com 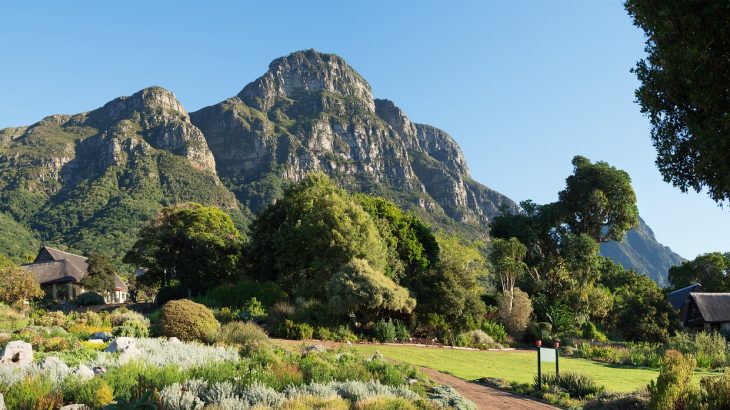 What Is Plant Blindness? How Is it Related to Climate Change? 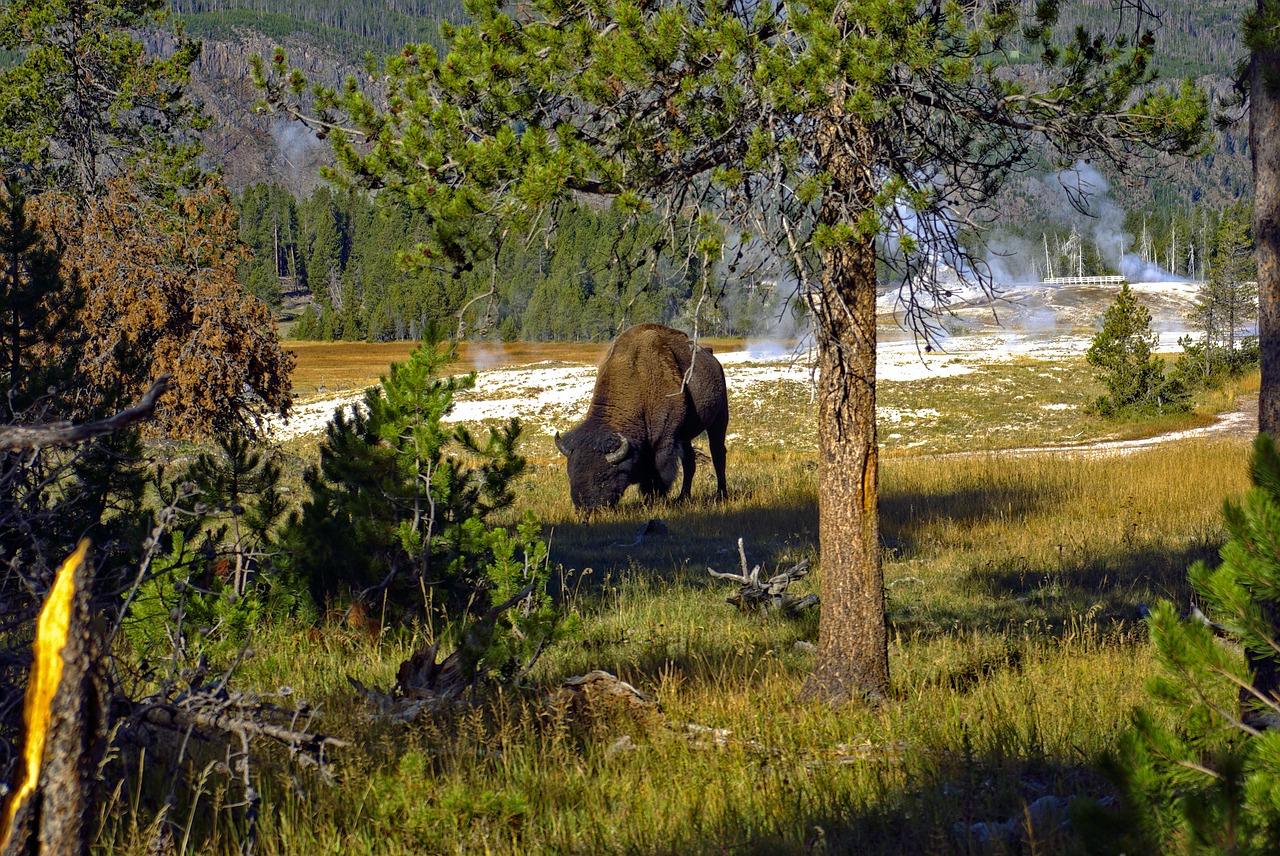 What would you say this is a picture of? Obviously, it seems like the right answer is a bison. The bison is front and center. It is the most engaging object in the photo. Notice, however, that the bison is a very small part of the photo. In fact, it covers only 4% of the photo area. What covers the rest? Aside from some steam from the hot springs and cliffs in the background, plants cover the vast majority of this picture. For some reason, it would seem wrong to call this a plant photo rather than a bison photo. Why is that? Perhaps you are experiencing plant blindness.

Our Brains Are Wired to Pay Attention to Animals

It is impossible to analyze all the neural signals our eyes send to our brains. As a result, our brains prioritize some objects over others. Human brains respond intensely to the emotion of fear. A bison is much more likely to instill fear in us compared to stationary plants. Even when something isn’t dangerous, such as a squirrel, our brains still respond more to its’ movement rather than the stillness of the background.

We prefer to pay attention to things that seem more ‘human’. Since it is difficult to see anything human about plants, we choose to see the squirrel instead. It has eyes, arms, and a mouth, whereas plants have just about nothing we can connect to (interestingly enough, we share about 60% of the exact DNA of a banana). Responding to movement is evolutionarily advantageous because it allows us to recognize predators and avoid them.

Additionally, we have a bias against anything that blends together. Plants tend to be some shade between brown, yellow, and green. Our brains tend to ignore this sort of monotony. Instead, it prefers to focus on more vivid, contrasting objects in our field of vision. If a plant is flowering with a particularly bright flower, we might prefer to look at it over other plants. However, add an animal to the equation and we are likely to ignore the flowering plant to pay attention to the animal. In short, animals tend to catch our attention, while plants rarely do. We respond to fear, movement, and contrast.

This is our biology as humans. This hasn’t changed much throughout human history. However, it provides the backdrop for understanding the concept of plant blindness. 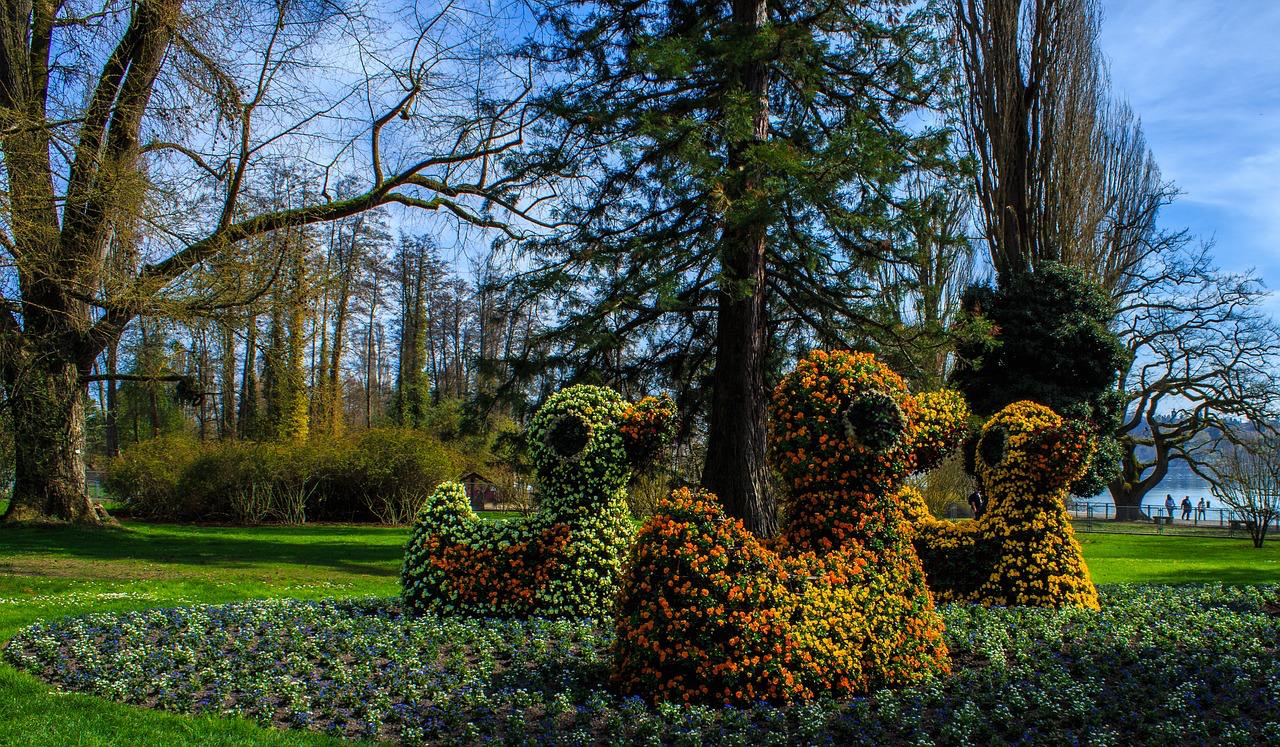 Do you see ducks or plants?

What Is Plant Blindness?

Plant blindness, as described 20 years ago by two botany professors, is “the inability to see plants in one’s own environment”. Many botanists believe that plant blindness has become increasingly common in recent years. As humans become more urban, people spend less time in the natural world. Fewer hours in nature results in less time interacting with plants. How are we supposed to know the plants if we don’t spend any time with them?

For example, did you know that there are over 3,000 species and varieties of grasses in the U.S. alone? It’s easy to overlook these modest plants and instead categorize them into a simple group, such as ‘grass’. Many of the plants you might categorize as ‘grasses’ are instead sedges or rushes, completely different plant families all together! 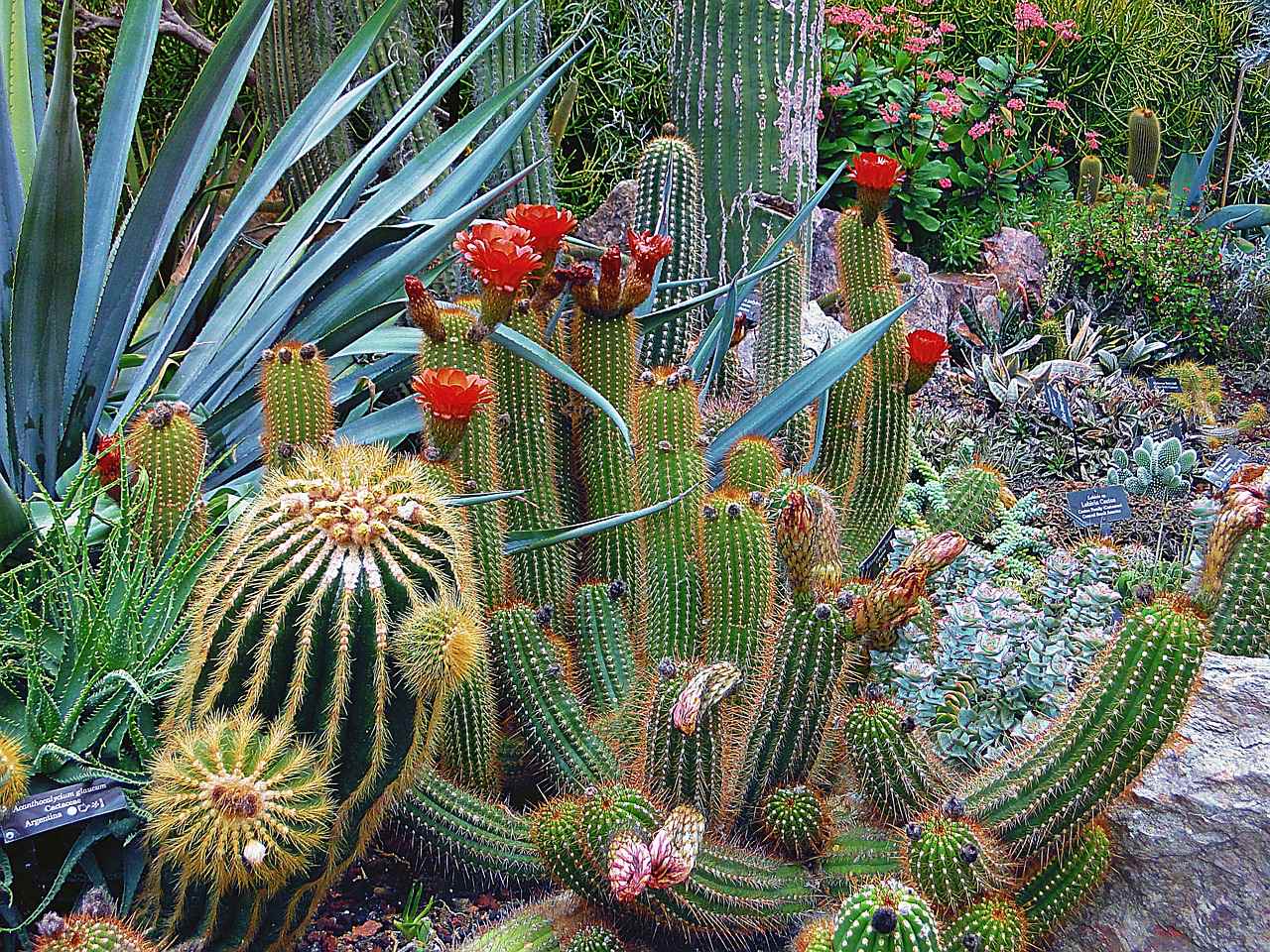 A botanic garden display highlighting the diversity of cacti. Note how those bright red flowers probably caught your attention first.

Botanists fear that a diminishing botanical literacy will result in fewer resources for plant science and conservation. A real example of this trend is seen in botany departments at universities. Since 1988, over half of the 50 most well-funded universities in the U.S. have axed their botany programs. These botany programs have been combined into general biology programs. These general biology programs have far fewer options in plant science than their former, botany-exclusive counterparts. The result? A frightening loss in plant knowledge.

This closing of programs has led to a similar decrease in botany degrees. While more students currently attend college than ever, universities produce 50% fewer students with botany degrees now than they did in the late ’80s.  In fact, across the entire U.S., fewer than 200 students received undergraduate degrees in botany in 2008.

Take a moment to consider the astonishing extent to which plants are present in our lives. We wear them as clothes. We eat them every day as food. We use them to build structures that we live and work in. We use them in over 28,000 currently prescribed medicines. We sleep on them in our beds. They regulate our climate. If plants disappeared, humans would be in trouble very quickly. Now consider again that only 200 people graduate with degrees in botany each year in the U.S.

Plants will have difficulty with our changing climate. Unlike animals, who are mobile, plants stay in one place their entire lives. If the climate becomes hotter and drier, a tree can’t walk to a cooler, wetter place. As a result, local populations of plants are threatened with extinction. With so few botanists in the country, many of these populations may go extinct unnoticed. As they disappear, we lose genetic material than could be helpful in producing the next drug or food. In order to combat the effects of climate change on plants, we need more watchful eyes than ever. Unfortunately, we know that there are fewer field botanists each year.

If everyone was as tuned into their natural world as they were two hundred years ago, we would be able to see the effects of climate change more directly. We would notice that the trees turn yellow in November instead of October. We might notice that our garden plants produce flowers earlier in the spring. Scientists have shown these trends with data, but that hasn’t seemed to make climate change the important political issue it needs to be. Perhaps if we took the time to pay attention to how our local surroundings have changed, we would be more alarmed by what’s happening. Climate change isn’t an invisible ghost. It is here now and it is only going to become more intense. 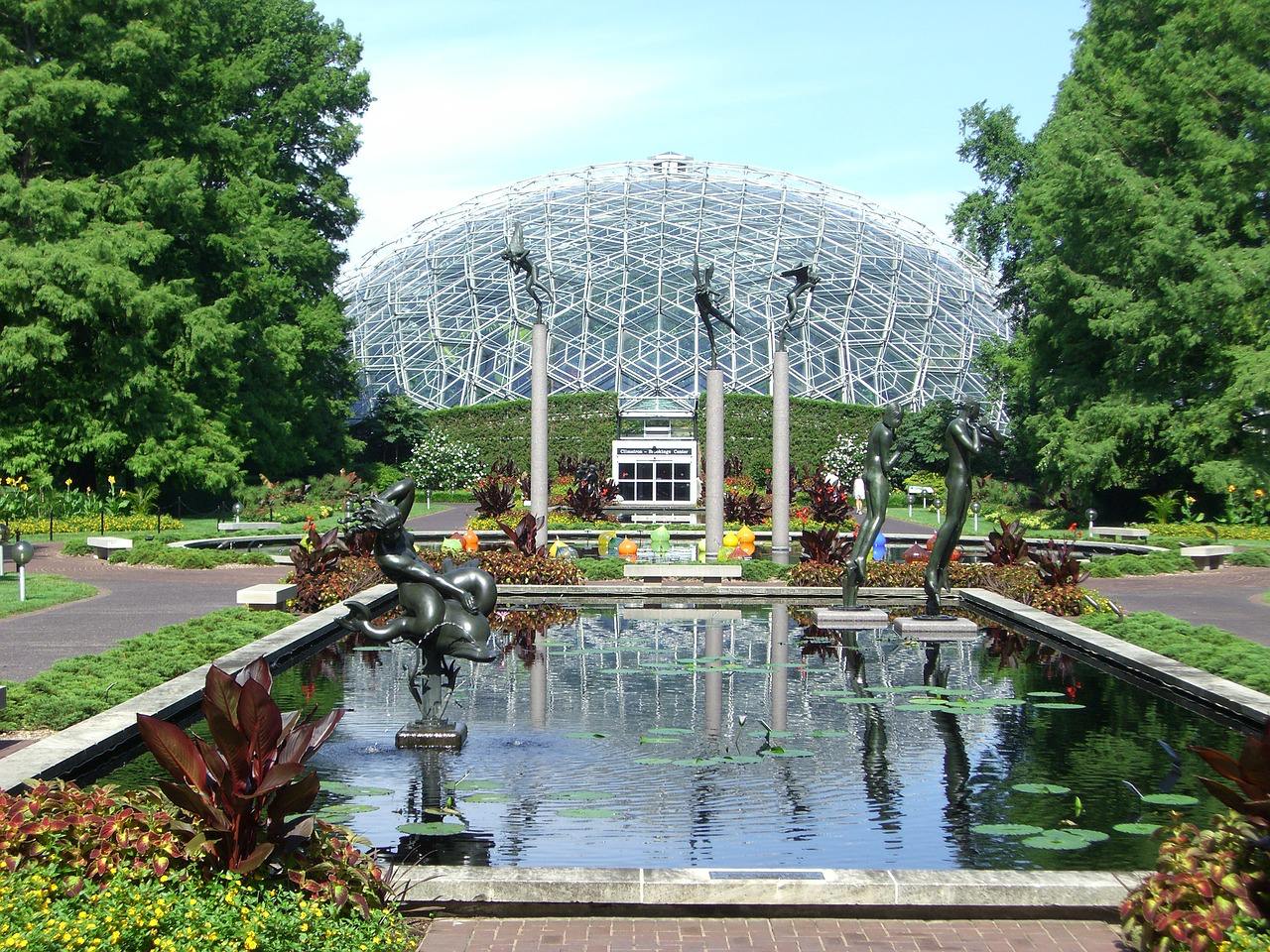 Botanical gardens, such as the Missouri Botanical Garden, are incredible resources for plant knowledge.

Maybe. It’s difficult to overstate the importance of traditional, hands-on botanical training. However, social media may provide a useful way for people to learn about their local plants. Platforms like Twitter have helped people accidentally discover new populations of rare plants. Citizen science, where regular people contribute little bits of info to the scientific community, is on the rise.

Users take pictures of a plant, and the app helps identify it. Users can see pictures of plants posted from their area. They can also communicate and share with other people in the online plant community. Apps like this are a great way to increase botanical literacy. They are easy to use, helpful, and accessible to everyone.

Can social media and citizen science make up the lack of funds for botany programs? Let’s hope so!