Why Are Pandas Endangered? • Earthpedia • Earth.com 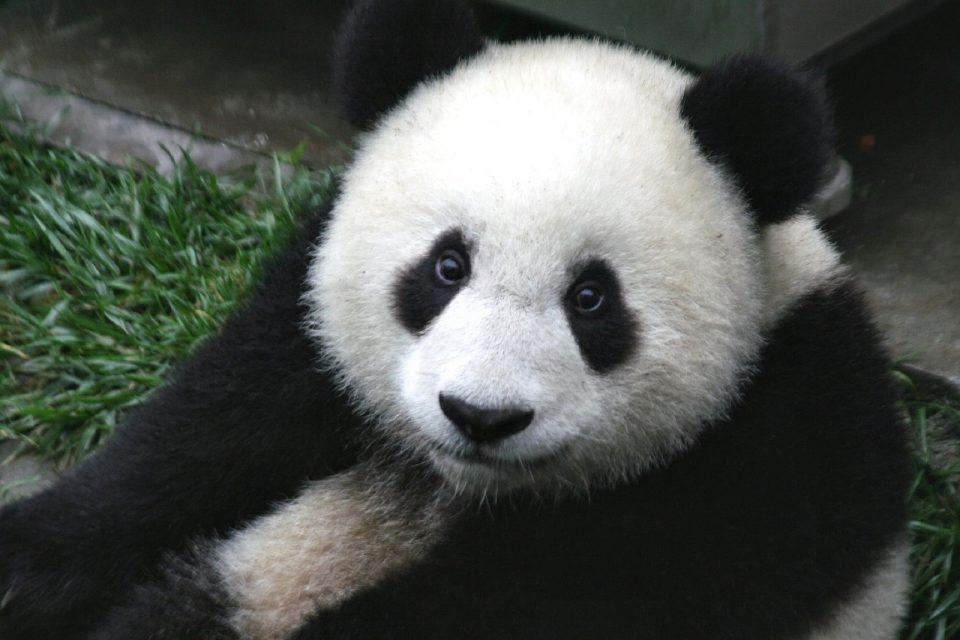 Why Are Pandas Endangered?

Pandas are recognizable, lovable bears that have appeared in movies, on money, and even in the Olympics. These bears are also the international symbol of conservation, appearing on the logo of the World Wildlife Foundation. If these bears are being closely watched, why are pandas endangered? Like most species, the answer is human activity. But before we can answer that question more completely, let’s first learn more about who panda bears are and how they live.

Surprisingly, not all pandas look like the movie-classic bears portrayed in Kung Foo Panda. There are actually two extant (living) species of panda.

Where do Pandas Live?

Pandas, also known as giant pandas, inhabit an incredibly small region of the globe. The black panda mainly lives in just a few mountain ranges in central China. They typically live in Sichuan province but are also inhabit the neighboring provinces of Shaanxi and Gansu. The brown panda inhabits an even smaller territory, only in the Qinling mountains in southern Shaanxi province. They live in isolated patches of bamboo forest and have relatively small territories of about five square kilometers (two miles). 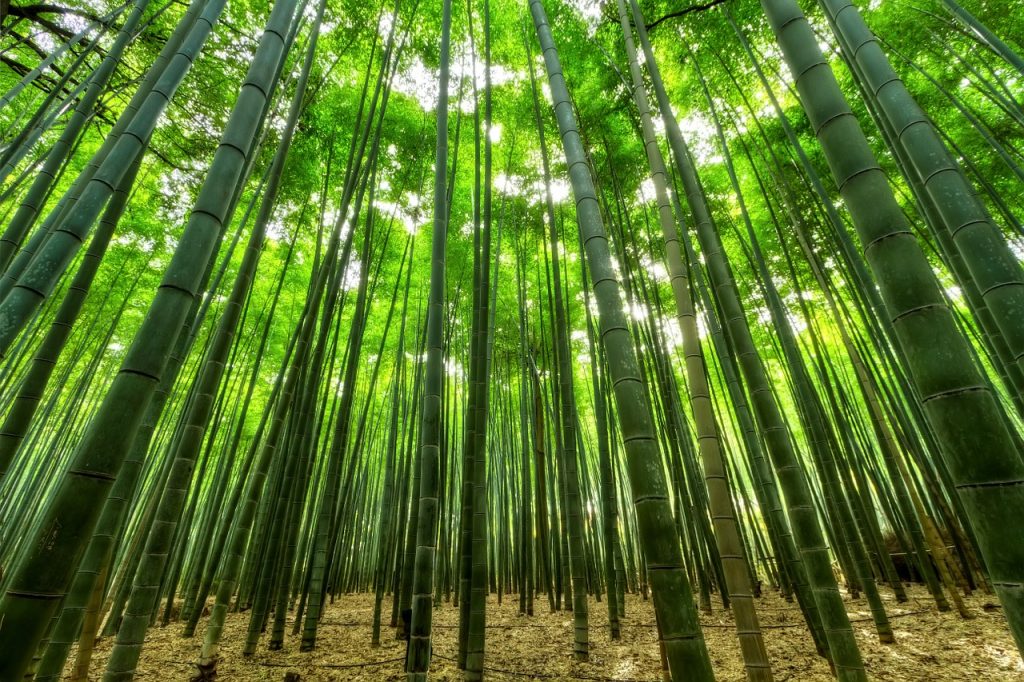 The simple answer to what these bears eat is bamboo. While they technically fall under the order Carnivora, they are actually classified as folivores. Folivores are highly specialized herbivores that have evolved to eat primarily leaves. They are fairly common in the animal kingdom; animals such as elephants, beetles (some species), and iguanas are all folivores.

Pandas rely on the leaves and shoots of bamboo for the vast majority of their diet. Depending on the region, the bears may eat black bamboo, arrow bamboo, and ‘water bamboo,’ in addition to other species. What kind of bamboo pandas eat, and what part of the plant they consume is also subject to the season. During the spring and summer, when the plants are flowering, the bears will typically consume the leaves and shoots. As fall turns to winter, their main diet is the root of the bamboo plant.

Due to the lack of nutrients in bamboo, they must consume a massive amount of the plant each day. Typically, they will eat 23–40 kg of bamboo (50-90 pounds) each and every day. Occasionally, pandas will consume meat in the form of small rodents, but this comprises only about 1% of their diet.

How Many Pandas Are in the Wild?

Pandas are extremely difficult to count, even under the best circumstances. Since the mid-1970s, China has conducted an official survey of their wild populations in order to help with conservation efforts. This survey has been conducted by many various methods including spotting of pandas, estimating based on bite marks of bamboo, and counting dung left by the bears. Recently, researchers have attempted to estimate the population size by utilizing the genomics of various wild populations.

There may be hope that those numbers are higher, though. A 2006 study conducted in the Wanglang Reserve in Sichuan Province estimated the wild population to be twice as high as a survey conducted just five years prior. This is good news for the population, the researcher concluded: “if similar disparities between traditional and molecular census estimates are found for the other key giant panda reserves…there may be as many as 2,500–3,000 giant pandas in the wild.” 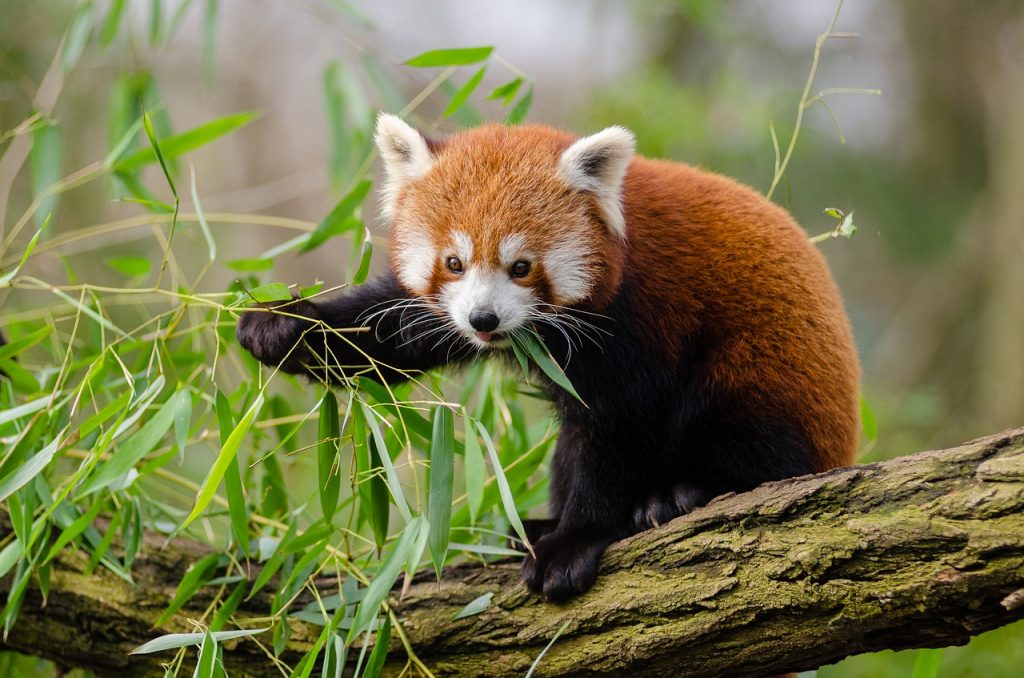 Why Are Pandas Endangered?

Now that we know where and how they live, we can revisit our first question: why are pandas endangered? As we mentioned above, the answer is human activity. Historically, the natural range of pandas was over ten times as large, spanning across much of central China. The country’s population has doubled since 1960, and those people have to live somewhere.

China’s population pushing further and further into the mountains has destroyed much of the panda’s native habit. Because 99% of their food source is bamboo, they must live in the bamboo forests on the sides of Chinese mountains.

For the past 80 years, Chinese authorities have built and maintained panda reserves. These are designated wildlife preserves meant to protect the habitat and food source for the giant bears. Today, there are over 40 panda reserves across central and southwestern China. These serve not only to protect the animals, but also to help researchers better study them to assist with conservation efforts in the future.

Do you want to help bring giant pandas back from the brink of extinction? Consider donating to organizations that support their habitat reconstruction today!